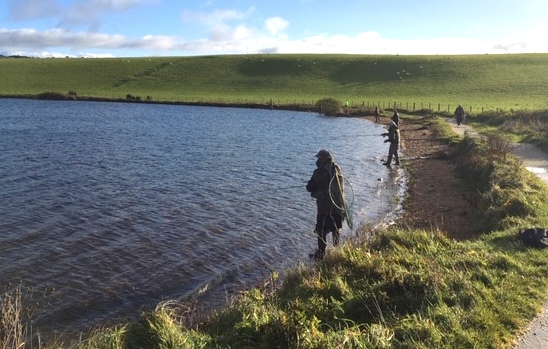 Burrator regular Nik Tompkins was first to catch just six minutes into the competition with three other anglers also taking their first fish within the first hour. However, as the morning progressed the action slowed down and after lunch the weather deteriorated with a strong north-westerly wind and torrential rain, making it very uncomfortable fishing conditions for the competitors.

All eight anglers managed to catch with many fish lost during the match, however it was Nik Tomkins who continued his fine start who took first place. Nik caught six fish giving him place 11 points. Second with five place points, catching three fish, was Mick Dodkins, a Siblyback regular. Ron Howard, travelling all the way from Chepstow to fish

the qualifier was rewarded with the third position with four points with another local Siblyback regular, Ron Wilday, Chairman of Siblyback Fly Fishing, taking fourth position, also with four points. The timing of the first fish caught separated these two anglers.

It was a very bedraggled, wet and windswept bunch of anglers in the lecture room at the fishery for the results!

The AT-TEFF would like to thank Siblyback Lake for hosting this qualifier and Derek Aunger for running the event. 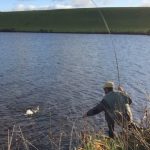 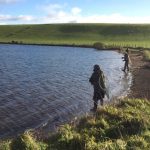 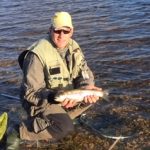 Nik Tompkins with a Siblyback rainbow 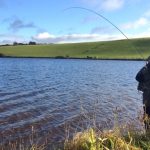