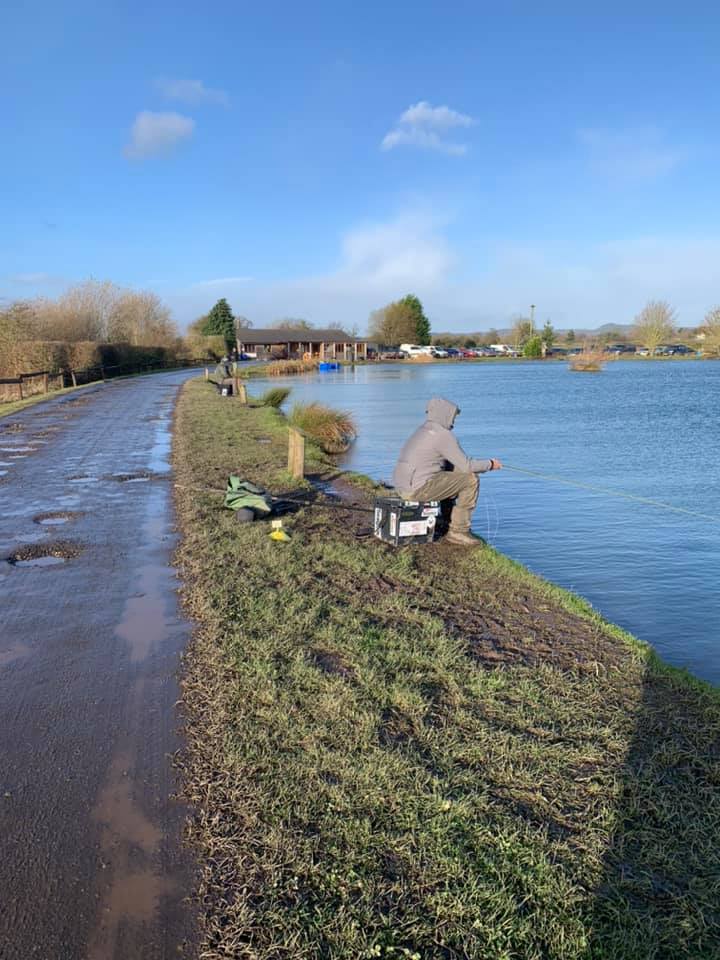 Sixteen anglers fished the sixth bank qualifier of the 2019/20 season at Ellerdine Lakes, Shropshire. With south-westerly winds forecast in excess of 40mph the competitors would be tested to their limits on match day. Many anglers had practiced prior to the event and found good numbers of fish in the two bays on Meadow Lake where the match was to be held. The fish responded well to a variety of methods from pulling dark coloured lures to fishing a range of bright patterns under the bung.

Come match day the weather forecast was right with the strong south-westerly making it difficult to stand let alone fish on one the banks! It was a quiet start with many anglers struggling to get the fish going, with the anticipated morning bonanza never really materialising. Fish came steady throughout the morning session with fish caught all around the lake. At lunch 31 trout were caught with Mark Harrison out in front with six fish closely followed by a chasing pack of anglers who had managed three or four fish.
The afternoon session saw an increase in the number of fish caught with 35 trout coming to the bank. The fish came on the feed and those anglers who caught well in the afternoon session found the fishing Diawl Bachs, Buzzers on Cormorants on floaters or tip lines to be the most successful method.

Top rod on the day was local angler Mark Harrison with 8 fish for 13 points, runner-up was Craig Barr with 7 fish for 11 points, third place was Andy Taylor with 7 fish for 11 points. Ed Upton was fourth with 7 fish for 10 points with Phil Burgess fifth catching 5 fish for 9 points and Graham Willis sixth taking 4 trout for 8 points. Sixty-six fish were caught giving a healthy rod average of just over four fish. The top six now progress to the southern semi- final in March at Elinor Trout Fishery.

The AT-TEFF would like to thank Ed and Jayne Upton at Ellerdine Lakes for hosting this qualifier and Lee Cartmail for running the event. 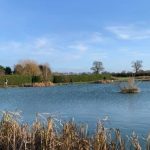 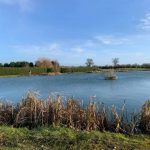 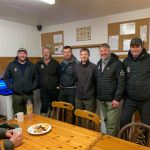 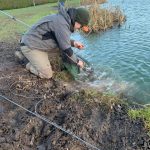 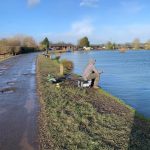