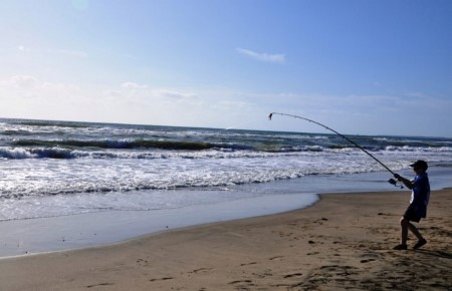 Following the England Selection Committee meeting held in Lymington on Saturday 1st February 2020 the Marine National Teams and Competition Group of the Angling Trust are delighted to announce the International teams for 2020.

Some England squads were selected slightly earlier towards the end of last year and already announced. They were the World Pairs Shore Team, World & Home Boat Teams and the World Casting squad.

SALC Home Men’s Shore Championships in Weymouth from 6th – 10th July as below;

SALC Home Youth Shore Championships in Weymouth from 6th – 10th July as below;

SALC Home Junior Shore Championships in Weymouth from 6th – 10th July as below;

FIPS-M 36th World Men’s Shore Angling Championships to be held in Mimizan, France from 19th – 26th September as below;

FIPS-M 29th World Big Game Angling Championships to be held in Dakar, Senegal from 17th – 24th October as below;

FIPS-M 4th World Masters Shore Angling Championships (over 55’s) to be held in Hammamet, Tunisia from 28th November to 5th December as below;

The Ladies team/s are to be announced at a later date. If any ladies have not completed and returned their England Application forms and are interested in applying for the Ladies World Championship in France from 19th – 26th September or the SALC Home Ladies Championship in Weymouth from 6th – 10th July, then please email; [email protected] for further details.

The Angling Trust would like to wish all the England Teams the very best of luck when competing in the FIPS-M World Championships and SALC Home Internationals this year.


While it’s something none of us want to witness, it’s vital we know how to react when a…
Read more
The campaign to save freshwater fish from elimination in Norfolk’s Hoveton Great Broad has taken a b…
Read more
The Angling Trust are sad to report the passing of volunteer bailiff Steve Allen, the recipient of a…
Read more
Winter is a fantastic time of year to get outdoors and enjoy some time next to the water. The new Ge…
Read more
The Angling Trust has joined forces with bait manufacturers Dynamite and Mainline in urgently seekin…
Read more
After a hectic and successful week navigating the consequences for angling of the government’s decis…
Read more
Martin Salter has timely advice for all anglers, along with the inside story of how we managed to ge…
Read more
The government rolled over the 2020 bass fishing measures into 2021 as we waited an outcome from the…
Read more
With anglers everywhere opting to keep it safe and local at present, short sessions make perfect sen…
Read more
The Government have now formally responded to the representations made by the Angling Trust. We have…
Read more
Following yesterday’s written communication from the Cabinet Office that fishing is to be proh…
Read more
The regulations have now been published and confirm this evening’s message from the Cabinet Office t…
Read more