Entry fee: £200 (plus optional pools available)
HQ: Nottingham Racecourse
Closure of waters for practice: tbc
Draw: TBC
Fishing: 11:00am – 4:00pm (Duration 5 hours)
Licences: All competitors must be in possession of a current Environment Agency Rod Licence. Any competitor reported by the Environment Agency to the resulting team on the day of the match will be disqualified.
Keepnet: Minimum length of 2 metres
Bait bans: No bloodworm & joker. Other local rules tbc at a later date.
Refreshments: TBC
Eligible fish: All fish caught are eligible for weighing with the exception of Game fish, Pike, Zander & Crustaceans.
Procedures: All weighing in, and recording will be carried out by Senior Stewards who will be supplied by the organising club. Therefore no teams will need to provide stewards.
Presentation: TBC

The Angling Trusts blue riband event was fished this year on the Grand Union Canal around Northampton with 42 teams competing.  In the run up to this match the canal hadn’t been fishing too well but a 2 week break for practice gave the fish a rest and it showed.  The canal fished reasonably well with some very good weights recorded, only 31 anglers failed to make 450gms (1lb) and there were no blanks which is all that can be asked for a small canal.

The Team result will surprise a few, with Sensas Devizes MG being crowned Division 1 National Champions 2021 and received the winners cheque of £1500.  But when you consider that the Devizes team live on the Kennet & Avon Canal in Wiltshire which is a very similar canal then really it should be no surprise at all.  Their total of 301pts was 15pts clear of the mighty Barnsley & District whom were runners up and will receive £500 for their 286pts and Starlets AS took the bronze medal position with 284pts.

“The team adopted a simple approach of feeding two lines at the start in 2’6” of water. One was fed with 250ml of liquidised bread and the other with a ball of ground bait. Ground bait was a combination of Sensas 3000 canal noire, sensas magic and sensas formula supreme.

Knowing that the first 30mins was critical for catching the skimmers no time was wasted feeding anywhere else.
Starting on a 7mm punch we all tried to catch some decent fish early, fortunately, this worked for most of the team.
After the bread line died it was felt best to look on the ground bait line with maggot or worm and basically progressively start to feed other lines.
The rest of the match it was a case of making the most of your peg. Fortunately, with years of experience fishing a similar Kennet and Avon canal we all managed to find some additional fish for those important extra points.
We’d like to give a special thanks to Sensas Uk for the ongoing support. 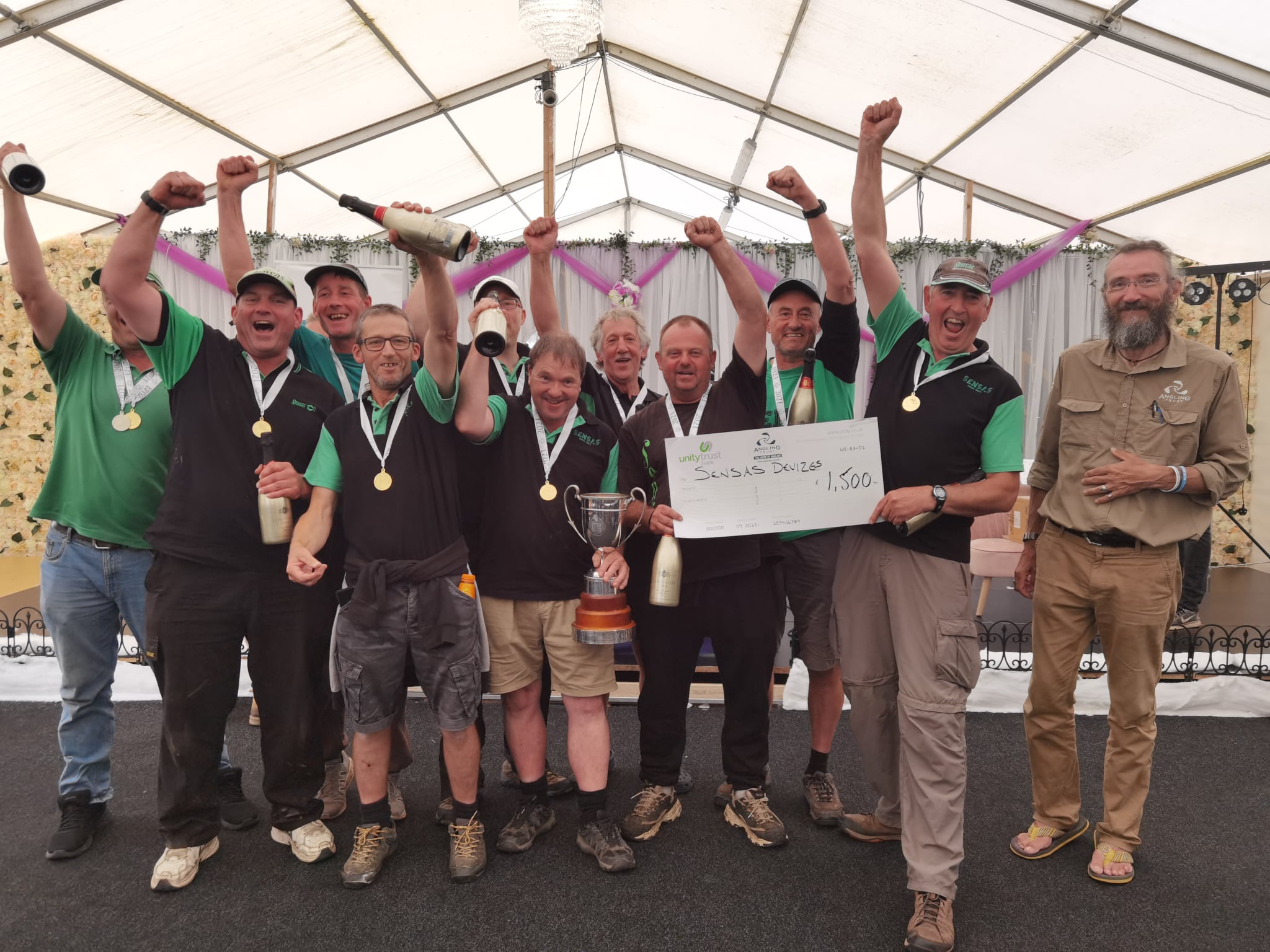 On the Individual front Dave Brown (Preston Innovations Black Horse) needed 19.170Kgs to win the prestigious Division 1 Individual title.  Fishing at peg 30 on B Section at Weedon, Dave caught skimmers on bread punch from the off and added some better samples to 3lb mid-way through the match before his peg started to fade but he had done enough to win.  Stu Bird (LTB Matrix Bait Tech) must have thought he had a good chance of winning when he put 16.700Kg on the scales from end peg 1 on D Section at Furnace Lane but in the end he had to settle for the runner up spot.  3rd place went to Dale Malpas (Daiwa Gordon League) with 14.890Kg from peg 32 close to the winner at Weedon.

The full results breakdown can be found at www.match-angling.com.

Next year’s Division 1 National will see us move back to the R. Trent (Non-tidal) around Nottingham.

The Angling Trust would like to thank Chris Howard and his team for their help and assistance in running this match and Northampton Nene for use of their waters.

Match fishings’ premier team event took place this weekend on a revolutionary split venue format, across both the Aire and Calder and New Junction canals. In the run up to the Division One National weights across both venues had been a little inconsistent, however with an average weight of over two kilos per man, there was some phenomenal fishing on show. 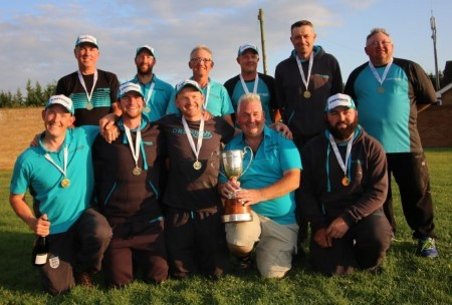 Taking the match and retaining their crown from last year on the Trent, Drennan Barnsley Blacks stormed the match with a superb 392 points. Stand out performances in the team were Tom Barlow who won F section with a stunning 10kg 150g of roach on the pole. Frankie Gianoncelli in E section was third and James Dent and Lee Kerry were both fifth. Tactics across the team focused on a short feeder chuck and long pole for bream and then short pole fishing for roach and perch, with a lot of the anglers spraying squats and fishing pinkie. 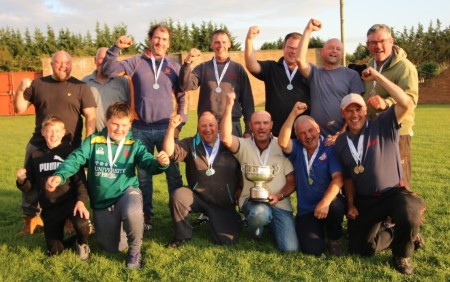 Second place on the day were local side Hull and District Angling Association who carded an impressive 382 points, averaging tenth in section per man. Barry Howgate took the honours on K section with 7kg 520grams of roach, skimmers, and bream. Another stand out performance was Scott Risplin in H Section, Scott amassed 22kg 980g and was both second in the section and the match, with a good net of bream on the tip.

Rounding out the top three was another Drennan team in Drennan Oxford, Dan Varney was their stand out angler on the New Junction canal, netting 6kg 680g of roach on the pole for second in section. This was backed by a series of solid top ten placings from the rest of the team. 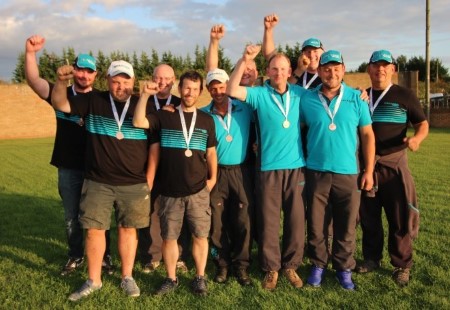 On an individual front it was Rob Jones from Preston Innovations Thatchers that put together an impressive 28kg 850g that took the honours. Rob was end peg on H section of the Aire and Calder and put together quality bream and skimmers on the tip.

Our thanks must go to local organisers Paul Caygill and Ian Hirst from the hosting clubs across the canals, to Mike Storey and the Angling Trust volunteer team for running the event. We believe this national is the best on record for average weight since the competitions inception and are thrilled by the support we’ve received from teams. Next year’s Division One National will be on the Grand Union Canal in Northampton.