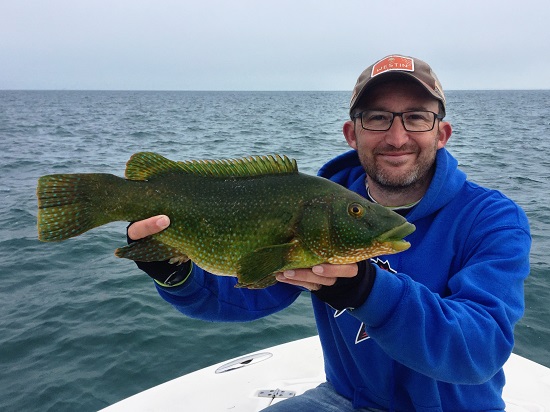 Wrasse are used as cleaner fish to remove parasitic sea lice from farmed salmon as an alternative to pesticides. However, wrasse are very difficult to breed in captivity and consequently tens of thousands of wrasse are now being captured live from around the coasts of Cornwall, Devon, Dorset, Hampshire and Sussex every year and shipped up to Scotland.

Little is known about the sustainability of wrasse populations and what impact commercial scale harvesting will have on marine ecosystems where wrasse play an important role.

However, anecdotal evidence suggests the hugely expensive operation of shipping wrasse live from the South West of England to Scotland is only necessary because localised Scottish wrasse stocks have already been depleted by the demand from salmon farms.

Wrasse are highly important recreational angling species and play an important role in the resident and tourist angling activity which supports thousands of jobs throughout the South West of England. What’s more, generations of young anglers fish for wrasse as they enter the sport and recent years have seen an exciting new development of specialist lure angling for wrasse.

The relevant IFCAs – the Cornwall IFCA, Devon & Severn IFCA and Southern IFCA – have developed a variety of management proposals to manage the wrasse fishery. However, the Angling Trust believes that the use of wild wrasse captured from England in Scottish salmon farms is a completely unsustainable and appalling use of a publically owned marine resource. Consequently, we do not feel that managing the live capture wrasse fishery is sufficient.

In 2017, the Angling Trust launched a campaign to put pressure on the relevant IFCAs to close the live-capture wild wrasse fishery. As of 2018, this hasn’t yet happened, but we are working closely with the IFCAs to ensure that the measures introduced to manage the wrasse fishery are affording suitable protection to stocks.

To read more about the management measures introduced by the Cornwall IFCA, click here.

To read more about the management measures introduced by the Devon & Severn IFCA, click here.

To read more about the management measures introduced by the Southern IFCA, click here.