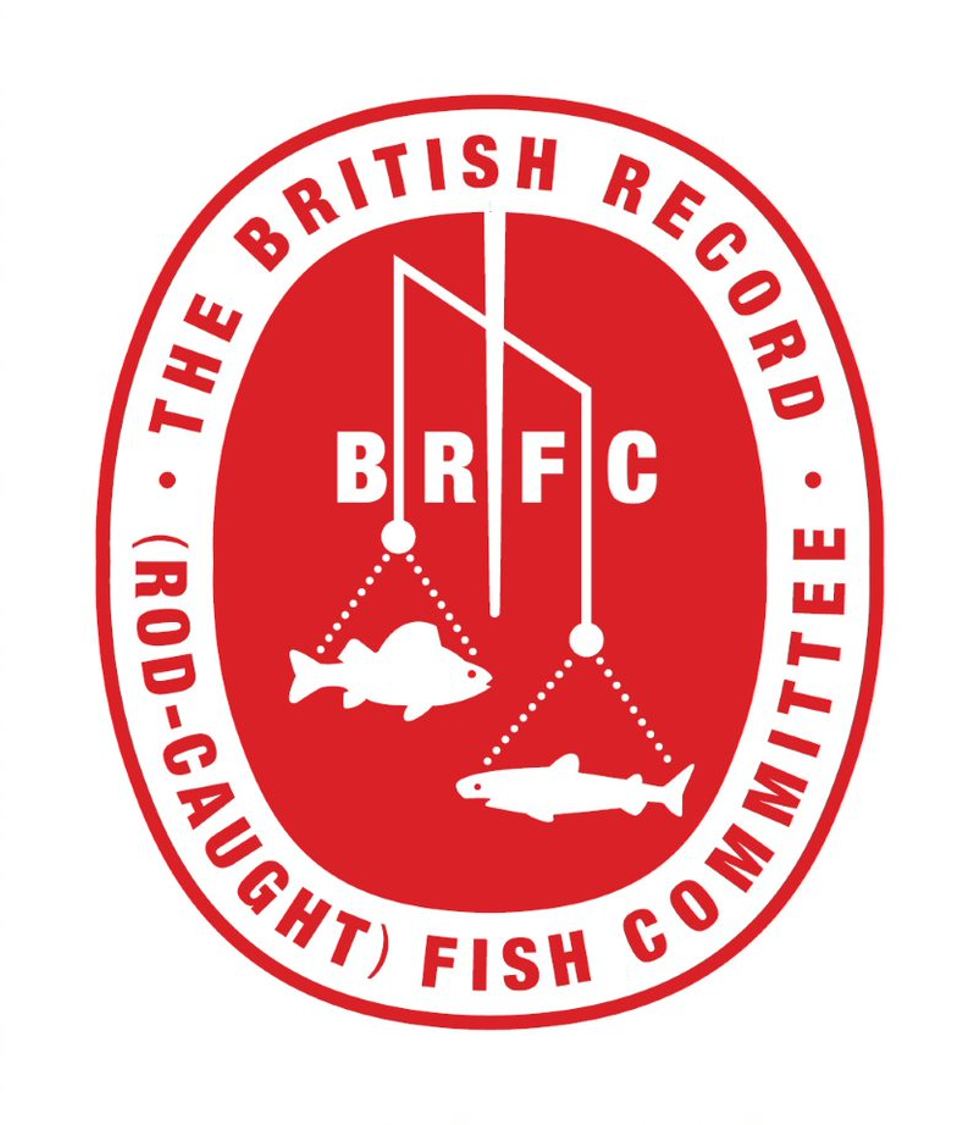 The committee has received correspondence questioning the validity of the current British sea trout record and suggesting that the fish, caught in 1992 and ratified as a British record in 1993, may in fact be a salmon. The BRFC will investigate the question of the identification of this fish to the fullest extent from the records available. 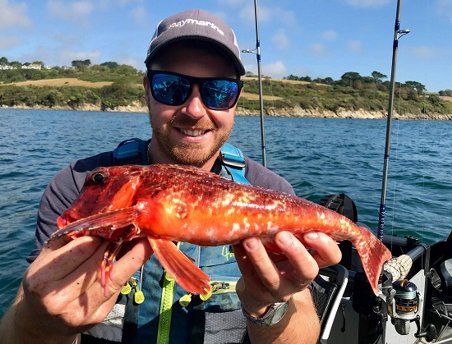 Ben Wallis with his streaked gurnard

Gary Marquis’s shore-caught Thin-lipped Grey Mullet (Liza ramada), ratified at 8lb 8oz 13dr, caught from the east coast of Guernsey on 11th August 2019. Gary’s fish is the latest in a run of record thin-lips over recent years and beats Geoff Le Page’s 2017 record of 8lb 3oz 8dr. Gary’s fish was examined at the Natural History Museum to verify the species identification. The BRFC’s Marine Scientific Advisor, Oliver Crimmen, has identified a previously unrecorded characteristic feature of thin-lipped mullet which, when thoroughly checked, may help to identify the species from good photographic evidence in future.

Ryan Wingfield has broken his own shore-caught Tope (Galeorhinus galeus) record of 75lb with a larger fish ratified at 77lb 3oz. Ryan’s new record was caught in June 2019 from a Pembrokeshire shore mark.

Mat Faulkner’s Three-Spined Stickleback (Gasterosteus aculeatus) was ratified as a record with a weight of 8 grams. Caught in July from Lower Beauvale Ponds near Nottingham, Mat’s fish just pips Dennis Flack’s 1998 record of 4 drams (7 grams). Mat’s fish was weighed on a scale which gave a reading in grams and after an adjustment for slight inaccuracy shown by the scales test the rounded down weight was agreed at 8 grams.

The Committee would like to remind anglers that in the event of the capture of a potential record fish, the captor should first contact the British Record (rod-caught) Fish Committee without delay.

Captors of potential record fish should contact the Secretary, Nick Simmonds, at the Angling Trust, on 01568 620447 or by email at [email protected] Nick will record the details of the capture and advise the claimant on progressing the claim.


The Angling Trust has joined forces with bait manufacturers Dynamite and Mainline in urgently seekin…
Read more
After a hectic and successful week navigating the consequences for angling of the government’s decis…
Read more
Martin Salter has timely advice for all anglers, along with the inside story of how we managed to ge…
Read more
The government rolled over the 2020 bass fishing measures into 2021 as we waited an outcome from the…
Read more
With anglers everywhere opting to keep it safe and local at present, short sessions make perfect sen…
Read more
The Government have now formally responded to the representations made by the Angling Trust. We have…
Read more
Following yesterday’s written communication from the Cabinet Office that fishing is to be proh…
Read more
The regulations have now been published and confirm this evening’s message from the Cabinet Office t…
Read more
It might be cold out there, but there are still some great fishing opportunities. Angling Trust blog…
Read more
Dave Munt is a Club and Fishery Development Officer for the Angling Trust and he gets to work with s…
Read more
Dawley Angling Society based in Telford, Shropshire is supporting the ‘Take a Friend Fishing&#…
Read more
Mat Woods, lure angling fan and Korum Brand Manager has given us a great bit of feedback on the plan…
Read more