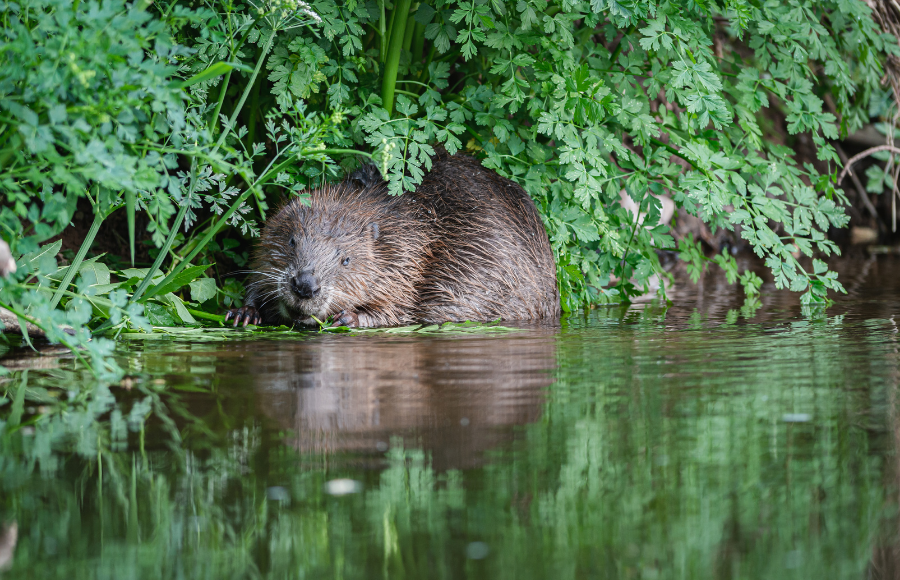 In recent years, beavers have been reintroduced into the UK, mostly in enclosed (fenced) environments. Several ‘wild’ populations have also established, including one on the River Otter in Devon, which is being used as a trial to assess the likely impacts – positive and negative – on riverine ecosystem functioning and biodiversity.

While applications for further reintroduction continue to be made, there is a need for the government and Natural England to develop a national strategy and management approach to ensure any reintroduction does not have adverse impacts on the other wildlife and particularly migratory fish species such as salmon and sea trout.

The Angling Trust, along with fisheries conservations organisations the Atlantic Salmon Trust, Salmon and Trout Conservation, Game and Wildlife Conservation Trust, the River Otter Fisheries Association, and the South West Rivers Association, have raised concerns to the UK and Welsh government, the Environment Agency, Natural Resources Wales and Natural England that, too often, introductions are taking place without a proper assessment on the impact on fish, and without a proper long-term management plan.

Mark Owen, Head of Freshwater at the Angling Trust, said:

“We are not against the reintroduction of beavers to England and Wales.  Done sensitively, they can be an important addition to our rivers and streams.  But we have concerns that in the rush to bring them back the impact they can have on fish species such as salmon and sea trout and their habitats, must not be overlooked.

“It is important to remember that salmon are a protected species, we have seen numbers decline by more than 80 per cent since the 1970s.  They need all the support they can get, including ensuring their freshwater habitats and spawning areas are protected and enhanced.  In the wrong place, the risk is that the presence of beavers could be detrimental to salmon and other fish species.”

We, therefore, welcome the publication of the report, Review of Evidence of Interactions Between Beavers and Fish and Fisheries in England and Wales by Professor Ian Cowx.

The report concludes: ‘…based on the review of potential interactions between beavers and fish and fisheries, and on the current science and evidence available, further reintroductions of beavers into the wild should not take place until the recommendations made [in the report] have been fulfilled. Once these knowledge gaps have been filled and management issues resolved, it may be possible to find solutions that would allow further controlled introductions of beaver, where their location, activities and numbers can be managed to curtail any damage to fish and fisheries or other economic or social sectors.’

We look forward to working with the government, Natural England and others in the development of a national beaver strategy and long-term management plan.