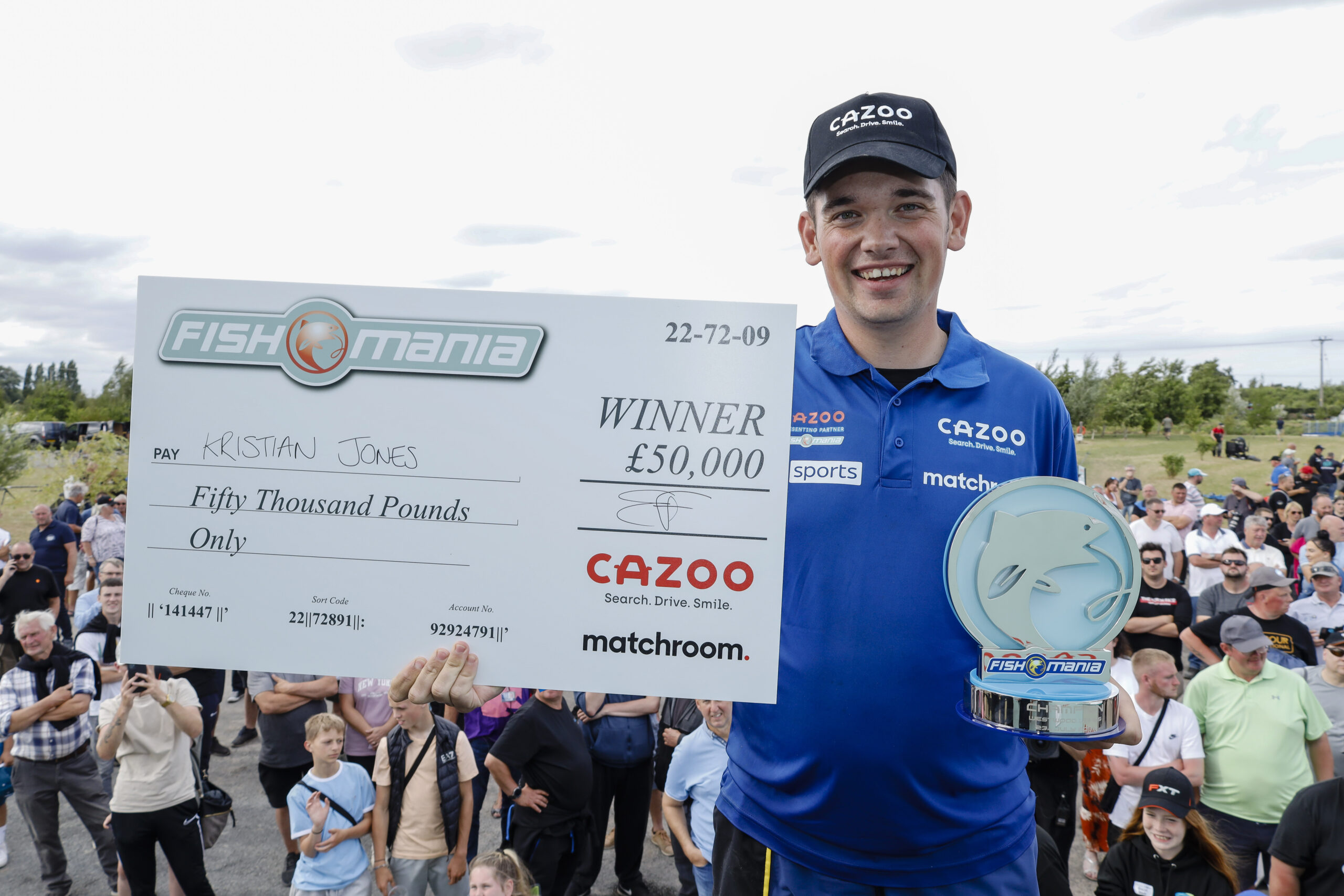 Following a phenomenal 2022 FishOMania Final held at Westwood Lakes on Saturday 23rd July, where after a nail-biting final weigh-in 23-year-old Kristian Jones was crowned champion, the Angling Trust has received a question on one of the live weigh-ins broadcast on Sky Sports.

To avoid any confusion, we wanted to clarify the process and events which took place.

We use a team of experienced stewards at FishOMania from sources including the Army angling team. With an event as high profile and popular as the FishOMania Final the weigh teams are placed under pressure to conduct 250 accurate weigh-ins at fast pace and often with television cameras and production schedules to react to whilst all the time considering the welfare of the fish.

Of paramount importance is the accuracy and integrity of the weights recorded and the competition results. Stewards were briefed both in advance and during the event on the need for weigh bags to settle and weights to hold before they are recorded.

The weigh-in in question involved the angler on peg one and was broadcast live on Sky Sports. The footage shows the fish placed on the scales and the scales fluctuating, they then read consistently, however there is fish movement, and the steward is rightly waiting to make the call Live on TV.

The steward starts to read this figure and then correctly stops calling the weight as the fish move again and cause the weight to change on the read out.

At this point the Sky camera moves slightly and the weight is no longer visible. The fish settle and the steward then waits, ensures nothing is in contact with the scales or weigh-bag and that the weight has held. He then calls the weight which is displayed after the fish have settled.

This is unfortunately not clearly visible on the Sky Sports footage, due to both the angle to the screen and the influence of the bright day on a digital display of the scales. There are angles which appear to confirm the weight called was correct, they are not clear.

Critically there were two independent stewards in line of sight of the scales and the weight was agreed by both stewards and by the bank runner in line with the rules.

On this basis, and from the information and footage we have available there is no evidence that after the fish moved and the scales held, that an incorrect weight was called or recorded, therefore this matter is closed.

We have enjoyed one of the most exciting finales to a live angling event ever and we have received numerous messages from anglers and non-anglers alike to testify that excitement fed through into the coverage.

FishOMania is the pinnacle of commercial coarse match fishing competition and once again we wish to offer our congratulations to all the finalists who made this year’s event one of the best and to Kristian Jones on a fantastic victory – see you all in 2023.