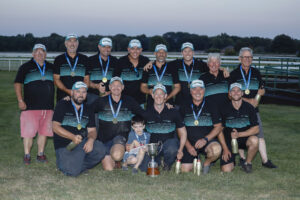 Drennan Barnsley made it four from four on the mighty River Trent this Saturday with a hugely impressive team performance that saw them lift the Division One Trophy fifteen points clear of the pack.

It was clear to see from the team’s elated faces how much this meant to the star-studded squad and Team Captain Lee Kerry commented;

“What an amazing feeling, we have been lucky to win the last 4 nationals held on the River Trent, I couldn’t be prouder now to be captain of these fine men, every single one of them make the team what it is.

And it was clear from the results that the team had fished to a somewhat conservative approach, not gambling on big fish, but relying on their individual anglers’ judgments about how to extract every last ounce from their swim. Their tactics revolved around building their weights on the pole with roach and perch, with the odd look for a bonus bream or barbel on the tip.

The team carded an impressive 84-point score which was bolstered by third places for England internationals Matt Godfrey and Mick Vials.

Second on the day were Sensas Starlets who produced a fine set of section results to tally 99 points across their ten anglers. Standouts from the team were the ever-consistent Alistair Ogilivie, Nigel Bull and Cam Hughes who all finished in the top five.

Third place went to a team that many had tipped for success in Cadence Superteam Bait-Tech. With some superb running water anglers in the side, they came home with a very consistent set of results for third place 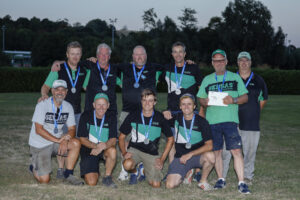 On an individual front it could not have been any closer and it was Colmic A4 Match Group’s Liam Page-Smith that lifted the title by the narrowest of 50g margins. Liam drew on A section at the viaducts, which many had foolishly dismissed of a chance at individual glory, but Liam coaxed a series of bream to 3kg on the groundbait feeder to end on 36.650kg. It was Ian Germany who finished in such a close second place with a fantastic 36.600kg from peg 13 in J section at Fiskerton. 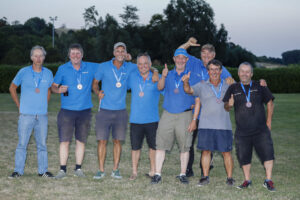 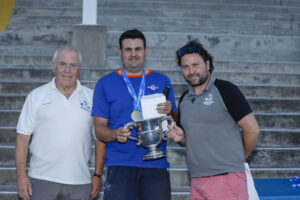 We’d like to say a huge thanks to everyone involved in making the Div 1 happen on Saturday; from the Hosting clubs, the stewards, the bank runners, all the AT volunteers and lastly and most importantly all the anglers and teams who invest huge amounts to make this event really special.

We’re really looking forward to 2023 already and with some of the excellent feedback we’ve had this year we’ll continue to evolve all the Nationals.