The Angling Trust has waded into the campaign to protect the UK’s existing environmental protections derived from European Law by emphasising the damaging impact on rivers, lakes and coastal waters should they be weakened or removed by a Bill currently going through Parliament.

This follows the ‘Attack on Nature’ campaign launched by the Wildlife Trust, RSPB and the National Trust against the Retained EU Law (Revocation and Reform) Bill, which has the potential to reverse what limited legal protections our waterbodies, wildlife and natural environments currently enjoy.

In a special briefing sent to MPs and Ministers this week, the Angling Trust argues that the Bill as currently drafted constitutes a major threat to the protection of our rivers, freshwater waterbodies and estuaries.

The briefing paper focuses on some of the potential impacts on fish, fishing and waterways. In particular, the Water Framework Directive – which drives up water quality in rivers and waterbodies, Farming Rules for Water – which incentivises good practice to reduce agricultural pollution, and the Urban Waste Water Treatment Regulations – which have driven up standards in the treatment of sewage effluent bringing a number of formerly ‘dead’ rivers back to life.

The Trust is also highlighting the importance of maintaining the Invasive Alien Species (Enforcement and Permitting) Order (2019) which designates invasive species of concern and sets out rules to prevent their introduction and spread. It underpins an invasive enforcement regime, including criminal sanctions for people introducing invasive species such as the American signal crayfish, pennywort, and killer shrimps which can devastate native wildlife populations and destroy fisheries.

The Invasive Alien Species (Enforcement and Permitting) Order is the only piece of current legislation that works to prevent the introduction of invasive species. Other legislation regarding invasive species works only to prevent their spread, and does not contain powers to stop their introduction in the first place. The weakening of the Order would open a breach in the UK’s defences against invasive species.
There has been vigorous opposition to the government’s plans including from former Prime Minister William Hague, pollution campaigner and Angling Trust ambassador Feargal Sharkey and a host of countryside and wildlife groups.

However, at the moment there is little sign of any U-turn despite the fact that strong resistance is anticipated from the House of Lords. 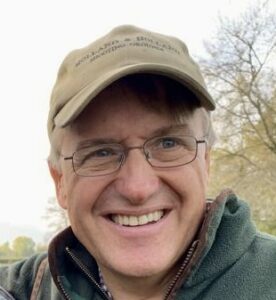 “The current legally enforceable regulations around water quality and invasive species are essential environmental safeguards. The Angling Trust’s professional team will be working with MPs, Ministers and their officials to try and ensure that these protections are maintained and, where necessary, strengthened.”

“It’s time the angling community made its voice heard on measures that threaten to undo years of hard work to gain some measure of protection for the environment upon which our sport depends. We have enough trouble as it is with rogue pollution from agriculture and storm sewage overspills without removing the legal framework which enables action to be taken against those who deliberately damage our waterways.”

DEFRA has the largest number of regulations and protection that have been brought into UK law from the EU. Evidence presented to the REUL Bill committee (November 8th) now estimate that DEFRA would have to review, amend, or scrap by the deadline of December 31st, no less than 835 different regulations and laws. This will paralyse the work of DEFRA at a critical time, when the need to respond to the biodiversity and climate crises has never been more urgent. Those environmental regulations not dealt with would automatically fall.

Watch out for details of how anglers can contact their MPs on this important issue.

Retained EU Law Bill and the threat to the UK’s water environment:
Download a copy here

Regulations that are vital to fish and fishing

This September, the UK Government launched an unprecedented attack on nature. What is it proposing?

This has real-world impact. These plans:

Taken together, these plans are an attack on nature. The UK Government has committed in law to start to restore nature by 2030. There is no way this target will be reached if what is being proposed takes place. Read more about the attack on nature.