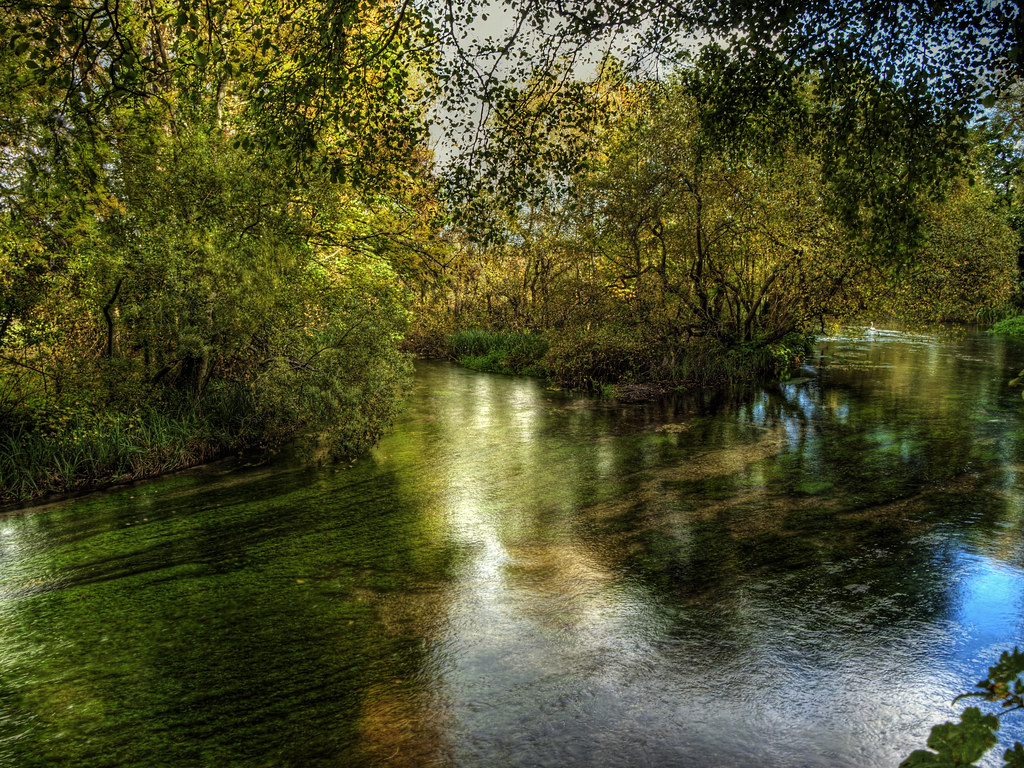 Chalk streams are one of England’s most unique habitats, but we are losing the qualities that make them what they are. With only around 200 chalk streams in the world, 85% of which are in England, it should be seen as our moral obligation to ensure these fragile waterways don’t fade before our eyes. Once we lose their unique qualities, we will be unable to get them back – but there is hope, if we take action now.

So, what IS so special about chalk streams? These distinct rivers originate from springs where chalk forms the bedrock. As chalk is permeable, water is able to percolate through the ground to the water table below resulting in chalk streams receiving little surface runoff. This provides them with beautifully clear water that contains little organic matter and sediment.

Chalk streams are prominent features in our landscape. From the River Itchen to the Avon, the Frome to the Kennet, chalk streams have played an integral role in all scopes of our heritage, including angling. They provide important habitats for iconic species like Atlantic salmon, sea trout and grayling, but just as these species are slipping through our fingers, so are the chalk streams they call home.

The Threats in a Nutshell

Stretching across an area of 324 square miles from southern Oxfordshire to Hitchin in Hertfordshire, the Chilterns Area of Outstanding Natural Beauty (AONB) features an abundance of chalk streams. Tragically the Chilterns aquifer which feeds these internationally rare streams has been abstracted since the mid-20th century, causing a drastic reduction in their flow and unnaturally elongated drying periods. The Chilterns chalk streams are in crisis.

Chalk Streams First offers a permanent and sustainable solution to the Chilterns chalk streams crisis. Alongside The Rivers Trust, Salmon & Trout Conservation, The Wild Trout Trust and WWF UK, we are proposing that the Chilterns chalk stream crisis should be resolved by almost complete cessation of chalk groundwater abstraction in the upper parts of the Colne and Lea valleys. This would allow re-naturalisation of the chalk stream flows and enable these fragile systems to restore themselves to their former glory over time. But we must act now – once chalk streams lose their unique qualities, they are impossible to get back.

But it’s not just the Chilterns that we are driven to save. In addition to our Chalk Streams First collaboration, we have also recently supported the launch of a Chalk Streams All Party Parliamentary Group (APPG) to push the needs of chalk streams further up the Government’s agenda.

Time is running out for all of our precious freshwater habitats, but none more so than the chalk streams that characterise our countryside. The Angling Trust is dedicated to standing up for these invaluable waterways and both the fish and fishing that depend upon them.


For over forty years, the EU Commons Agricultural Policy (CAP) has directed how land is farmed and m…
Read more
The Challenges and Choices Consultation deadline has been extended to the 24th September 2020 due to…
Read more
After a delay of nine months, the Environment Agency have today (17th September) released the latest…
Read more
Globally, monitored populations of migratory freshwater fish have declined by an average of 76% betw…
Read more
Angling Trust’s sister organisation, Fish Legal, has put the environmental regulator in Wales on not…
Read more