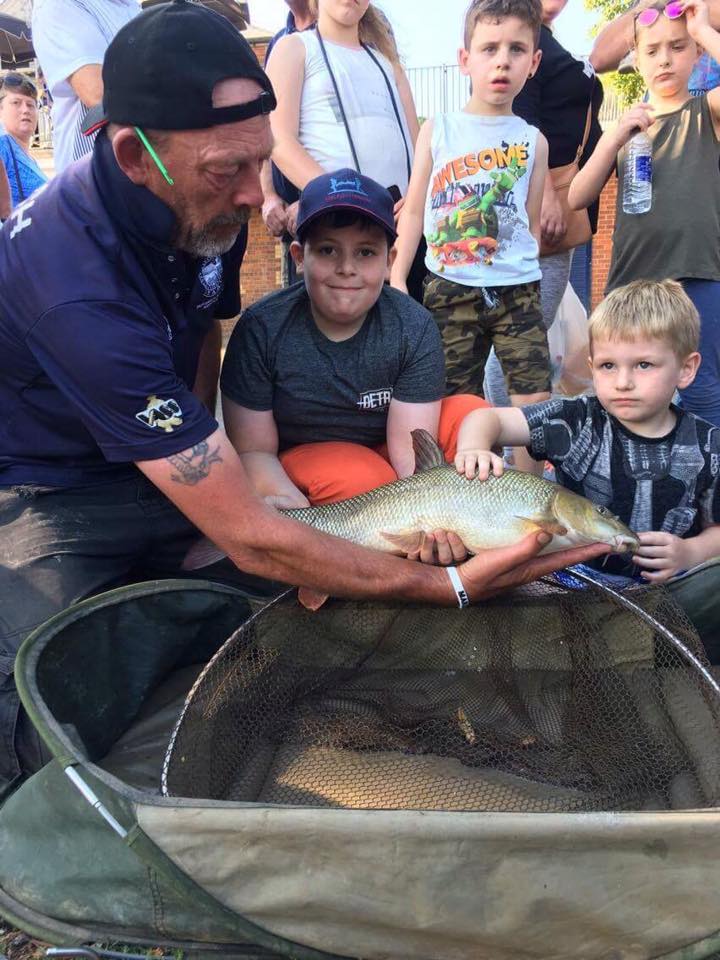 National Fishing Month (NFM) continues as one of the largest fishing participation initiatives, following the introduction of nearly 13,000 new people to angling this summer. They took part in a nationwide schedule of 330 special NFM events – a new record – held across six weeks during July, August and September 2017.

One of the first weekend’s events was especially organised to run alongside the Basildon Carnival Festival held at Northlands Park in Basildon, Essex, where coarse angling coaches offered sessions on the lake in the park, alongside pond dipping and rig-tying clinics.

The NFM silver jubilee successes continued through the remainder of July and into August at hundreds more events nationwide.  The highlight of second weekend of NFM took place at The Game Fair, held this year at Hatfield House, Hertfordshire. Over 500 riverside coaching sessions were delivered by members of the Professional Anglers Association (PAA) and the Game Angling Instructors’ Association (GAIA). There were many joyous, smiling faces as first-time anglers caught some outstanding fish, including carp and pike. The National Fishing Month display tent area included crowed-pulling and highly entertaining demonstrations of fly tying, rig building, lure fishing techniques and cooking your catch.

One of the final NFM events took place at the Evesham Festival where, despite the typically unpredictable British bank holiday weather, the team still managed to coach more than 200 people on the banks of the Warwickshire Avon. Whereas the experienced anglers fishing the major competition that weekend struggled to make decent catches, PAA coaches and the participants were having a great time catching big pike, carp and bream.  A fabulous weekend was enjoyed by everyone involved. 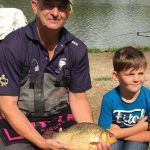 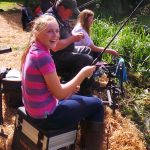 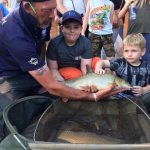 Naidre Werner, Chair of the Angling Trades Association (ATA) which runs NFM, commented: “I’m amazed by the results from this year’s silver jubilee celebrations.  We continue to owe a debt of gratitude to the enthusiastic, loyal support of the voluntary organisers and coaches who actually plan and deliver the events every year.  It’s down to their hard work that the sport is exposed to so many people. They are ones who build initiatives like NFM and recruit the next generation of anglers to our wonderful sport.”

“We are also grateful for the funding support that we receive from the Environment Agency, as well as the regional and national support from the Angling Trust, the Professional Anglers Association and Angling Cymru. For 2017 we have continued to enjoy outstanding support with over 100 of events organised by the Canal and River Trust. Working together we have achieved these fantastic results.”

Naidre added: “This year, we have benefited from continued headline sponsorship from Daiwa, Leeda and Pure Fishing and also physical help in facilitating support to the organisers from Fosters of Birmingham and Fishing Republic. Outstanding support has also come from manufacturers such as Dinsmores, Fladen, Fox, Korda, Middy, Svendson and Tricast, retailer Angling Direct – which donated nearly £3,000 through its ‘Bag for Life’ scheme – and publishers, including Angling Times and Angler’s Mail. They have all demonstrated the admirable virtue of ‘putting something back into angling’, and I applaud them.”