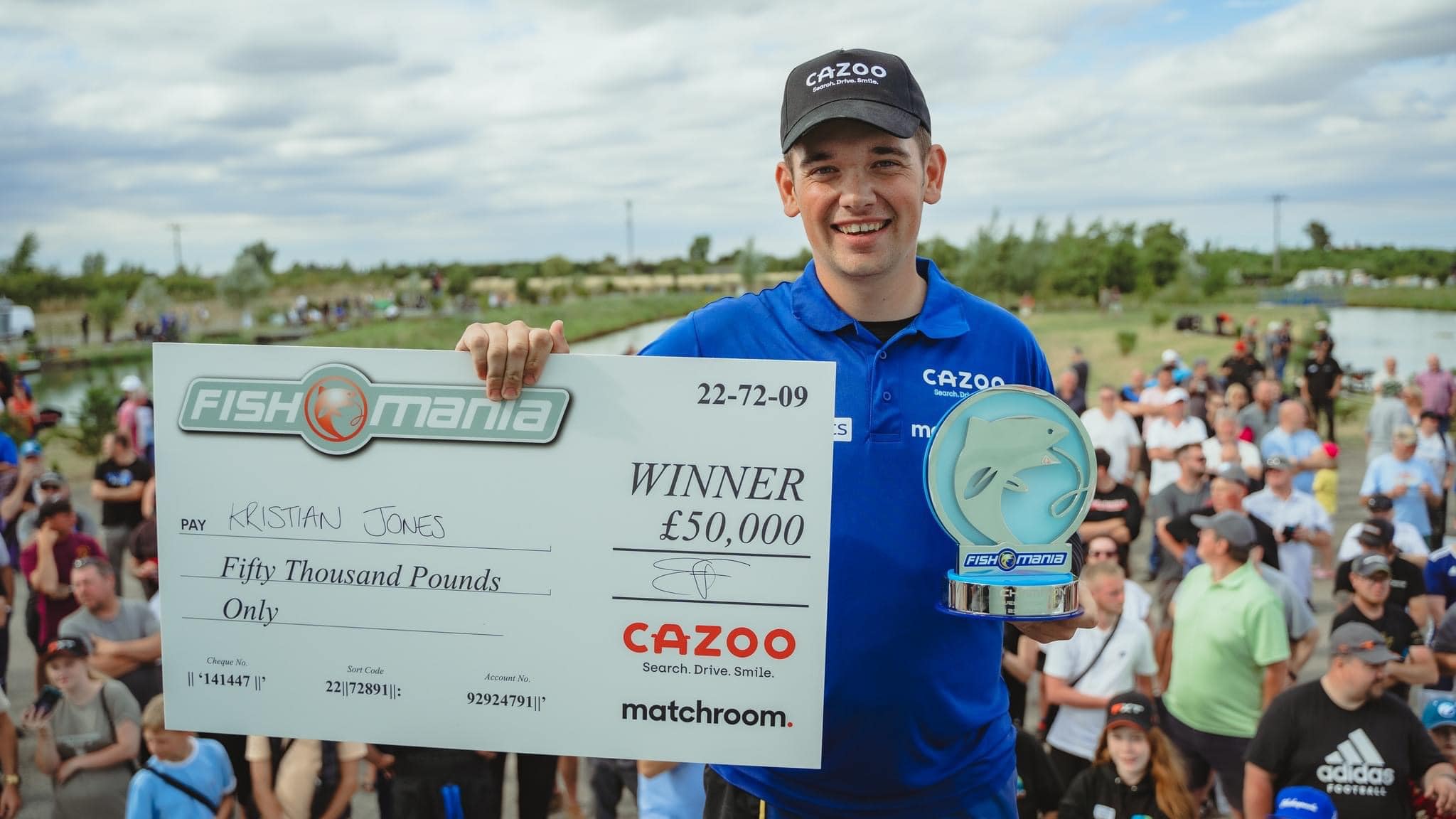 MATCH ACE Kristian Jones has scooped the Cazoo FishOMania 2022 title by the finest of margins in a tense clash of match fishing’s titans at Westwood Lakes, Boston.

The Ellesmere Port, Cheshire angler earned himself a £50,000 payday thanks to his 56.750kg haul from the venue’s Falcon Lake and won by just 410g – effectively one fish – over fellow North-West angler Andy Dyson.

It was a mammoth 10kg final weigh in which delivered the victory for the 23-year-old professional angling coach, despite being told by his bank runner that it might not be his day.

Kristian, drawn on peg 10, struggled with the consistency of front runners Artur Hilmi, Andy Power, and Andy Dyson early in the match with all three plundering the lake’s F1s with their shallow fishing tactics.

“My bank runner kept telling me I was too far behind and to fish for second,” revealed Kristian. “I know the lake well and expected shallow fishing to play a part for me but during the lulls I kept feeding the edge and I started to see some fish come in, so I binned off fishing shallow and I concentrated on my edge.

“When I went down the edge, I started to catch some proper carp – the first fish in the sixth weigh in was a 6lb carp – and knew that if they kept coming, I could catch up with Art catching F1s.” 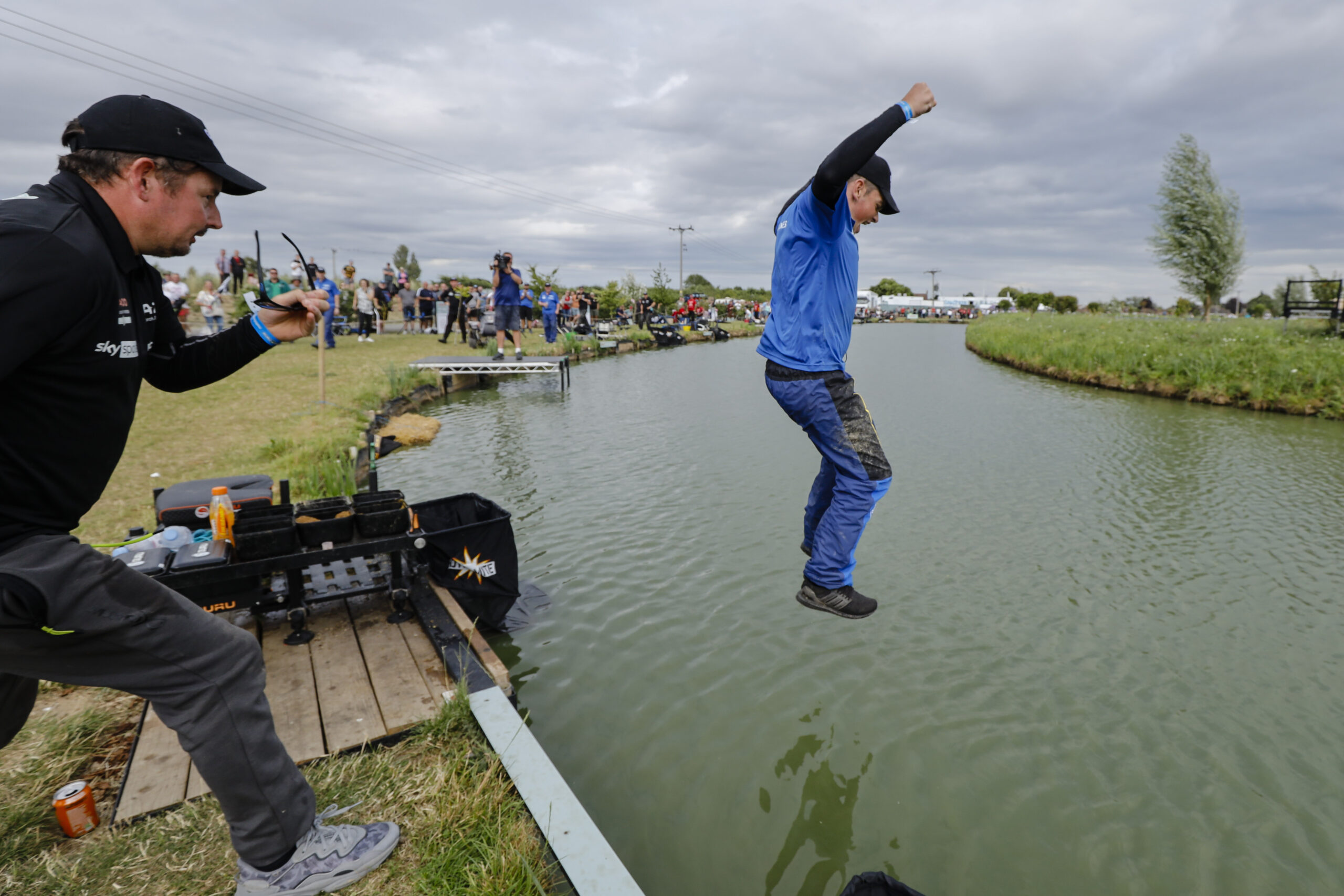 KEEPING UP WITH THE JONES

Art Hilmi and Andy Power were the duo trading punches in the early rounds with Power taking the lead from Hilmi on several occasions by tiny margins.

Hilmi looked to have taken victory with just 5kg separating him and Dyson going into the final weigh-in before Jones knocked the pair out the park with his strong finish.

Kristian went on a run from the sixth weigh in to close the gap before sealing the deal in monumental style. His 8.5kg got him going in the sixth weigh in and was followed by 6.4kg in the seventh, 5.3kg in the eighth, 8.50kg in the ninth and the final 10.325kg put the trophy and cheque in his arms.

“You don’t think it’s going to happen until it happens. I still didn’t believe it when they told me at the end,” he added. 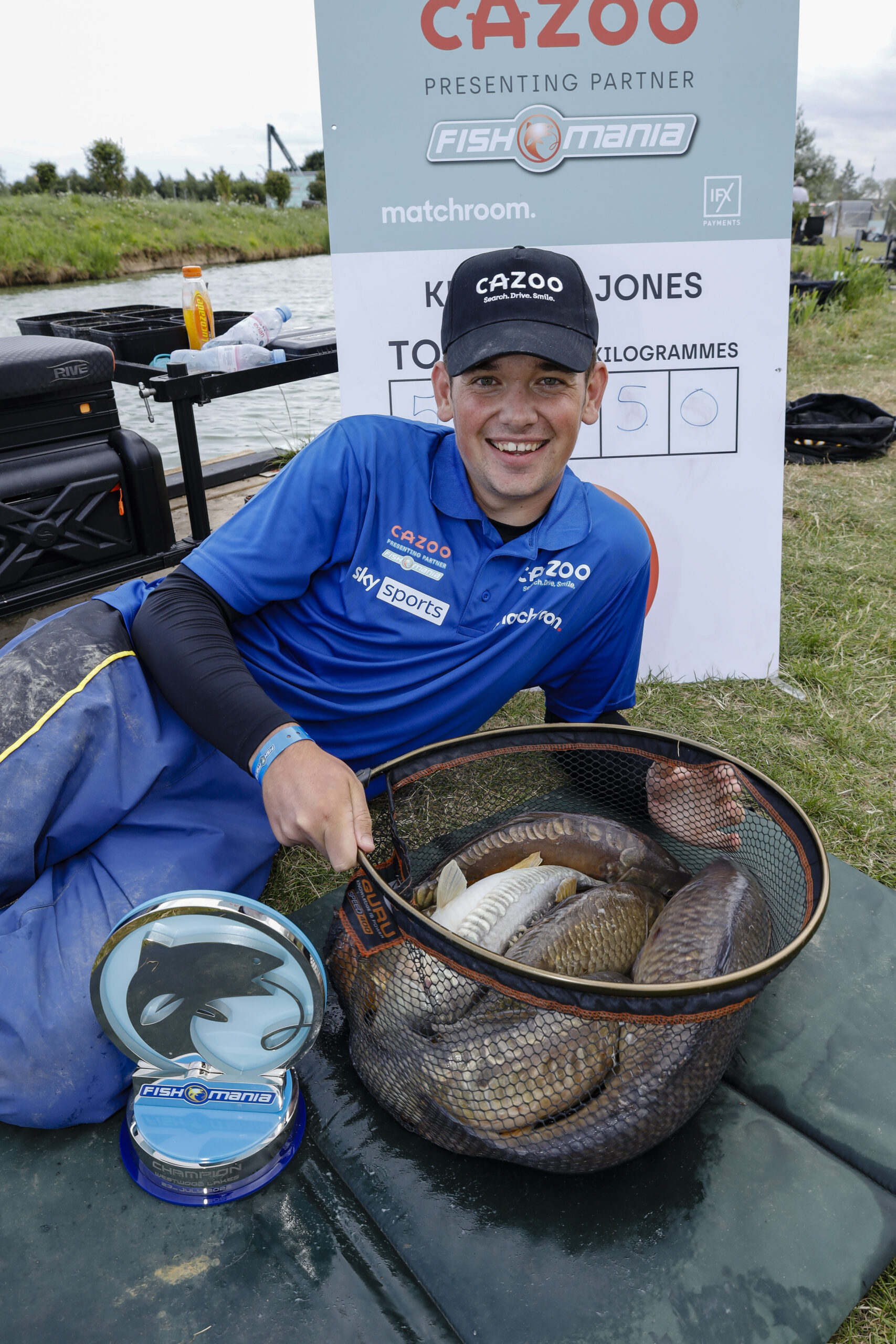