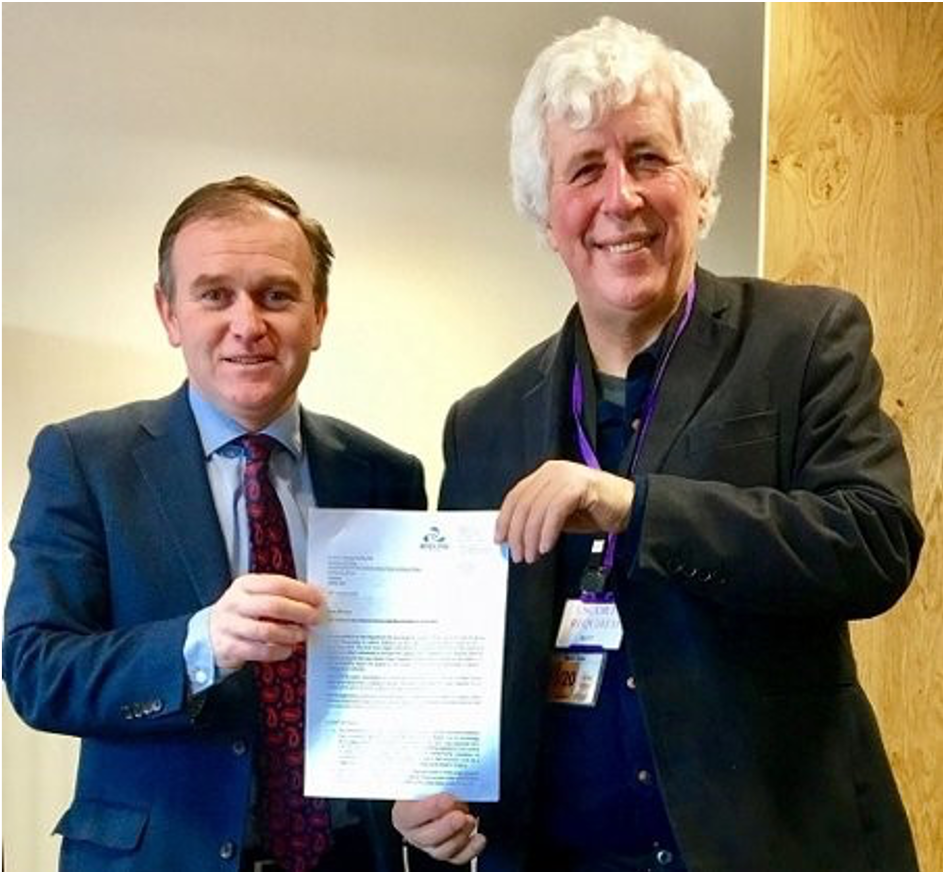 Campaigners from the Angling Trust and Avon Roach Project have presented a joint letter to Fisheries Minister George Eustice repeating the call by thousands of anglers for cormorants to be added to the general shooting licence in order to reduce unsustainable predation on vulnerable fish stocks.

This followed the conclusion last month of the online consultation as part of a government review of the general licence to which anglers were encouraged to participate.

In their joint letter to the Minister the campaigners said:

“We strongly believe cormorants should be added to the general licence, subject to a regular review of their conservation status to ensure a proper balance is struck between these birds and the need to protect and restore our fisheries and our aquatic ecosystems.”

“The biodiversity of rivers and stillwaters is at serious risk from excessive predation from cormorants. Figures on cormorant abundance from the British Trust for Ornithology (BTO) suggest that the UK population has undergone a 53 per cent range expansion and that the overwintering population of cormorants in Great Britain has grown from just a few thousand birds in 1980s to a staggering 62,000 individuals today. With each bird requiring approximately in excess of 1lb of fish every day it easy to see why roach and other prey fish have had such a hard time on many river systems over the last 30 years.”

At a meeting with George Eustice, Angling Trust Policy Chief Martin Salter pressed the minister to set out what further steps his department is taking to consider the evidence submitted by anglers and fishery owners and to include this in the review of the general licence.

“It is an accepted fact that predation by cormorants is a significant factor in fish population declines, particularly in the context of low flows, loss of spawning habitat, barriers to migration and pollution that threaten the regeneration of fish populations. Cormorants pose a direct threat not only to coarse fish but to designated endangered fish species protected under European legislation, including European eel, Atlantic salmon and lamprey. We need our politicians to recognise that fish need protection as much as mammals and birds. It’s about restoring a sustainable balance.”


The Angling Trust has joined forces with bait manufacturers Dynamite and Mainline in urgently seekin…
Read more
After a hectic and successful week navigating the consequences for angling of the government’s decis…
Read more
Martin Salter has timely advice for all anglers, along with the inside story of how we managed to ge…
Read more
The government rolled over the 2020 bass fishing measures into 2021 as we waited an outcome from the…
Read more
With anglers everywhere opting to keep it safe and local at present, short sessions make perfect sen…
Read more
The Government have now formally responded to the representations made by the Angling Trust. We have…
Read more
Following yesterday’s written communication from the Cabinet Office that fishing is to be proh…
Read more
The regulations have now been published and confirm this evening’s message from the Cabinet Office t…
Read more
It might be cold out there, but there are still some great fishing opportunities. Angling Trust blog…
Read more
Dave Munt is a Club and Fishery Development Officer for the Angling Trust and he gets to work with s…
Read more
Dawley Angling Society based in Telford, Shropshire is supporting the ‘Take a Friend Fishing&#…
Read more
Mat Woods, lure angling fan and Korum Brand Manager has given us a great bit of feedback on the plan…
Read more