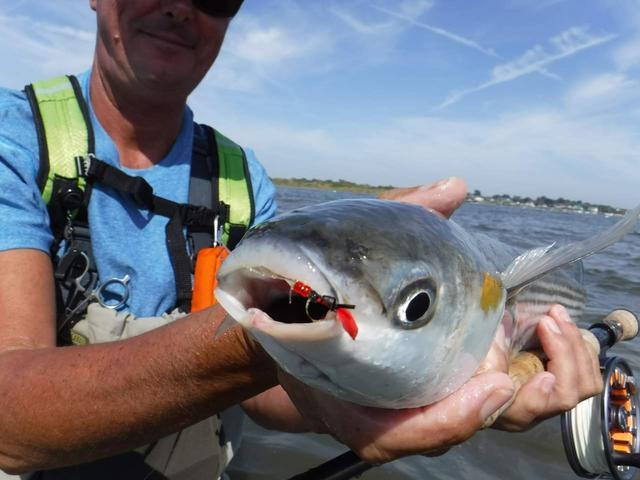 Andy Burt, Chairman of the National Mullet Club, provides his expertise and understanding of grey mullet species through this new blog series, with new articles posted over the coming weeks.

In the next few weeks I hope to provide you with an insight into these fascinating fish and not only why you should add them to your bucket list of fish to catch, but why more than ever they are under threat and require conservation measures to ensure their future.

A survey carried out a few years ago came to the conclusion that grey mullet were the fourth most popular quarry for a sea angler. This is in some ways a surprising statistic as talk to most sea anglers you might bump into and few have never caught one – not on purpose anyway. Dig deeper and you find that so many want to try and catch these fish, often tagged as too hard to bother with. Impossible to catch? Definitely not, although they do have their moments! Hard to catch? Well, sometimes, but we are as is often said “fishing not catching”.  Couple this with the fact they can be caught using any recognised method by sea, coarse or game anglers, and then add in their nickname of the ‘British Bonefish’ for their never give up attitude, and you start to see the potential. There really is not a fish, probably anywhere as enigmatic, that has more rumours and mystique surrounding it, is so highly visible or at times so frustrating when you try to catch one – the ultimate quarry? The perfect quarry for any angler?!

There are three species of grey mullet in UK waters; golden grey, thin lipped and thick lipped. It is the latter two most commonly seen in our harbours and estuaries. The thick lipped is the largest of the three, the most popular quarry and the one we will concentrate upon. They can be caught (thick lips anyway), year round in Cornwall, then as spring comes throughout much of the UK and Ireland with perhaps only the North Sea coasts of England and Scotland proving difficult, though not impossible to catch for someone wanting a challenge.

Of the three species the smallest is the golden grey, it favours sand and beaches where it can often be found in extremely shallow surf. The areas you could hope to target these great little fish are South Wales, Cornwall and then all along the south coast. They are also the most predatory of the three species and often caught on small rag worms or bits of mackerel, and like all grey mullet put up a fight that belies their size. They make a great target for a fly fisherman wanting to try something different.

Next the thin lipped, widespread throughout the warmer months they can be caught on the same beaches as golden greys and being the most tolerant of the three species to freshwater often miles inland! They can be caught on a variety of methods and they are a favourite of the fly fishermen, but by far the most popular method is spinning for them. This usually consists of a Mepps type spinner, the treble hook is removed and replaced with a short 3 – 6” length of stiff mono (helps stop tangles). To this a hook – a size 6 Aberdeen is a good choice – is baited with a section of a bigger rag worm or bunch of harbour ragworm. This is cast out and all that is required is a steady retrieve, it is usual to see the fish chase the lure and snatch at it making this a great exciting way to fish. An added bonus is the other species, especially bass, that can be caught like this.

Have a look at Martin Salter’s blog for some more insight and tips!

Thick Lipped grey mullet. These are the largest of the UK grey mullet species, the most widespread being a viable target in warmer months throughout Ireland, Wales, most of England and the west coast of Scotland. Although they are often caught on the coast it is the harbours and estuaries where most fishing for thick lipped takes place. It is also the most popular for an angler not least for its size and reputation as the hardest fighting of the three species, but as a fish with a reputation for being a challenge. They can be caught on fly or lure, but by far the most popular way to fish for ‘thicks’ is with bait, normally bread, although bits of mackerel flesh and bunches of harbour ragworm often called maddies make a great bait. The list of baits and possibilities are many but by far the most popular, probably for ease of use rather than effectiveness, is bread. This is fished on freshwater type tackle under a float with mashed bread as groundbait either thrown in or placed in an onion sack and tied near to where you intend to fish. For sea anglers this represents a chance to learn a new method, for coarse anglers an opportunity to start fishing in the sea often on holiday and for the game angler a great fish to target when the trout are not playing or another challenge is sought.

The grey mullet species represent a fantastic example, perhaps the best, of a genre that can interest every section of our diverse sport whilst presenting a challenge equal to any other fish in our waters. Their poor reputation for eating has always meant they are of little commercial importance and fetch little at market. Unfortunately, they are still quite heavily targeted in some areas of the UK which has led to a startling decline in their population. A decline the National Mullet Club and Angling Trust are determined to reverse so generations to come can enjoy fantastic the sport the enigmatic grey mullet have to offer.