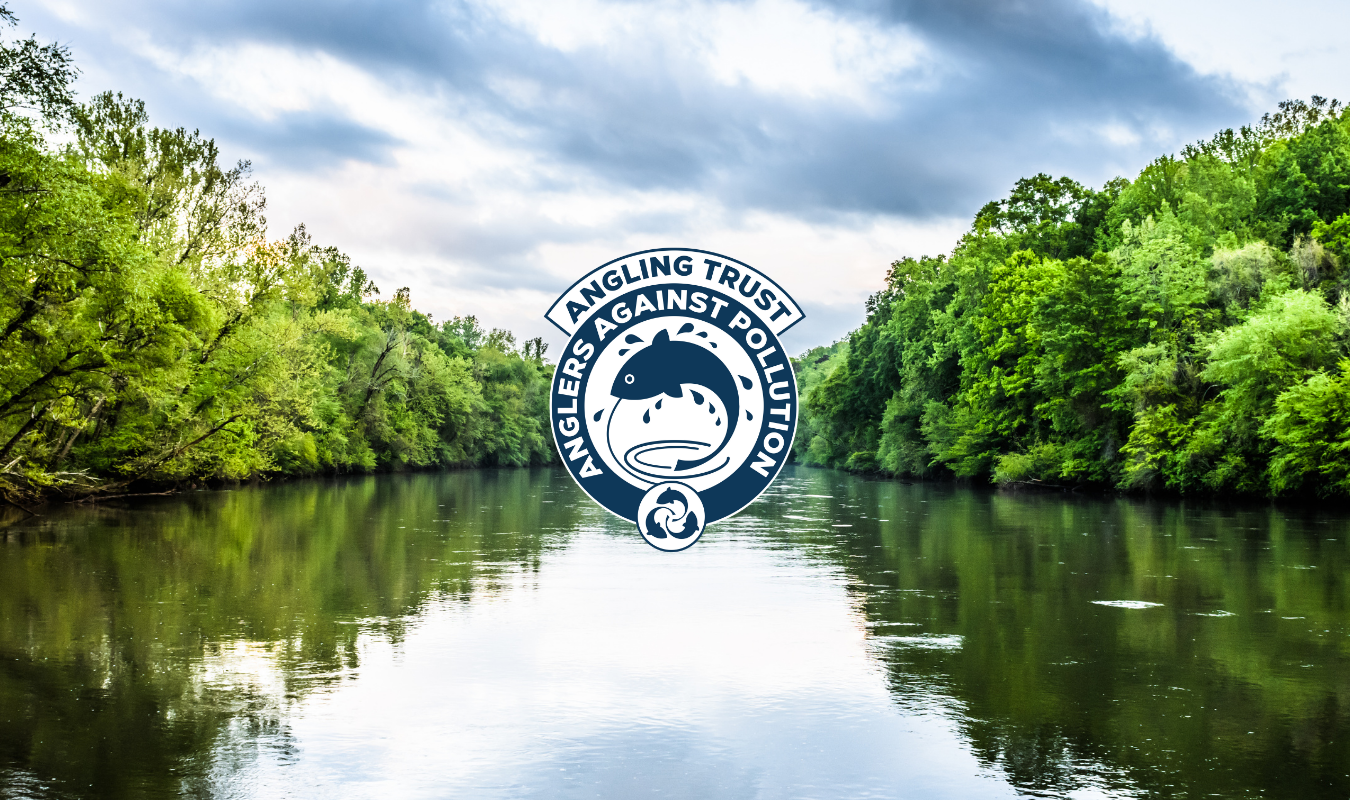 The Angling Trust today launches a major campaign to halt the decline in Britain’s waters and protect the environment for future generations.

With every water body in England assessed against the Water Framework standard failing, our rivers, lakes and coastal waters are in crisis with pollution from farming, sewage, plastics and litter the main cause.

Our Anglers Against Pollution campaign aims to give anglers a voice in ensuring this Government lives up to its rhetoric on improving our environment and meets its own legal responsibilities.

The campaign calls for:

Together with climate change, pollution in rivers, lakes and estuaries is having a catastrophic effect on plants and wildlife – and the biggest threat is in freshwater species. A recent WWF Living Planet Report estimated an 84 per cent loss in freshwater biodiversity.

Combined sewage overflows (CSOs) are meant to only allow water companies to pump raw sewage into our rivers in exceptional circumstances.  Yet in 2019, 6,508 CSOs released untreated sewage into our rivers 204,134 times.  In total, they discharged raw sewage for 1.53 million hours across nine water companies.  Exceptional circumstances?

At the same time, the Environment Agency seemed to be turning a blind eye.  Its own river quality monitoring programme reduced the number of samples taken by over a quarter in the last five years, from 126,723 in 2014 to 94,408 in 2019.  And the number of places it took those sample from was reduced from 17,970 to 14,498.  Worryingly, the number of river habitat surveys undertaken by the Agency crashed from 312 in 2014 to just eight in 2019.

It is not only the monitoring of rivers that are suffering. Enforcement of the rules has been devastated, too.  A good example is a group of regulations called the Farming Rules for Water. Introduced in 2018, these rules require good farming practice so that farmers manage their land both to avoid water pollution and to benefit their business.  Yet due to a lack of resources, the Environment Agency cannot enforce these rules properly.  With such few staff, it is estimated each farm in England is likely to get a visit to check they are following the rules about once every 100 years.

“The Agency is struggling, but it is hardly surprising when it has seen its budget reduced by 57 per cent since 2010.  It is hard to see how such drastic cuts are benefiting the taxpayer, but it is easy to see how our rivers are paying the price.

“The waters we fish are in crisis and things are becoming worse, not better. This Government has repeatedly said that the UK wishes to be a world leader in conserving both the environment and biodiversity but has frequently failed to back this up with action. Enough is enough!”

“The Angling Trust has been campaigning for cleaner waterways since 1948 and through our Anglers Against Pollution campaign seeks to give anglers a voice in the fight for a better future for our environment by holding the Government to account for its promises and its responsibilities.

“Our waterways are suffocating from all forms of pollution – from agricultural runoff to plastics, chemical pesticides to raw sewage. Time is no longer a luxury we can afford in the fight for a cleaner tomorrow for our environment, our fish and our fishing.”

“We have laws in place that should be protecting our waterways from pollution, but they are simply not being enforced in a meaningful way. Everyone wants to blame the Environment Agency, but we really need to be scrutinising the Government and asking why enforcement is so under resourced and de-prioritised. It’s time to invest in enforcement, incentivise the updating of sewage systems, and ensure that companies and individuals who pollute our rivers are held to account. If we don’t act now it will be too late.”

“Anglers are amongst those most directly affected by poor water quality. Agriculture and sewage are the source of both headline grabbing incidents that kill fish but are also responsible for many minor incidents that have a more insidious impact on water quality. The Environment Agency can tackle both using existing legislation. In my experience from working with the Environment Agency, more bodies are needed in the field rather than behind desks.”

The Angling Trust is calling on anglers to support Anglers Against Pollution by signing our petition.