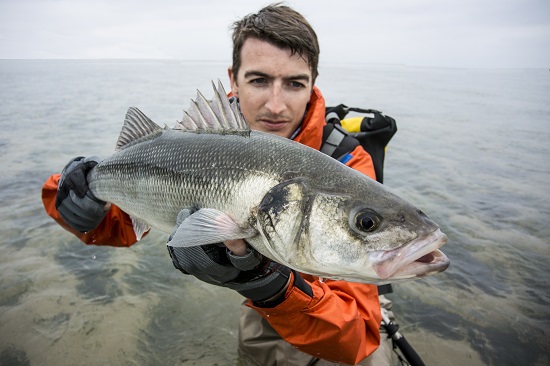 David Mitchell, Head of Sea Angling, shares his views on the ongoing negotiations between the government and the EU.

The UK and EU are at loggerheads over bass fishing measures for the remainder of 2021. While both sides broadly agree that a rollover of the 2020 measures is necessary to rebuild the stock, the UK has proposed some ‘adjustments’ to the shared management approach which the EU does not accept.

These include adjusting the bag limit for recreational fishing to three fish per day for eight months, as opposed to the current bag limit of two fish for nine months – something the Angling Trust pushed the UK to call for in the negotiations. While both options have very similar impacts with respect to the overall tonnage of bass taken by anglers, the Angling Trust believes the increased flexibility to take three fish during the peak season would benefit a greater number of members of the public who fish for bass and enjoy keeping fish for the table on the occasion that they are able to go fishing, and are lucky enough to catch a few bass.

The UK’s other proposed adjustments include increasing the bycatch allowance for some forms of commercial fishing (so fish currently being discarded can be landed) and allowing commercial netting from the shore to land bass – exact details of the latter proposal have not yet been made clear.

However, the EU wishes to see as much convergence as possible between the EU and UK on bass management and will not currently agree to the UK’s proposed adjustments. We believe the EU is concerned about the potential additional mortality that could arise from the adjustments proposed by the UK which could risk setting back the recovery of the stock. The ability for the UK to start taking a different path and ‘take back control’ on bass management appears, in my opinion, to be being constrained by a combination of EU concerns over increased fishing mortality, a concern over any advantage the UK would get over EU fishing fleets and a strategic approach to try and bind the UK to the Common Fisheries Policy.

It is true that the current very poor state of the stock leaves very little wiggle room to adjust the measures put in place last year. But while the impact of the proposals for commercial fishing are not known the proposal to adjust the bag limit for recreational fishing has been assessed to result in no additional mortality compared to the existing bag limit of two fish per day for nine months of the year.

The Angling Trust has taken part in the public sessions of the virtual negotiations and is in dialogue with Defra over the detail. The negotiations have paused before restarting next week when everyone hopes a breakthrough can be made. To register to receive our monthly e-news updates visit www.anglingtrust.net/subscribe