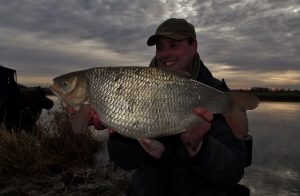 Colin Hebb’s Ide (or Orfe) (Leuciscus idus) was ratified at 8lb 5oz, thus becoming an equal record with the fish caught by Michael Wilkinson in 2000 and Lawrence King in 2018. It was caught from the River Hull. 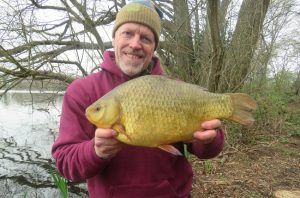 Gareth Griffiths’s Black-mouthed dogfish (Galeus melastomus) was ratified at 1lb 3oz and captured at Oban. Gareth’s fish occupies the shore caught record slot as the first shore-caught specimen of this species claimed as a record.

The committee also considered a claim from Jensen Price in respect of his carp caught from Holme Fen fishery and claimed at a weight of 73lb 8oz.

This claim was discussed in detail and at length, but the unanimous decision of the BRFC members present was to not accept this fish as a British record.

The committee believes that the apparent growth rate of the fish would not be feasible in a natural environment and that the weights stated for the overall population of carp in the fishery are unsustainable in a naturally fed fishery where the only additional food source is anglers’ bait.

The BRFC believes that the overall situation regarding the carp record is unique among coarse fish, being subject to commercial interest and fishery management practices designed to produce outsized fish. It is not aware of similar practices affecting any other British coarse fish species.

The committee has written to Jensen Price to advise him of the decision and the reasons for not accepting his record claim.

The Committee would like to remind anglers that in the event of the capture of a potential record fish, the captor should first contact the British Record (rod-caught) Fish Committee without delay.

Nick will record the details of the capture and advise the claimant on progressing the claim. More information about what to do if you catch a record fish can be found on the BRFC web pages