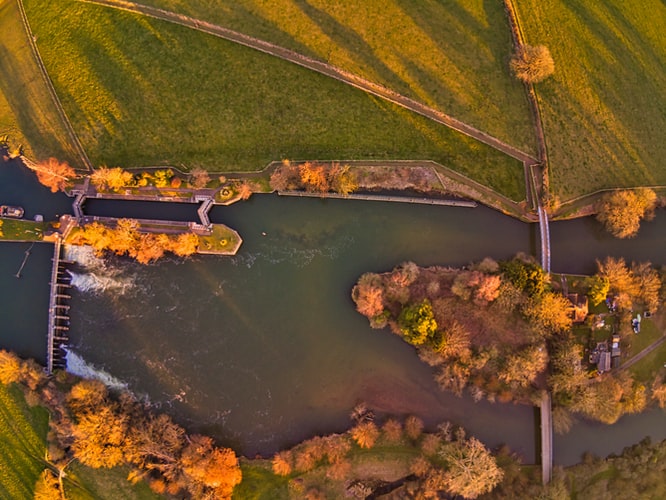 How bad is the problem?

Most of these pollution incidents are minor and do not even get investigated by the Environment Agency but, when there are several on the same river system, they add up to the death of rivers by a thousand cuts. Bad management of soil, slurry and chemicals not only kills fish, invertebrates and plant life, but it leads to pollution of water supplies with pesticides and bacteria, higher bills for water customers and council taxpayers, very significant greenhouse gas emissions, flooding of homes and businesses, damage to shellfish harvests and road traffic accidents as a result of mud and debris on roads.

Half of all freshwater species are in decline and 13% are threatened with extinction. Just 14% of rivers in England have achieved the standard of Good Ecological Status. Environment Agency data shows that “diffuse rural pollution” (which largely arises from agriculture) is the second biggest cause of failure to rivers to meet this standard (after physical modification – e.g. dams, weirs and concrete culverts, Figure 1). In many areas, the problems are getting worse as a result of the vast expansion of maize production, the intensification of dairy farming and the rapid growth in chicken farms.

There are clear indications that the regulatory system is failing to prevent a relatively small industry damaging precious water resources, which affects everyone who turns on a tap and pays a water bill. Other processes such as waste management, sewerage and chemical plants have rightly been very heavily regulated to reduce their pollution significantly in recent decades, but agriculture seems to enjoy special status, in spite of the billions of pounds of taxpayers’ money being spent on subsidies. There are of course many responsible farmers who manage their land well and have profitable businesses, but they are increasingly frustrated to see so many of their neighbours cutting corners and causing damage to the environment.

There is a lack of political will to address the problem and more resources need to be devoted to enforcement, coupled with expert and trustworthy advice about how to avoid pollution. The Environment Agency and Natural Resources Wales have most of the regulatory powers and necessary legislation to take action but only the most serious incidents are investigated and all too often prosecutions lead to a caution or a small fine.

A recent article in The Guardian by the Bureau of Investigative Journalism highlighted the fact that many serious agricultural pollution incidents go unprosecuted. You can read this here.

In 2015, the Angling Trust, Fish Legal and WWF-UK won a landmark Judicial Review against the Government due to a lack of action in tackling agricultural pollution in protected sites. The outcome has forced the Government to implement Water Protection Zones (WPZs) as a means by which to improve water quality in these areas. We continue to work closely with WWF and the Environment Agency to ensure that WPZs are properly utilised and enforced.

You can read more here.

What does the Angling Trust want to see reformed?

The smaller incidents are very rarely investigated at all and so there is little incentive for the bad farmers to clean up their act and seek external advice to help them reduce pollution and flooding. In addition, the Rural Payments Agency has failed to withhold subsidies from countless farmers who have not been complying with regulations. We need to see far less political interference in the enforcement of environmental legislation which has been passed by parliament, and a firm but fair regulatory system which issues warnings to wrong-doers whilst signposting expert advice from non-regulators to help farmers change their management practices (often leading to increased yields and reduced costs). If action is not taken voluntarily, then there should be prosecutions and withdrawal of public subsidies.

There should be a level playing field for all those producing food to avoid not only major incidents but the routine, low-level pollution of watercourses with soil, pesticides and nutrients. There are a number of minor legislative changes which would help, such as bringing slurry storage facilities built before 1991 into regulation, but the real problem is that existing laws are not being enforced.

Food companies and supermarkets often talk a good game about the environment, but much of the food they sell causes significant pollution. There are far too many labelling schemes on food that confuse customers and deliver little benefit to society. We need a robust, independent standard to be set which gives consumers confidence that their food has been produce in ways which safeguards wildlife, drinking water supplies, homes from flooding, the atmosphere, the welfare of animals and the nutritional content of what we are feeding our children.

Supermarkets also need to stop driving down prices to levels that leave farmers with no scope for investment in improved management of soil, slurry and chemicals. We need a revolution in agriculture to provide high quality, certified food, grown without destroying the ability of the land and our environment to provide for current and future generations. If we are to achieve that, we will need not just the food industry, but government, regulators and consumers to wake up to our steady, complacent decline into a land devoid of treasured species of fish and birds which is unable to produce healthy food for its children.

Here at the Angling Trust we are lobbying ministers, Defra and the agencies to try and change policy and practice to prevent this problem getting any worse. Fish Legal is taking on a large number of cases for its member clubs and fishery owners relating to agricultural pollution. Both organisations have worked closely with WWF, the wildlife charity, to make two legal challenges to implementation of government policy, which were both successful. All this work is expensive, and we need more help to make the case for the protection of our streams, rivers, lakes and coastal waters from the scourge of pollution in all its forms. Please support us with membership or a donation.

You can read about some of the most serious pollution incidents and judgements resulting from older incidents that have occurred in recent months by following the links below.