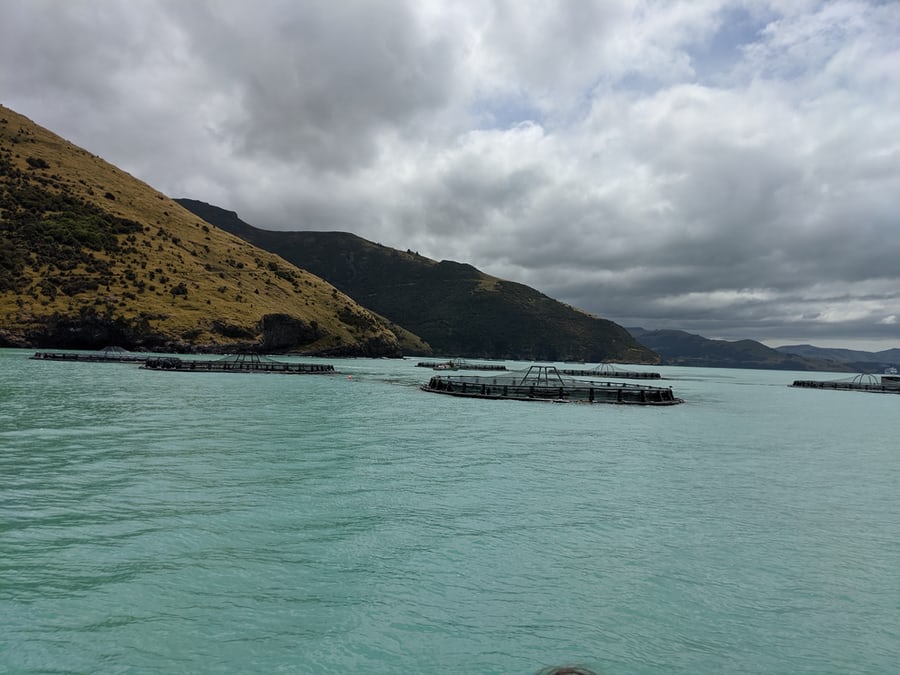 Aquaculture is a huge and growing global industry. In the United Kingdom the vast majority of domestic aquaculture is based around the west coast of Scotland, particularly farming Atlantic salmon but to a lesser extent trout and shellfish. Scotland is now the third largest global producer of farmed salmon and this is an increasingly intensive industry, with potentially major ecological implications for the surrounding marine environment and for populations of migratory fish (Atlantic salmon and sea trout) that utilise the transitional areas at the mouths of rivers and sea lochs where fish farms are frequently located.

What is the issue?

There is a long held concern, now supported by persuasive scientific evidence, that large-scale marine Atlantic salmon aquaculture has had and is continuing to have a significant negative impact on native populations on salmonids, particularly sea trout at the population level. This is due to several major impacts:

• Salmon farms act as a breeding ground for harmful sea lice, which are important pathogens of both wild and farmed salmon. Salmon aquaculture can elevate the local abundance of sea lice, which can spread on ocean currents to infect wild populations, causing abnormally high infection levels and potentially increased mortality, or at least depressing immune systems and negatively affecting the health of wild fish. This correspondingly applies to wild populations of sea trout, which are also affected by sea lice.

• Escapes of salmon from aquaculture farms, often through severe weather events or poor management practice, can result in competition and hybridisation with wild populations, resulting in reduced genetic fitness and a weakened gene pool.

What are we doing?

While this is not presently an active campaign area, our initial hoped-for outcomes for this campaign were four-fold:

1. Achieving a clearer understanding of the regulatory framework to facilitate better and more effective objections to aquaculture

3. A national monitoring strategy that is better able to demonstrate the impacts of aquaculture

4. The removal of inappropriately sited farms and an eventual move to closed containment aquaculture

What have we already achieved?
We have been very successful in making progress through this campaign:

1. We helped publish the Aquaculture Information Pack aimed at helping people to understand the regulatory framework and to use the system to object to planning applications.

2. Fish Legal helped to establish that the Local Authority has legal responsibility for impacts of aquaculture on wild fish populations through the planning process. We have also encouraged west coast District Salmon Fishery Boards (DSFBs) to raise awareness of this responsibility with local planning authorities and to see time-limited consents with monitoring conditions as standard practice.

3. Fish Legal has helped to raise the issue of the need for more effective monitoring with west coast DSFBs. We have drawn up a short paper on behalf of RAFTS seeking more accountability and co-operation from Marine Scotland in drawing up aquaculture science priorities.

The Angling Trust and Fish Legal are not pursuing any further avenues at present, however we intend to apply further pressure to Marine Scotland to make its science programmes more accountable. A review of aquaculture planning procedures is ongoing. It seems likely that this is an attempt to remove planning responsibility for aquaculture from planning authorities to Marine Scotland.

Many salmon farming companies are now using ‘cleaner fish’ to control sea lice numbers, in place of more damaging approaches such as pesticides. The most popular cleaner fish are wrasse and lumpfish.

The increasing demand for wrasse has led to the companies sourcing their stock from the wild, and in recent years a new fishery for live wrasse has developed around Cornwall, Devon and Dorset. Many thousands of wrasse – a very popular recreational angling species – are now being captured from the south west every year and transported up to Scotland, and the Angling Trust doesn’t believe that this fishery is sustainable or morally justified. Find out more here.

This campaign is no longer active and was archived in June 2020.