The Angling Trust Loch Style Autumn Series brings you a selection of one-off boat fishing matches at venues across England. These are individual matches aimed to give experienced and novice competition anglers the opportunity to compete in local matches before the season ends.

COVID-19 had a huge impact on the domestic fly fishing competition calendar in 2020 and therefore the Angling Trust working with the major large stillwaters in England looked to put on a series of matches for both experienced and novice competition anglers over the autumn months. The poor uptake on these matches resulted in all bar one being cancelled, with Grafham Water being the only venue to reach the minimum entry number. 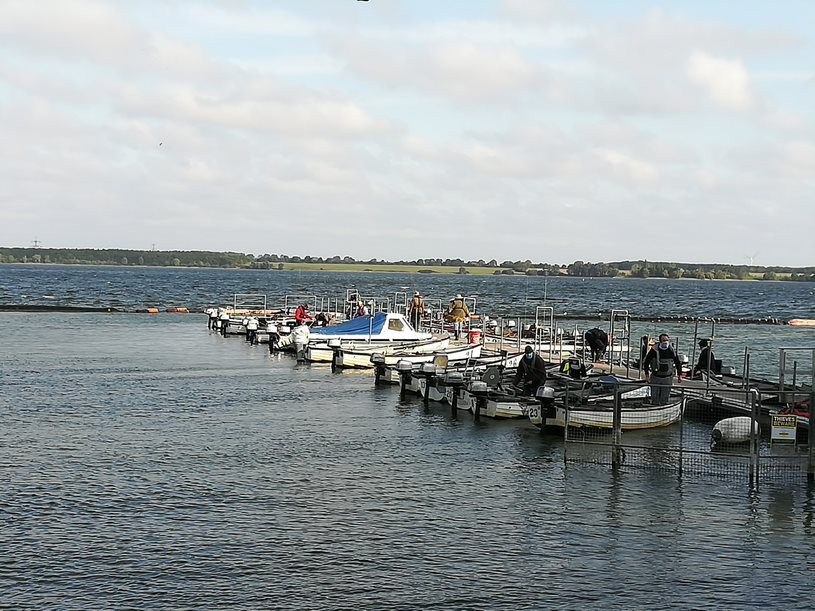 Anglers adhered to the Covid-19 guidance put in place

In the end 44 anglers fished the Angling Trust Loch Style Autumn Series match at Grafham Water on Sunday 20th September. This was the only match to be held from the original 12 matches planned and therefore this contest became a one-off final.

Blue skies and a north easterly wind greeted the competitors, far from ideal fly fishing conditions. Many anglers had been out and practised in the run-up to the match and this was evident at the 10am start when there was a two-way split with the boats. Half the fleet headed to north east side of the reservoir from G Buoy to the Willows and the other half focussed on the north west side from Sanctuary Bay into Savages Creek.

Catch & Release Format: The format of the match changed from three fish retained and catch and release 12 fish, to a timed catch and release match where the times of the first three fish caught by each angler were recorded on a score card with a maximum catch of 20 fish. The scorecard, along with the briefing documents were emailed out to all competitors prior to the match. A live FB boat draw, no weigh-in and the results announced again on FB live ensured anglers, organisers and staff were kept safe in the current COVID-19 situation. 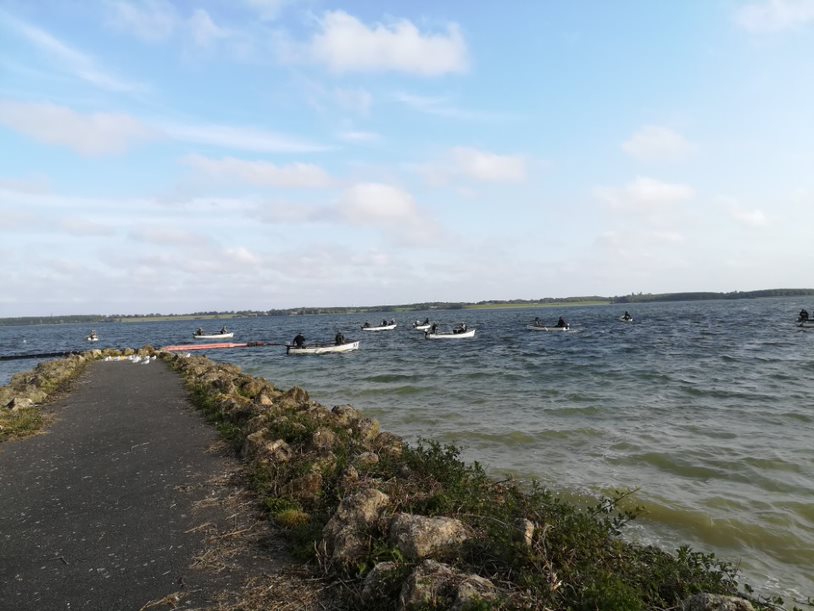 The early cloud cover meant the fish were keen to feed and many anglers caught in the first hour. Robert Middleton was the first angler to catch as a nice Grafham rainbow was caught and released at 10.08am. Tim Joyce fished size 12 red dries to take his first three fish by 10.18 fishing in Sanctuary Bay and Savages. By 12.15 Tim was on seven fish and his boat partner Ian Gaskell was on three. Tom Adamson and Charlie Abrahams were both into fish at P Buoy at 12.45 with Tom on seven and Charlie four at this point. Tom was fishing a slow glass line with a black Booby on the point, Cormorants on the droppers and a small Blob on the top dropper. Ben Worley and his boat partner Alex Urquhart were also catching well targeting resident fish in the weedbeds at Sanctuary. The pair fished tip lines catching trout up to 4lb in weight. Ben fished a Black Bejusus Booby, Black Hopper, Black Muskins and an Orange Foam Daddy.

However, it was the long drifts from G Buoy/Marlow Stones/Willows down to the south end of the reservoir where the winner John Hardy caught his 18 trout.  John and his partner Graham Currie caught close in at first but as they drifted further out, they found pods of fish and focussed on these pods. John fished a slow glass line with two small FAB’s and two Hare’s Ear Nymphs. 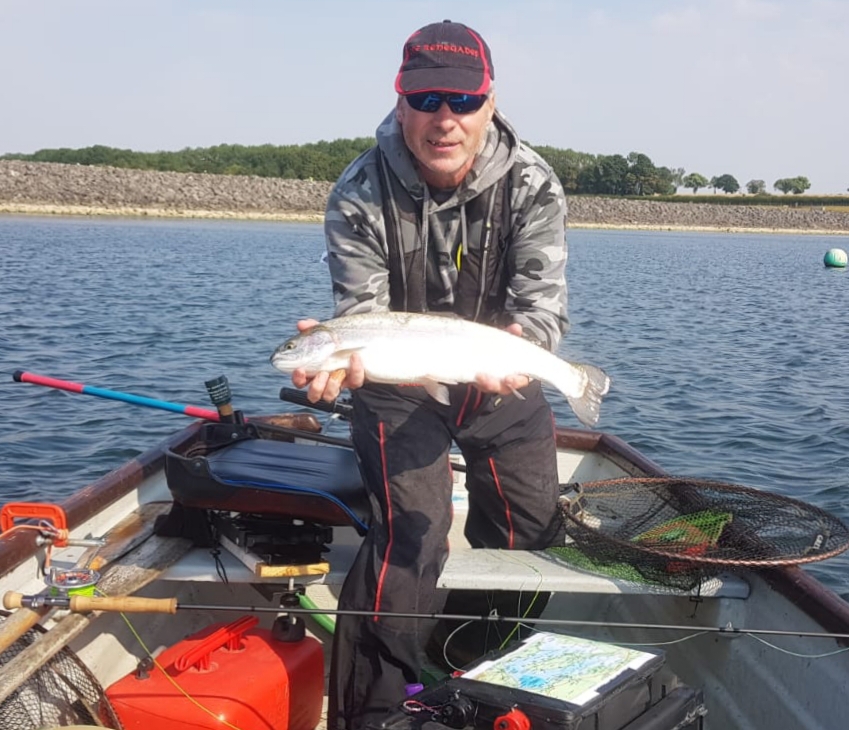 John Hardy with one of his 18 fish

John’s Winning Tactics: “When the Autumn Match Series first came out with the idea of fishing a series of matches over the autumn and winter that culminated with a spring final, my team, the Renegades and I were all over it! With the effect of COVID-19 pandemic, there has been little loch-style competition fishing; add to that the simple fact of global warming and the need to move to the cooler times of the year for our chosen quarry, I thought “total winner”. Sadly, due to the lack of take up of which I am sure there are many reasons, AT decided to move the series to a single one off at Graftham Water.

Three of the team decided to fish the competition, practising over two days before the match. Due to the lack of matches this year, it was easy to give it two days on the water. Practice days had told us one thing, the fish regardless of bright sunny conditions were high and we estimated this to be no more than 12 inches below the surface at any time. Dries would work early, moving onto small Boobies and nymphs fished on a fly line with no more than a 1 to 1.25 inch sink rate per second. Areas were also well spread, with Savages to the West and the Willows to the East with drifts across the middle around one of the following buoys R to Tower, Deep Water to B and D across the Basin to Sludge.

Match day saw us split. Mark Rose would go to Savages and Sean Hanlon and I would go to the Willows working together to try and locate fish that we knew were from the bank at the Willows all the way through D Buoy and across the Basin to the far bank. Tactics were simple; a slow glass fly line, two red headed Hares Ear Nymphs and two Tequila FAB’s all in size 12 or 14 all from The  Fly Shop. No big stuff and nothing fished fast!

From the off it worked I had two or three fish an hour losing the odd fish. Key points, were to watch the water all the time constantly fan casting at range, cast at anything that even looked like a fish, be ready to move to fish that are moving, if your boat partner got one you would too. In short be ready to exploit any opportunity.”

John Hardy said: “The match was fished 10:00hrs to 17:00hrs in the spirit of how it should be fished. The Angling Trust did a great job on site doing all the stuff that needed to be done well, setting the conditions for an excellent match. Anglian Water staff were good keeping us all safe and at times reminding us of what was required. In times of the Corona Virus that was very commendable, as we all learn to operate safely in a COVID-19 safe space. Everyone should be commended for the great turn out and good atmosphere. It was also great to see ladies fishing and a good sprinkling of new faces, please keep coming and asking questions. The final thanks must go to Andy Taylor, without him this would not have happened. If these times are teaching us anything, it is to get out there, do your part, keep everyone safe, be kind to each other and enjoy your competition fishing.” 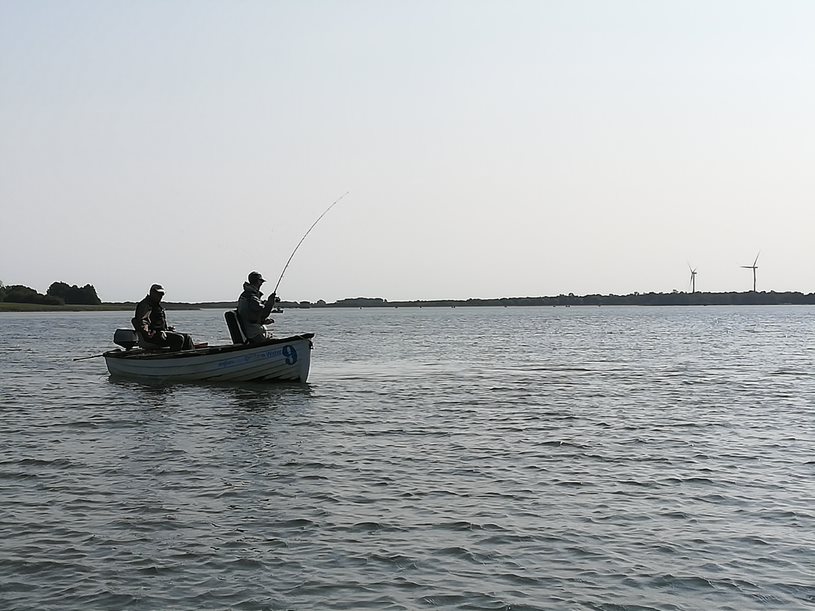 Long drifts proved effective in finding the pods of fish

Andy Taylor, Competition Support Officer said: “The competitions team at the Angling Trust worked closely with the major English trout reservoirs during lockdown to plan a series of fly fishing competitions to give competition anglers something to look forward to when we could compete again, to try and bring in new anglers to competition fishing, raise funds for the senior, ladies and youth England fly fishing teams and to support the fisheries who had lost income during the key spring months. Unfortunately, the uptake at many of the venues was poor and we couldn’t get the minimum numbers to run the heats. However, Grafham Water had enough entrants to run a one-off match and anglers who had booked on at other venues moved across giving us 44 anglers.

I’d like to thank all those anglers who competed, the staff at Anglian Water for making the event run smoothly and Chris Bobby for helping with the results. The Angling Trust hopes to run a similar individual loch-style competition in 2021 with a series of three matches through the calendar year; spring, summer and autumn, on a timed catch and release format, with entry fees going back into cash prizes and for funds for our England teams.”

First fish caught by Robert Middleton at 10.08 winning a day’s fishing for two at one of Anglian Water Fisheries.

£396 was raised for our England teams to be split between the Seniors, Ladies and Youth teams. 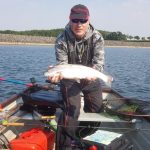 John Hardy with one of his 18 fish 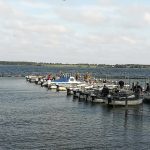 Anglers adhered to the Covid-19 guidance put in place 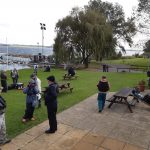 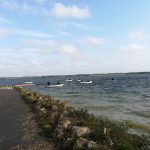 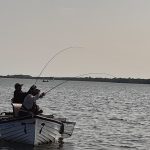 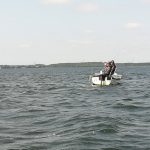 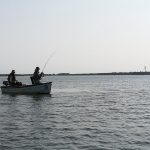 Long drifts proved effective in finding the pods of fish