Korda Developments Limited is a privately owned, Essex-based limited company primarily engaged in the design and manufacture of fishing tackle, as well as producing angling films for a variety of platforms, including television.

The company was started by owner Danny Fairbrass back in 1992 and initially only manufactured leads, but now produces everything from small terminal tackle items such as hooks all the way up to larger products like luggage.

The Korda brand is focussed on the carp market, but there is also a sister brand, Tackle Guru, which started out focussed on match fishing, and has now found favour with pleasure and specimen anglers as well, as its range of tackle has broadened.

The whole ethos behind the brands has always been about helping anglers to catch more fish, and each product is designed and extensively tested in-house, where we have complete control over each stage of the process – from the initial idea right through to it appearing on the shelves of tackle shops.

Korda has also been making angling films for many years and these have been aired on television ever since 2006 when the first ‘Thinking Tackle’ series went out on Sky and was later followed by ‘Fishing Gurus’ and more recently with ‘The Big Fish Off’, ‘Monster Carp’ and ‘Fishing Allstars’ all becoming hits, with multiple series on ITV4.

Under the same umbrella, although separate companies, also comes the Gigantica Carp Ltd fishing holiday business, and Embryo Angling Habitats Ltd, a non-profit organisation which owns and runs fisheries across the UK, as well as providing and installing otter fencing. 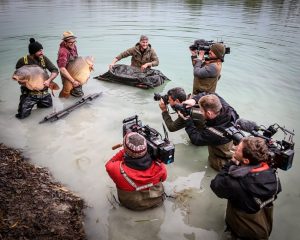 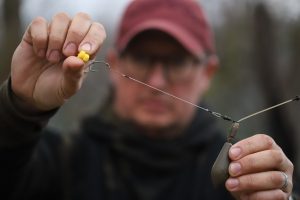