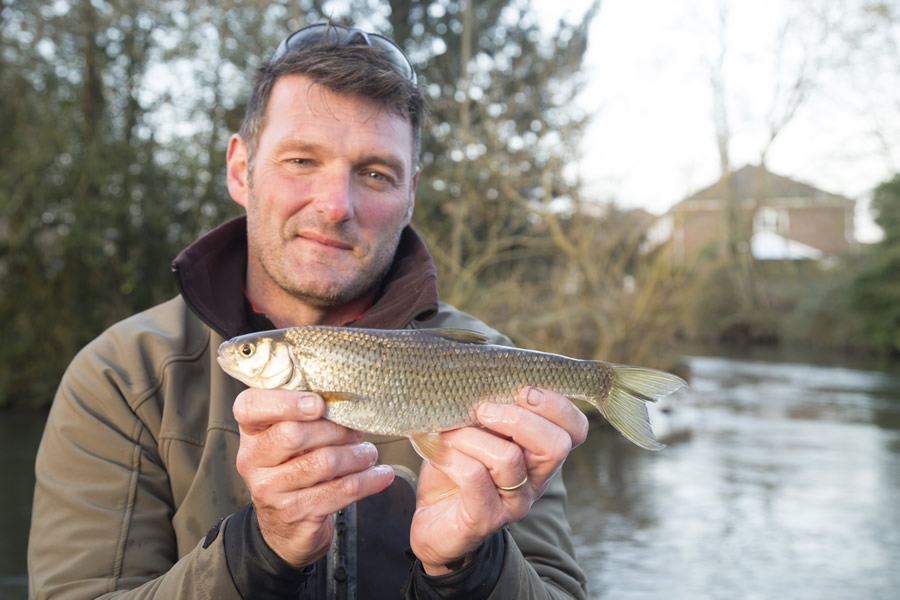 Rob Hughes is the manager of Carp Team England and an internationally known carp angler. However, when not fishing for carp, he can be quite a dab hand on the rivers! Here Rob tells us about his winter on the river – so far…

As a carp angler, this winter has been appalling. In fact I’d go as far as to say that it’s been the worst carp fishing winter that I can remember. Although not seriously cold, very few people have been regularly catching fish, and those that have don’t really know why! For that reason, and also because I simply have to have a fishing fix whatever the weather or conditions, I’ve been concentrating on the rivers and catching all manner of different species, primarily on the stick float.

Grayling were my early winter species, and they really did oblige. When you are on them the action can be amazing. As the weather got colder I switched to perch, and a river perch is an amazing creature too. As the winter wore on it’s been roach and then more recently chub, but for the last few weeks I’ve been targeting that most overlooked creature… the dace.

A 10oz lucky capture started my hunt, and I increased that with a 12oz fish a few weeks later. I’ve recently managed to “up it” again with this amazing 14.5 oz specimen, and am hopeful that, with just a couple of weeks of river season left as I write this, a 1lb plus fish just might come my way.

Believe me if it does, you’ll probably hear the scream from wherever you are! Once the river season’s passed on March 14th it’ll be carp time again – and they’ve just started feeding too. 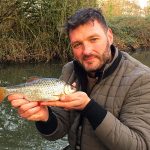 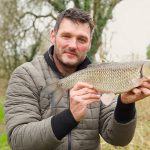 A chub from a hard day when the dace just wouldn’t play ball! 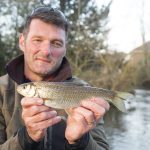 My PB dace. What a fish!

Don’t forget… You’ve still got time to #GetOutThere and #GetFishing on rivers before the start of the close season from midnight on March 14th.

More end of the river season blogs:
Perchfection! The lure of a new challenge… by Dean Asplin
Grubbing around for barbel… Trying something different by James Roche
Explosion Heats Up the Tees! Winning at Angling Participation by Dave Munt