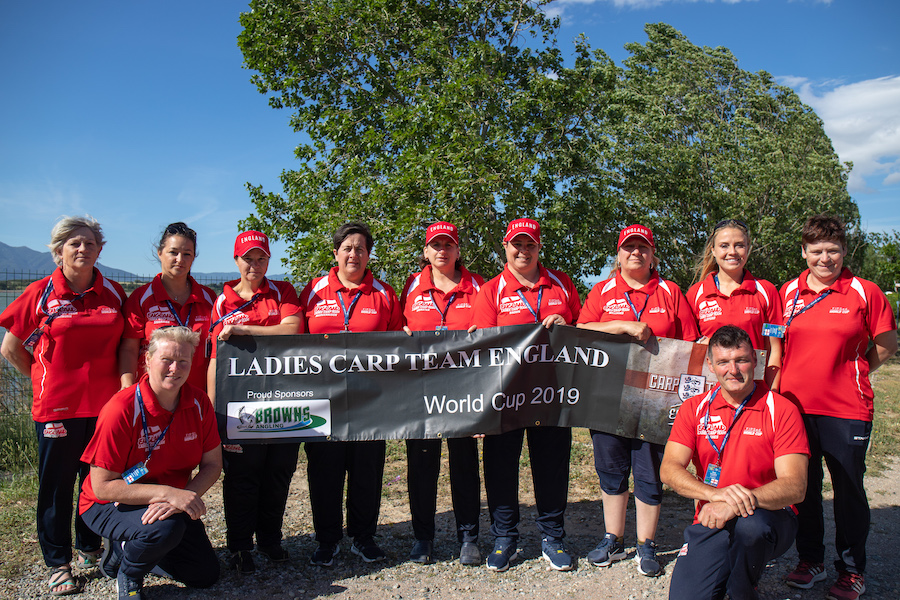 Home nation France took the honours with a magnificent display that secured them two section wins and a second. Their unbeatable four points could not be matched. It wasn’t plain sailing though as, with just over 12 hours to go both Romania and England threatened the top podium place. France held firm through the latter stages with a string of fish to take a convincing and well deserved gold. They also secured individual gold and silver medal positions with individual bronze going to Romania.

The team battle for silver and bronze raged right to the wire, with Romania and England changing places right up to the last 30 minutes of the 72 hour event. In the end the score sheet showed a tie for second place with both England and Romania scoring eight points. Tieback rules look at the greatest combined weight and the honours went to Romania, whose combined score was a mere 26 kilograms greater than England’s.

England Manager Rob Hughes had nothing but praise for all the teams: “France were outstanding in every way and made the most of their home advantage. They absolutely deserved gold. Romania and England were very evenly matched and it was virtually impossible to call who would win between the two teams. In the end it was Romania that won, but a couple of extra fish for us and it would have gone the other way. We certainly can’t grumble with the result and it shows how good also how even the level of competition is. All of the teams from all of the showed a fantastic spirit of fair play and battle hard for their countries.”

The history of women’s carp fishing competitions is now well and truly established. Discussions are currently in place for hosting of next year’s event.


A big thank you to all those who took the time and trouble to write to their MPs on the issue of sew…
Read more
Although the government have successfully resisted attempts by the House of Lords to place a new dut…
Read more
Parliament will be debating the Environment Bill on Wednesday (20th October). This is the last chanc…
Read more
The Environment Agency has today bowed to pressure from Natural England and granted permission for c…
Read more
VETERANS 2021 WORLD CHAMPIONSHIP ENGLANDS VETERAN’S TAKE TEAM GOLD MARK DOWNES TAKES INDIVIDUAL GOLD…
Read more
The call from angling and environmental groups for the Government to take meaningful action to end t…
Read more
The Environment Agency has said they will amend the Regulatory Position Statement (RPS), issued on 6…
Read more
Angling will return to Admiralty Pier in October as part of a pilot project agreed between the Dover…
Read more
An Angling Trust volunteer bailiff has received a Royal Humane Society award for his role in saving…
Read more
Angling clubs have joined forces with environmental groups on the River Wey to help control the inva…
Read more
The Angling Trust and Salmon & Trout Conservation (S&TC) have today delivered a major report…
Read more
With the River Trent running low and very clear, most of the competitors thought that this year’s Ri…
Read more