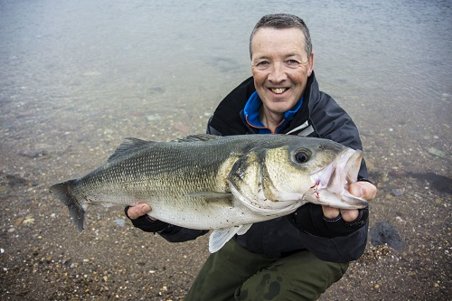 EU Fisheries Ministers will meet in Brussels on Monday and Tuesday (Dec. 16th and 17th) to agree catch limits for 2020. Bass is once again on the agenda and the Angling Trust is lobbying the UK government to agree that members of the public fishing recreationally should be allowed to keep up to three fish per day for seven months of the year – from April to October.

Calculations show that allowing the public to retain three fish per day would still be within the catch limits scientists have said will allow the stock to continue rebuilding.

However, the EU Commission – which publishes proposals which the EU Ministers then negotiate – has recommended a roll-over from 2019, meaning anglers would continue to be subject in 2020 to keeping just one fish per day from April 1st until the end of October.

The Angling Trust has provided evidence showing that the impact of increasing the bag limit, and giving the angling public a greater share of the catch, is justifiable scientifically, and socially, after recreational catches were cut to the bone in recent years, and extinguished altogether for most of 2018.

The Angling Trust and other members of the European Anglers Alliance are aiming to restore as quickly as possible the angling public’s share of the bass catch to approximately 25 per cent of the total – where it was in 2014 before the EU management measures were introduced. On current stock levels that would equate to a three fish bag limit for 11 months of the year.

The Commission’s proposed roll-over would mean commercial landings would remain the same in 2020, although the UK government is pushing for more bycatch from commercial fishing to be landed and sold. We are pushing the UK government to takes urgent steps to explore how to reduce this bycatch, but this has so far fallen on deaf ears.

David Michell, Head of Marine at the Angling Trust said: “The science shows us that three bass for seven months of the year in 2020 would be sustainable and within the limits set by the scientists. However, experience has shown us that evidence often counts for nothing in the shady and secretive process of political deals that the EU negotiations involve.

“This should be the last year the UK takes part directly in the EU process. So, while it’s frustrating to be in this situation once again, we are looking forward to breaking free from this charade when the UK leaves the EU and the UK can start making its own decisions.”

The outcome of the decision for 2020 is expected in the early hours of Wednesday (Dec. 18th) morning.