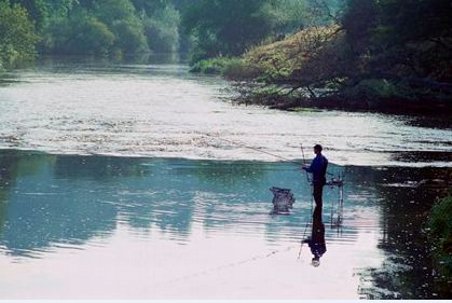 The European Commission has completed its review of the Water Framework Directive after pressure from a number of member states to reduce some of the requirements it places on countries to protect and improve rivers and water bodies.

The EU has concluded the Water Framework Directive is “fit for purpose”, acknowledging that the objectives of the law “are as relevant now as they were at the time of the adoption” and that the law has led to “a higher level of protection for water bodies and flood risk management”.

This concludes the two-year evaluation of the Water Framework Directive and, by discarding the possibility of revision, sets the EU back on course to bring life back to its rivers through full implementation and enforcement of the law. This is exactly what the European Anglers Alliance, including the Angling Trust, had called for, as part of the Living Rivers Europe coalition. Protecting EU waters is crucial for healthy fish stocks and thus for the recreational fishing sector.

The message from the European Commission is clear: the Water Framework Directive is a critical pillar of the EU’s environmental legislation and is here to stay in its current form. The results of this review highlight that the delay in reaching the Water Framework Directive’s objectives is “largely due to insufficient funding, slow implementation and insufficient integration of environmental objectives in sectoral policies, and not due to a deficiency in the legislation.”

The conclusions come hot on the heels of the European Environment Agency’s State of the Environment Report 2020, which highlighted the Water Framework Directive as being essential to halting and reversing biodiversity loss. The conclusions are strongly supported by WWF, European Environment Bureau, Wetlands International, the European Rivers Network and European Anglers Alliance – who together form the Living Rivers Europe coalition and led the #ProtectWater campaign to safeguard the Water Framework Directive.

The Angling Trust’s Head of Freshwater, Mark Owen, who is the Freshwater Policy Advisor to the European Anglers Alliance and Living Rivers Europe partner, said:

“For 20 years we have been battling Member States to properly implement the Water Framework Directive as the most sustainable way of restoring fish stocks for the millions of anglers who take part in recreational fishing, the thousands of jobs that depend on angling together with the rural economies that directly benefit from angling tourism. Now that the review has determined that the Water Framework Directive is not only fit for purpose, but that failure is due to lack of implementation by member states, we would expect urgent action to conform with the present legal requirements to deliver for fish and fishing.”

As the UK leaves the EU it is vital that the commitments and standards set out in the Water Framework Directive are maintained, implemented and where possible improved upon in the law, policies and management of the country’s freshwater. The gifts people and nature receive from healthy rivers, lakes and wetlands are key to delivering the government’s 25-year environment plan and their aspiration to be the “first generation to leave the environment in a better state than we found it”. From supporting climate adaptation to protecting biodiversity, fuelling sustainable food systems to thriving economies, a strong Water Framework Directive forms the necessary baseline to secure all the benefits healthy freshwater ecosystems provide.

“There is a long way to go. With only 14 per cent of our waters meeting good ecological status the Angling Trust will continue to fight for healthy rivers and water bodies supporting health fish population.”