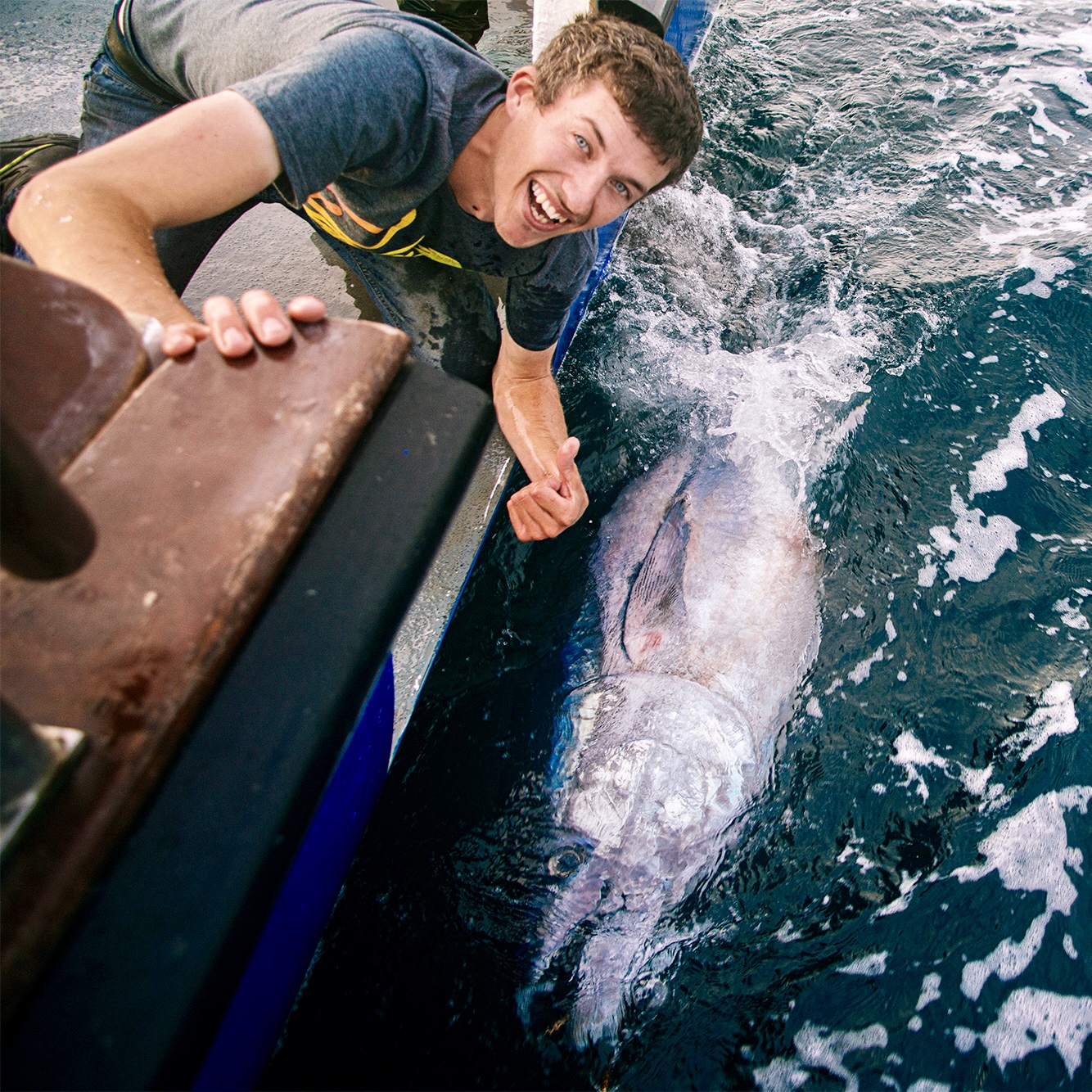 Steve Murphy, head of the Bluefin Tuna UK campaign and member of the Angling Trust’s marine advisory group talks about the introduction of a Catch and Release Tagging (‘CHART’) research programme for Atlantic Bluefin Tuna here in the UK, following the lead of similar successful programmes across Europe.

This Autumn, Recreational Sea Anglers in Ireland, Denmark and Sweden will again be the driving force in large scale Catch And Release Tagging (‘CHART’) research programs for Atlantic Bluefin Tuna.

These tightly regulated and closely monitored programs have been actively encouraged by the species global management body, ICCAT, and are helping to fill the still substantial gaps in our knowledge of this iconic species.  We believe the UK should no longer be an outlier in failing to operate such a program.

Over 350 Bluefin have been successfully captured, tagged and safely released across these programs, with 15 specially authorised Irish vessels accounting for 219 fish last year alone. In Denmark and Sweden, up to 70 private fishing boats and crews were authorised and have been tagging fish since 2017. In all cases, these programs applying floy, or ‘spaghetti tags’ are operating alongside narrower, hi-tech, high-cost Pop-up Satellite tagging (PSAT) programs.

In addition to the notable scientific contribution these programs have made, they have brought substantial economic benefits to coastal communities, benefits needed this year more than ever.

Defra, the government department overseeing  such programs in UK waters has declined so far to join this world leading approach to research and instead will rely once again purely upon a narrow PSAT program, utilising a handful of boats at taxpayers expense, providing little economic benefit for UK ports.

We have been, and remain supporters of this ThunnusUK PSAT program, but believe that the UK should additionally authorise a wider scale, ‘UKCHART’ program this Autumn. We provided DEFRA with a detailed proposal as to how this could work in February, learning from and taking best practices from the Irish, Danish and Swedish programs. Such a program would complement Satellite tagging operations and bring a greater understanding of the presence of Bluefin in UK waters.

The UK should be leading, not lagging behind in such important fisheries research.  We still have time to establish such a program this autumn, Covid-19 restrictions permitting.  We are calling upon Secretary of State George Eustice, in charge of DEFRA, to support this and authorise such a program.

Atlantic Bluefin Tuna populations have come back from the brink in just a ten year period. A 15 year recovery plan, adopted by the species’ Global management body (ICCAT) in 2006, has seen the Stock Spawning Biomass (SSB) recover sharply since the lows in 2010, when the IUCN assessed Atlantic Bluefin as ‘endangered’.

The global quota for Atlantic Bluefin has been subsequently increased nearly threefold from the 2010 low set as part of the recovery plan.

As early as 2015, the IUCN themselves, in their review of the status of that key EA/Med stock found it warranted a rating two notches better than the ‘endangered’ rating of 2010, outside of the ‘threatened categories’.

Are they really now in UK waters?

This recovery in numbers has been accompanied by a dramatic shift in the species spatial distribution. Since 2015 Bluefin are migrating in the late summer to the food rich waters of the NE Atlantic. The UK, Denmark, Sweden, and Ireland are all now seeing substantial numbers of Bluefin in their waters each Autumn, in some cases for the first time in 60-80 years.

With no share of the 38,000 tonne annual quota, these four countries are precluded from even authorising a recreational catch and release fishery. Special dispensation from ICCAT is required to operate these CHART programs.

In acknowledgement of that change in distribution, in late 2017 ICCAT enacted a series of rule changes making it much easier for those non quota holding members to establish Catch And Release Tagging programs.  ICCAT are encouraging and supporting such programs to help fill in some of the gaps in our collective knowledge about this enigmatic species.

There are significant economic benefits to be had from such programs.

A ‘UKCHART’ program could see dozens of vessels from a large number of ports, from Dorset to the Shetlands, chartered under regulated and monitored conditions for several months each autumn. The program could generate hundreds of thousands of pounds not just for charter vessel owners. Benefits would accrue to other ‘tourism’ related sectors such as the Hotel and restaurant trade.

Covid-19 has economically devastated these communities. Tourism, the lifeblood of many of them, will be non-existent this year. Government support programs are welcome but cannot come close to replacing that lost income.
A wider UK Bluefin Tagging program cannot fix all those ills. However, it could provide enough revenue over the autumn to keep these businesses ticking over.

In a ‘normal year’ it would be welcome additional revenue.  This year it could be the difference between survival and bankruptcy.

In conversations with Government officials we are repeatedly informed that any decision about the future management strategy for ‘UK Bluefin’ must be based upon ‘rigorous science’.

A ‘UK CHART’ program, potentially providing hundreds of capture, data recording, tagging and release events is exactly that kind of ‘rigorous science’ that will further our knowledge of this species.

Ireland, Denmark and Sweden have all pursued this scientific and economic opportunity. The UK stands out in failing to do so.

We should be ‘walking the walk’ in fulfilling our claim to establishing world leading fisheries management strategies. that help ensure sustainable, scientifically useful, economically optimal policies in relation to this iconic, enigmatic super-predator, the Atlantic Bluefin Tuna.

Steve Murphy heads up the Bluefin Tuna UK campaign and is a member of the Angling Trust’s Marine Conservation Advisory Group.