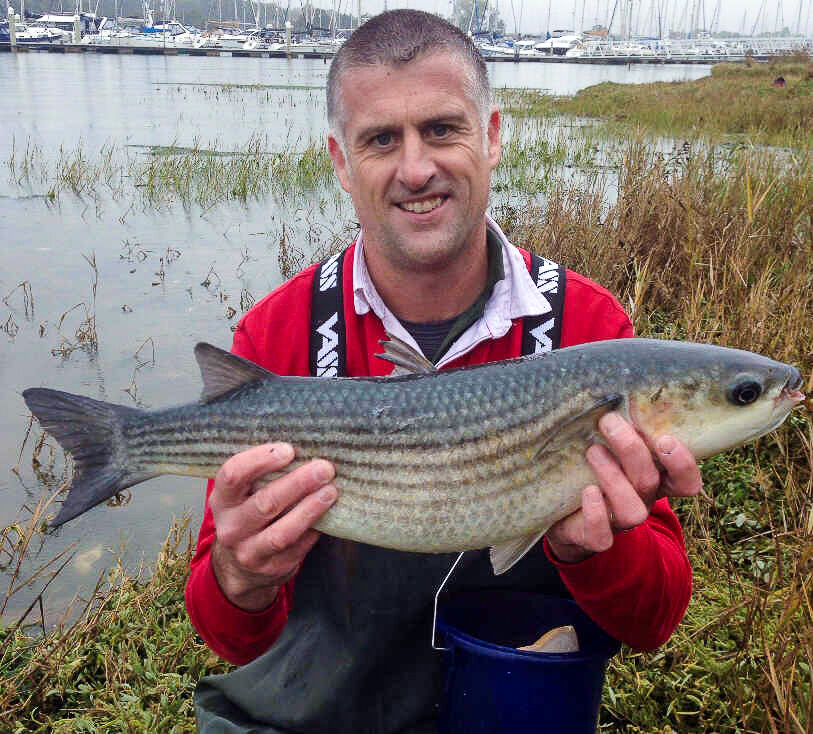 Andy Burt, Chairman of the National Mullet Club, discusses the need for better management of grey mullet species in his next blog post.

It would be fantastic if fish stocks were managed with conservation and sustainability as the driving force but that is not always the case. Fish stocks are commonly managed for commercial gain so we have to bring stakeholder interests into the argument. The new Fisheries Bill will put recreational interests officially on the table to be considered when making decisions, meaning our needs have to be taken into consideration, as well as managing stocks not considered commercially important that would otherwise get ignored such as grey mullet, wrasse and gilthead bream.

Fish are a public resource. It should not be that someone who not only does not pay for access to that resource, but is actually heavily subsidised with public money, has more right to the fishery for personal gain than a member of the public who wants to catch a fish for themselves, and that the fishery can be destroyed for short term and financially insignificant commercial interests. The public resource has been privatised and that is wrong – hopefully now things will change.

Recently several IFCAs, Inshore Fisheries and Conservation Authorities, who manage sea fishing matters out to 6 miles, have introduced or are about to introduce, byelaws restricting netting in harbours and estuaries within their areas. The driving force behind these byelaws is the Environment Agency trying to protect salmon and sea trout. Bass were also brought under the umbrella and Devon and Severn IFCA also recognised the need to protect grey mullet and other species in their areas. However, one IFCA, Southern, who preside over Hampshire and Dorset, despite having more nursery and refuge areas than everyone else are trying to avoid implementing anything meaningful. The NMC (National Mullet Club), Angling Trust and the Environment Agency have been heavily involved in trying to persuade SIFCA to implement the same level of protection as other IFCAs.

When consultations come around it cannot be stressed enough how important it is that everyone write in and gives their opinion. Comments from the last blog demonstrate that everyone is seeing the same thing – the population of grey mullet in the UK is declining.

When we consider landings of gey mullet, the over 10m fleet has minimal landings and we should discount them. The under 10m fleet counts for by far the highest mortality and yet this is small in real terms. In 2018 the total value of grey mullet landed in the UK by the under 10m fleet was just £175,000. Out of this Poole alone accounted for £45,560. In 2018 fish accounted for £314000, shellfish £1440000! So, we can see how insignificant fish are to Poole without shells on their backs…. Then consider that grey mullet accounted for less than £46000 and you have to ask why SIFCA are putting so much effort into promoting it. This is compounded when you look at who earns what and you find that IN THE WHOLE OF THE UK ONLY 1 COMMERCIAL FISHERMAN DECLARED £10000 OF LANDINGS FROM GREY MULLET! In fact, only three licensed boats in the UK declared landings of over £5000.

We can see form these graphs that Poole is by far the biggest grey mullet fishery in the UK. We can also see how insignificant it is as a commercial fishery. We can also see from MMO data that not one registered vessel earns a living wage from grey mullet.

No matter what data set you examine commercial or recreational, the picture is the same – falling landings. (It must be noted that the data mullet landed and is not solely Poole registered vessels as per the data below).

We can see that it now takes more effort to catch those grey mullet. From the bottom left graph we can see that whilst trips where grey mullet were caught have been reasonably consistent, showing a slight downturn likely because some trips yielded no mullet the quantity of grey mullet landed for that effort has declined some 67%! There can be only one reason – there are fewer grey mullet around! What seems obvious to anyone who recreationally fishes for mullet or even someone who is a bit observant walking around a harbour in summer is being denied by some authorities who are quite happy to let grey mullet get fished out of existence rather than do the right thing, what they are actually supposed to do and manage the fishery.

The reasons grey mullet are now threatened are well known, late maturing, they aggregate, are easy to net and currently have little or no management measures in place. Monofilament nets are cheap and easy to purchase and can be set almost anywhere with no permit required. Much netting that goes on is unlicensed, often perfectly legal and there is no reporting of landings; it is completely unmanaged and that must change.  The evidence that grey mullet need conservation through effective management measures is obvious as we have demonstrated. The fact that they are commercially unimportant and yet hugely important recreationally means that the stock should be managed appropriately.

All netting needs to be controlled and landings recorded including those from unlicensed fisheries. Targeted netting of such a vulnerable species so obviously in decline must be stopped including seine netting of spawning aggregations. DEFRA are aspiring to implement ‘world class fishery management’ and the United States, Australia and New Zealand are often quoted as great examples. All three of those countries have management measures protecting grey mullet after commercial overfishing. It is time DEFRA stopped talking and took some action. There is no better example for DEFRA in their intent of world class fishery management and balancing the needs of all stakeholders than that of grey mullet.