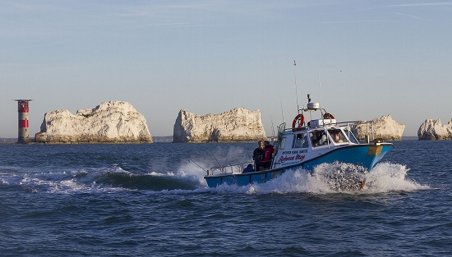 Following a campaign by the Angling Trust and the Professional Boatman’s Association (PBA), which attracted support from diving groups including the British Sub Aqua Club (BSAC), the government have decided to withdraw guidance issued on June 11th which specifically prohibited skippered charter boats in England from operating under the COVID-19 regulations. The decision is effective from July 4th.

Last month, the Angling Trust wrote formally to the Environment Secretary George Eustice challenging the Defra guidance which ran contrary to that issued on June 1st by the Department for Digital, Culture, Media and Sport (DCMS) on behalf of the government which allows up to six people from different households to meet outside. In their joint letter with the PBA and BSAC the Trust threatened to commence legal action action saying:

“We have sought at all times to work with the departments of government, to support and encourage compliance with law and guidelines in these difficult times. We still wish to do so, but we cannot ignore the unjustified damage which your guidance is doing to our members, and an industry we represent. We very much hope that we do not have to examine more closely the legal remedies which may be open to those we represent, and others currently being harmed.”

Stuart Singleton-White, Head of Campaigns at the Angling Trust said:

“The absurd and illogical guidance that emerged from Defra was putting livelihoods at risk so the Angling Trust decided to join forces with the Charter Boat skippers and Scuba Diving groups, who are similarly affected, in a direct approach to George Eustice pointing out that the restrictions are not only unreasonable but have little basis in law and could leave his department open to legal challenge by skippers for damage to their businesses. It’s obviously great news that they have backed down but shameful that such nonsense was ever put forward in the first place.”

Phil Higgins from the PBA added:

“Working alongside the Angling Trust and BSAC we have managed to get the misguided guidance changed to reflect our new COVID-19 compliant operations. Although it came late in the day this is a pleasing change of heart by the government which will be welcomed by our members who can now get back to work without fear of sanctions.”

“This news is very welcome. It was absurd that Defra caused so much confusion in contradicting previous guidance. It prevented our charter boat skippers from getting back to sea when they have been hit so hard since COVID-19 lockdown restrictions were introduced. Charter boats contribute so much to the economy, particularly of our struggling seaside towns and, of course, are a vital way for thousands of sea anglers to be able to get out and enjoy their sport – which also has a positive contribution to mental wellbeing of the nation.”

“Working with both the Angling Trust and the PBA has strengthened our lobbying to Defra in regard to their conflicting guidance on ‘using a boat inland and on the coast’. BSAC is delighted with the response today from Defra and the withdrawing of the guidance commencing 4th July. I believe that we will all work together far more closely in these areas which matter to our members in the future and this can only be a good way forward.”

I want to give you advanced notice of the decision on the Defra guidance on ‘using a boat inland and on the coast’. The Minister will provide a formal response to your letter shortly.

Throughout the COVID-19 pandemic, the Government’s priority has been, and remains, to save lives. Following the latest announcement by the Prime Minister on 23 June, which marked a significant further easing of the lockdown restrictions to come into effect on 4 July, the Government has decided to withdraw the guidance on ‘Using a boat inland and on the coast’ from 4 July.

•       Meeting People Outside Your House

3. Original Defra Guidance ‘using a boat inland and on the coast’