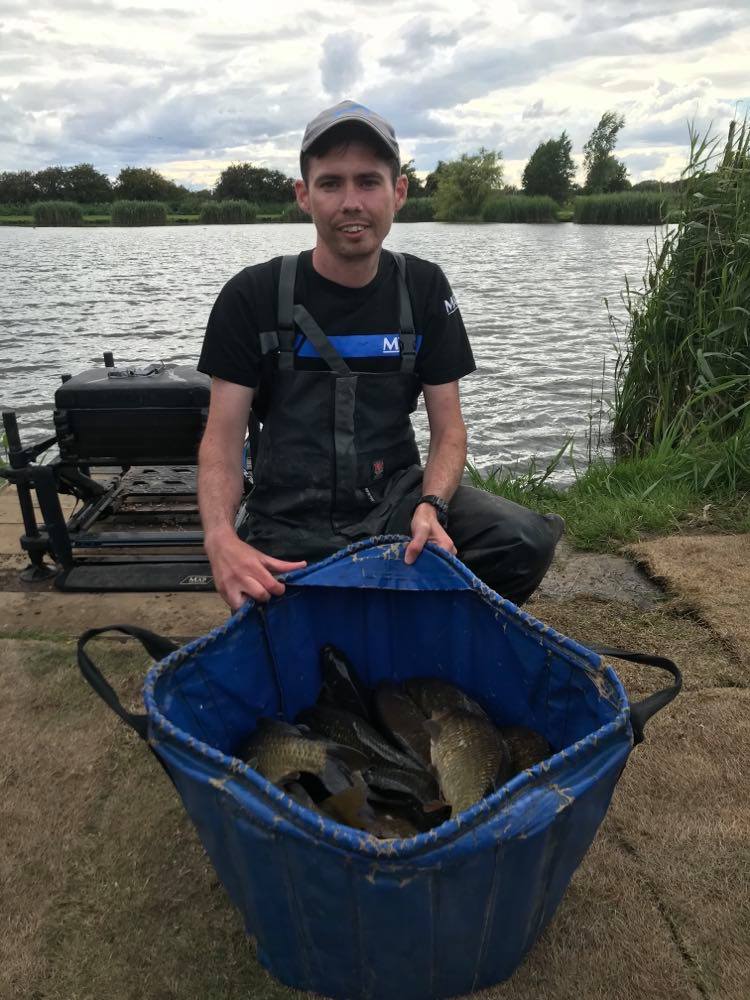 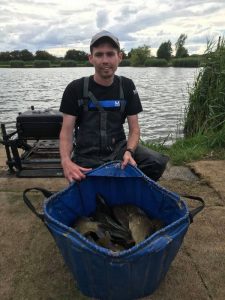 A trip back to Lindholme lakes was on the cards for the sixteenth round of FishOMania qualification. With Bonsai, Willows, and Bennys in the match, many anglers wanted to draw on the prolific Bennys, and so it proved with all the top weights coming from a windswept corner where the F1s had gathered in force.

Daniel Bennet was the man to make the most of the situation and after a good draw on Bennys peg 56, he made no mistakes to claim his spot in the 50K Final. Daniel kicked off his day fishing 4mm pellets shallow at 10 meters and went out of the blocks like a train catching F1s shallow. Whilst he was fishing his long line, Dan prepped his short caster line which he came on later in the match and continued to sack up on F1s. Dan added “I best get in some practice for the final”.

Second on the day was Rob Burgin who had a right head to head battle with Dan from peg 54 on Bennys. Rob has also gone with a shallow approach to the showing F1s in front of him and put 24 together in the first hour. Unfortunately, in the tricky conditions Rob’s catch rate dropped and he was left agonisingly close with an impressive 214lb.

Rounding out the top three was Ryan Bennett, who also had the wind blowing into him on Bennys peg 5. Ryan started at 13m fishing casters shallow and finished up his match fishing pellets at full depth short for 200lb 2ozs.

Once more a huge thanks to Neil/Aaron and the team at Lindholme for hosting another cracking qualifier at short notice. Further thanks to James Lewis for running the match on behalf of the trust.

Further to last week’s announcement we have two more FishOMania qualifiers at:

We’re working towards updating the new website so that bookings can be taken online, so watch this space for further announcements.