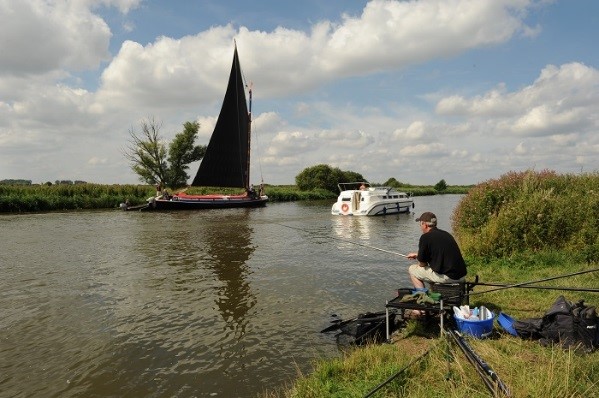 Scientists and Anglers to mount challenge to flawed decision making

Leading fisheries scientists and angling representatives have jointly condemned last week’s decision by the Environment Agency (EA) in East Anglia to grant Natural England (NE) a permit to block off the major spawning site for fish at Hoveton Great Broad in the northern Norfolk Broads in order to combat turbidity and promote better weed growth. This is despite formal objections from the EA’s own fisheries staff backed up by seven years’ worth of fish surveys, studies and tagging costing more than £250,000 of rod licence and taxpayers’ money. 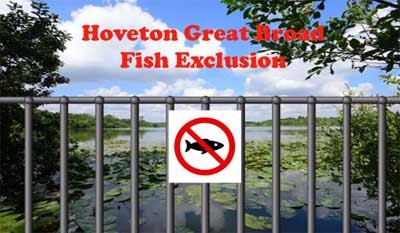 Natural England are blaming the increased turbidity on the presence of fish in Hoveton Great Broad when in fact the accompanying eutrophication is primarily caused by years of sewage and agricultural discharges into the River Bure system. Prolific shoals of bream and coarse fish were present in the Broad long before turbidity became an issue.

Hoveton Great Broad is connected to the River Bure system and the tracking study showed the incredible distances that Norfolk bream would travel each spring to access their spawning grounds. There are currently still £130,000 worth of trackers and receivers out in the water indicating bream migrating distances of up to 24 kms – much further than previously thought likely. Bream are an iconic Broads species and a popular angling target. Figures show that 75% of riverside holiday bookings are made by anglers and that a reduction in fish stocks would have a devastating effect on tourism in the region.

The plans have been vigorously opposed by the Broads Angling Services Group (BASG) which represents angling interests throughout the Norfolk Broads. Following the EAs decision to give the go ahead they have called upon the Angling Trust and Fish Legal to mount a formal challenge of the decision by the Environment Agency to issue the permit if necessary. The Angling Trust has already begun work and is preparing representations to Sir James Bevan, Chief Executive of the Environment Agency and Tony Juniper, Chairman of Natural England.

Duncan Holmes Director of BASG said: “It’s a shame we have had to escalate this to a national level but local angling interests were left with no choice given the EA’s refusal to listen to the advice and evidence from their own experts. We welcome our national governing body’s commitment to try and protect England’s largest inland fishery from these damaging proposals.

Clearly if this model applied to birds, mammals or insects the project would be stopped immediately, and we ask the question why Natural England and their associates consider that Bream are not afforded the same protection within their natural environment. Angling brings an estimated a value worth of over £100m per annum to the Broads local economy much of this bringing visitors out of the peak holiday season. The ecological and economic consequences of this evidence free and hare-brained decision will be serious.”

Leading fisheries scientists at the Institute of Fisheries Management were engaged to assess the Natural England project and concluded that it should not proceed.

David Bunt, Chairman of the IFM added: In 2019 the Institute of Fisheries Management highlighted the deleterious impacts that any fish exclusion from this area could have on fish stocks. Regrettably, none of the recommendations made in our report have been adopted. Continuing research has further highlighted the importance of Hudsons Bay and Hoveton Great Broad as a spawning habitat, not only for the local bream and fish populations, but to all fish populations throughout the Northern Broads Ecosystem. This evidence reveals the vital importance of this area not only to the fish populations, but to the supporting fishery and wildlife that rely on these fish. The IFM consequently strongly recommends that this project should not proceed with the existing plans for fish removal and exclusion which could have irreversible and damaging impacts on the fish populations and ecosystem as a whole.

The Angling Trust will be reminding the EA of their statutory responsibilities to improve rather than to destroy fisheries and to protect fish spawning areas. Furthermore both the EA and NE will need to explain why they can defy the law prohibiting action that will lead to the deterioration of a Water Framework Directive waterbody. The Trust has also uncovered a now broken commitment from NE in their 2014 Environmental Statement in which they pledged not to proceed with the bio manipulation plans if “these impacts are assessed by Environment Agency fisheries specialists as being significant.”

The Trust will also be contacting the Heritage Lottery Fund to alert them to the irrefutable evidence of the environmental damage that the proposed bio-manipulation will cause to this important and historic fishery and to suggest that they should withdraw that element of the funding.

Martin Salter, Head of Policy at the Angling Trust said: “It beggars belief that the Environment Agency – who are supposed to be guardians of both the ‘precautionary principle’ and the natural environment – have wilfully ignored their own fisheries experts’ warnings of the dire consequences of this scheme and pushed on regardless. Worse still it will be at the cost of wiping out a large proportion of the bream population that have happily lived in these waters since the Middle Ages and whose presence generates valuable angling tourism for the local economy. This whole sorry episode sets an appalling precedent for future EA permitting decisions on the natural environment. The prospect of Lottery funding should not be a factor in this process.

Natural England have never regarded fish or fisheries as anything like as important but anglers are entitled to expect better from the Environment Agency who they fund through their rod licences. Wilfully wasting over a quarter of a million pounds of public money amassing a conclusive case which they then ignore is completely unacceptable at any time but particularly so when public finances are in crisis.”