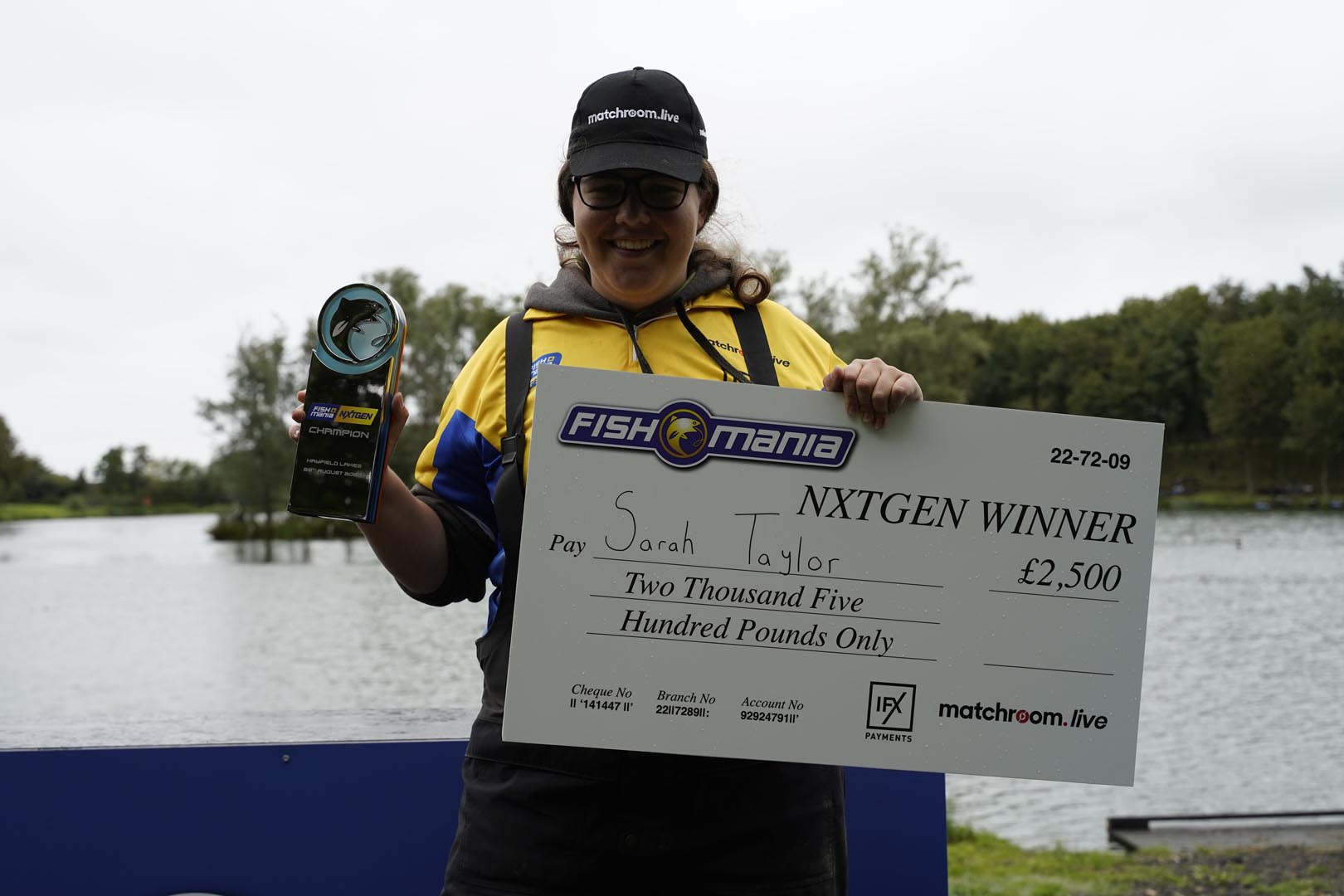 Sarah Taylor won the FishOMania NXTGEN title with 17.93kg thanks to a big second half of the match at Hayfield Lakes, Doncaster.

John Light Junior on peg two had a huge opening hour, weighing in at just over 12kg after 60 minutes. He remained top of the leaderboard until the very end, but Taylor began her offensive with over 7kg in the third our and a further 6.35kg in the final quarter of the match. 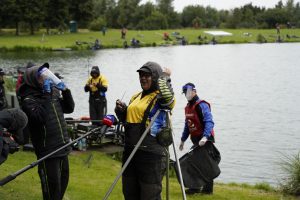 Taylor, who was FishOMania Ladies champion last year, changed her tactics during this year’s competition to claim the £2,500 NXTGEN title.

“It’s an incredible feeling,” she said. “After winning the Ladies last year, it’s surreal to win NXTGEN this year.

“I was behind until the last hour. John Light Jnr did really well in the first hour so it was a catch-up game really but I have been really lucky and there has been a big stamp down my edge.

“Last year I caught skimmers long, but this year I started short with a bit of bomb and pellet fishing out long and with this kind of peg fished the edges.

“I owe Andy my bank runner a treat with the money, and my parents as well. The goal is always to qualify for FishOMania. It has been my dream for years and having two titles is surreal; even last year hasn’t really sunk in. I can’t put it into words.”