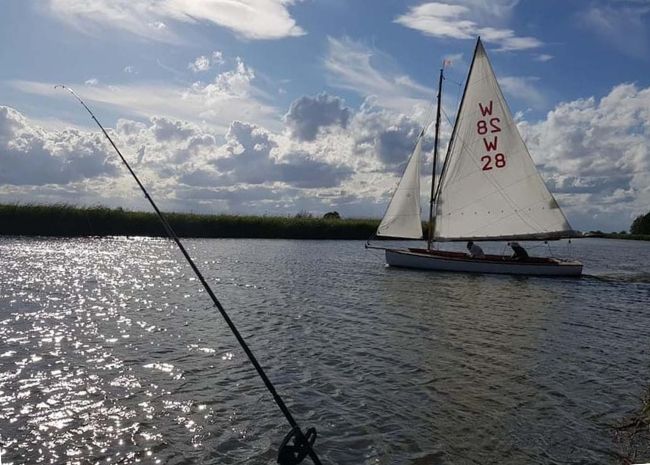 Anglers can today celebrate winning the first round in their battle to save an important bream spawning site in the Norfolk Broads.

The Environment Agency has announced that it is conceding the first of four grounds in a judicial review lodged by Fish Legal. This included “unfair and unlawful public consultation as evidenced by the failure to place relevant information, including the objections from Environment Agency fishery staff, in the public domain.”

Acting on behalf of the Angling Trust and the Broads Angling Services Group, solicitors at Fish Legal last month issued a legal challenge against the decision by the Environment Agency (EA) and Natural England (NE) to press ahead with plans to install fish barriers to block off vital spawning grounds in Norfolk’s Hoveton Great Broad.

Top fisheries scientists at the Institute of Fisheries Management, who formally reviewed the project, came to the same conclusions as the EA’s own fisheries experts judging the barriers to be potentially harmful and recommending that they should not proceed.

“It follows that the proposed bio-manipulation methodology, involving the installation of fish proof barriers to prevent fish accessing the habitats currently found within HGB [Hoveton Great Broad] carries a high risk of detrimental impacts to the fish populations of both HGB and the Northern Broads system.”

Other grounds in the Judicial Review which are still to be determined include:

“In July 2020, the EA granted Natural England the permit to put in fish barriers. That was despite calls from the EA Fisheries Team not to do so and investigations by the fisheries team which suggested that the impact on spawning fish would be catastrophic. None of this information was made available to the public during or after the consultation, so it had to be dragged out of the EA afterwards. We were then left with no alternative but to issue a judicial review claim at the High Court.

“The EA has now conceded on the first legal ‘ground’ – that the they had failed in their statutory and common law duties by failing to publicise and properly consult on the application for the permit – and have agreed that the permit application should be ‘remitted’ for ‘redetermination’.

“NE has said that it does not contest the argument that the consultation was flawed, but is defending the other legal grounds. It is likely that the Court will approve an order to ‘quash’ the permit decision.”

“It was very evident that BASG and the public were excluded from available evidence used by the Environment Agency, within the permitting process, which meant the process was flawed. Common sense has prevailed with the EA admission that the permit will be withdrawn. Anglers all too often don’t realise what the role of a governing body like the Angling Trust is. This is a clear demonstration of why anglers need a professional governing body and legal representation. Together, we can make a difference.”

“Whilst the EA’s concession is good news for fish and fishing in the Norfolk Broads it is also a scandalous waste of public money to see government agencies pursuing such an absurd and environmentally disastrous proposal, particularly when their own Fisheries, Biodiversity and Geomorphology team in East Anglia, who had spent seven years on fish surveys, studies and tagging at a cost of more than £250,000 of rod licence and taxpayers’ money, warned against it.

“These studies showed beyond all doubt that the proposed barriers would be harmful to the recruitment of bream stocks in the Northern Broads. Bream are one of the iconic species upon which the £100 million angling economy of the Norfolk Broads depends and with the support of the courts we are hopeful that we can put an end to this nonsense once and for all.”