The Angling Trust are delighted to welcome John Ellis and Neville Fickling to the roles of Non-Executive Director following their successful election by members at the Angling Trust’s Annual General Meeting held online on Saturday, 28th November.

John Ellis, who received more than half of the votes cast, has been involved with fisheries and angling in a professional and voluntary capacity for over 35 years. His day job is with Canal & River Trust and works with over 250 angling clubs with memberships from 10 to 10,000 through booking of events at the commercial fisheries portfolio he manages. 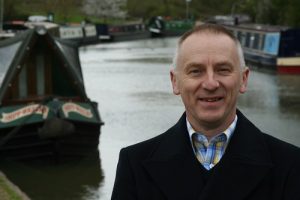 John has a deep interest in match fishing, making his competition debut aged seven, and has run club and open matches at grassroots level.  At international elite level, he managed the USA national coarse fishing team in the 1998 World Championship. John also has a great interest in the sport’s history and heritage, including national angling championships. and is currently a member of the England Fisheries Group.

Born in King’s Lynn, Norfolk, Neville Fickling will celebrate 60 years of fishing in 2021, having landed his first fish at the age of eight. He now lives near Gainsborough in Lincolnshire, and during his fishing career has twice broken the British record – for the zander in 1970 and in 1985 he landed the then record pike of 41lb 06oz.

A former member of the ACA, Neville discovered that his fishing was continually under threat so became active in campaigns to protect fish. He proposed the banning of the gaff for pike fishing at the NFA conference in the 1980s and joined others in the campaign to get anglers to return pike and zander alive. Along with other anglers, Neville helped convince stillwater trout fisheries that pike could exist in these waters and provide important income. 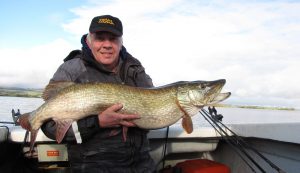 Neville has also served as Chairman of the Pike Anglers’ Club and negotiated a solution to a serious crisis which could have seen PAC collapse. Most recently, he has been involved in initiatives to get zander classified as a naturalised species.

“I am delighted to welcome John and Neville to the board and very much look forward to working with them. Both bring years of experience to their roles which will greatly benefit anglers and continue to help the Angling Trust in all that we do to support fish and fishing.”