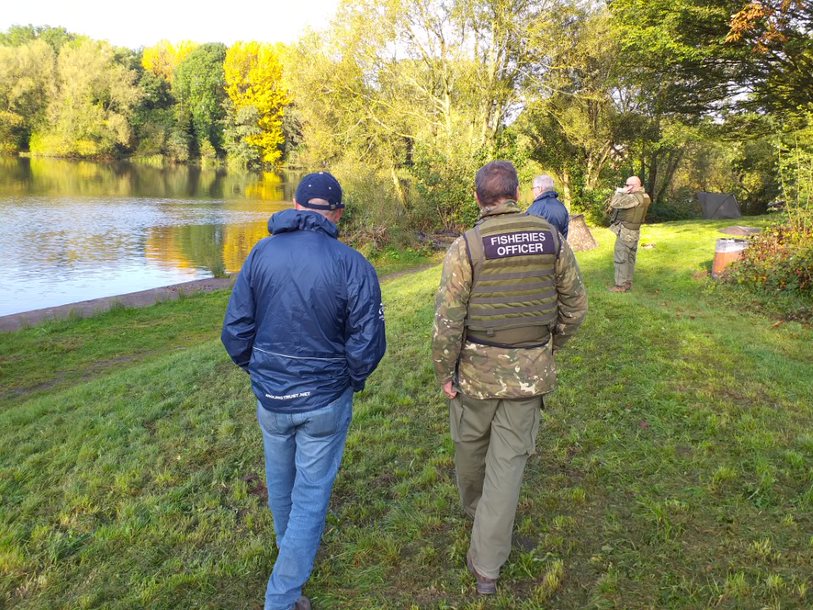 Giles Evans of Northumbria Police has written to thank Volunteer Bailiff Carole Sanderson for her outstanding effort which led to the recovery of a stolen Transit Van and a quad bike.

They were assisting Northumbria Police as part of Operation Checkpoint which is aimed at deterring and preventing criminals travelling to commit wildlife and rural crimes.

Meanwhile, Chief Inspector Chris Hardy of Lancashire Police wrote to thank David Lees, our Regional Enforcement Manager in the North West, for his delivery of training to new Rural Crime officers and his continued support in joint operations to combat wildlife and rural crime,.

Incidents of illegal fishing should be reported to the Environment Agency incident number 0800 80 70 60 or the Police on 101 to report a crime that does not require an emergency response or 999 to report a crime in progress.

The Voluntary Bailiff Service is part of the Angling Trust’s Fisheries Enforcement Support Service, which is funded from freshwater fishing licence money as part of the National Angling Strategic Services contract with the Environment Agency.