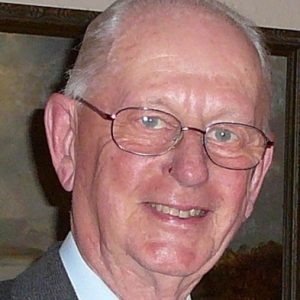 Born in Ryde, IoW, on July 8, 1935, he was educated at Sandown Grammar School, served an aerospace engineering apprenticeship at Saunders-Roe at East Cowes, IoW, before he gained a degree in mechanical engineering at Kings College, Durham, in 1958.

On completion, he began work at the Mullard Transistor Factory in Southampton, in 1961 prior to returning to work at Saunders-Roe for the remaining 26 years of his working life during which time the company became the British Hovercraft Corporation then a division of Westland Aerospace before becoming a division of GKN.

Before Tony retired from GKN in 1993, he worked on various projects, ultimately specialising in industrial research wave makers and test equipment.

He had met his wife, Pamela, on the island and they married in 1969. Together they had two daughters, Helen and Vivien.

His love of angling started when he would enjoy fishing with his father and he joined the Vectis Boating and Fishing Club (VBFC) based in Ryde, IoW, in 1952.

He was associated with the running of the club more or less continuously from the time that he joined. A meticulous record keeper, Tony was the club’s treasurer for 23 years and he also held the position of chairman for some time.

He enjoyed fishing from his dinghy in the Eastern Solent and also liked to fish from Ryde Pier where he was instrumental in securing access for anglers when the owners were looking to prohibit angling.

Following his retirement, he was pivotal in securing lottery funds for a new VBFC clubhouse, near Ryde Marina to replace the original clubhouse that had been on Ryde Pier. He oversaw the building and fitting out of the clubhouse.

Tony was an active member of various other organisations centred around his passion for the sea and angling. He was a long time national committee member of the National Federation of Sea Anglers and when that merged he became a member of the Angling Trust’s national Conservation & Access Group.

He was an active member of the Isle of Wight Marine Committee of the Angling Trust and acted as one of its representatives in stakeholder engagements with external bodies such as Defra, MMO, Natural England etc. He was a strident proponent of sea anglers’ interests during stakeholder discussions on south coast Marine Conservation Zones and on bait-digging restrictions proposed by Southern IFCA around Ryde

Tony also avidly represented the UK in international sea angling administration. He was awarded an honorary life membership of the European Anglers’ Alliance for his long standing services, which included preparing, with Roy Retallick, new statutes for the organisation after a number of national bodies had left it due to poor governance.

His breadth and depth of historical knowledge about sea angling matters enabled him to strongly express his views about conservation of fish stocks and the habitats they depend on.

Sadly a recurrence of an asbestos-related cancer in 2013 caused Tony to scale back on his activities and despite a brave fight, he eventually succumbed.

Recreational sea anglers owe him a big debt of gratitude. His contribution to ongoing issues will be sorely missed.