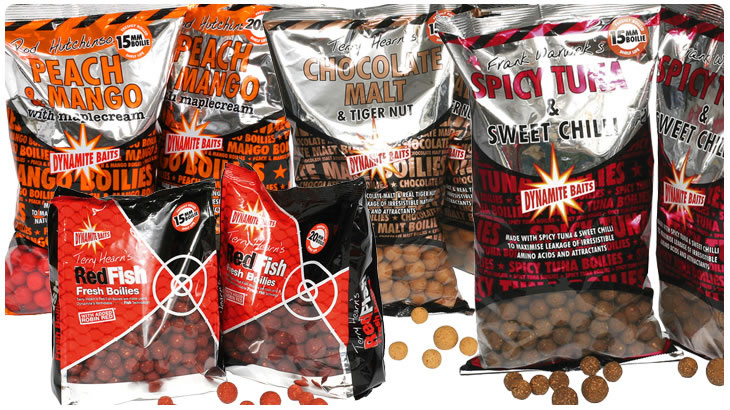 The Angling Trust has joined forces with bait manufacturers Dynamite and Mainline in urgently seeking clarification on Brexit ruling which will effectively ban UK anglers from taking baits with them on fishing trips in Europe.

Since the UK-EU Trade Agreement came into force on January 1st, the export of baits derived from animal produce, such as boilies, requires a European Health Certificate (EHC) to be completed. At present, the EHC for baits of this sort are under the same requirements as exporting animal feed which involves exhaustive and expensive testing, and certification from a vet. To make export to Europe cost effective, the Angling Trust believes bait needs to sit under a simpler EHC classification.

“The Angling Trust has retained active engagement with the European Commission through our membership of the European Anglers Alliance and we will continue to press the EU to facilitate this change of EHC classification.

“It is apparent, from our understanding, that the current position will impact on anglers purchasing bait in England to go fishing in Europe once Covid travel restrictions are lifted as they would have to produce an EHC if challenged. We are presently seeking clarification that our interpretation is correct and more information will follow.”

“It’s ridiculous that fishing baits for a species that is returned alive are being treated as if they were part of the food production process. I have asked my team at the Angling Trust to work with the angling trade to press the European Commission to see sense.”

“There is clearly some intransigence on the part of the EU who are supposed to talk with one voice yet Dutch and French customs are operating with a different interpretation of the rules. Proof in the pudding is that there are separate rules for the Dover to Calais crossing compared to the longer crossings which only adds to the confusion.

“At Mistral Baits we used to export to France, Holland, Italy and Germany etc. more than 30 years ago and it was easy. Not a problem at all. Get politicians and bureaucrats involved in something they know absolutely nothing about and you get a mess.

“With lots of contradictory advice from lots of different agencies we are in for the long haul unless we can get ‘recreational fishing bait’ taken out of the animal feed category and given another export code. I know that many bait companies source the ‘problem ingredient’, egg powder, from both Holland and France. If it wasn’t so stupid it would be funny, you could hardly make it up.”

The Angling Trades Association also hope to provide a briefing on the issues.