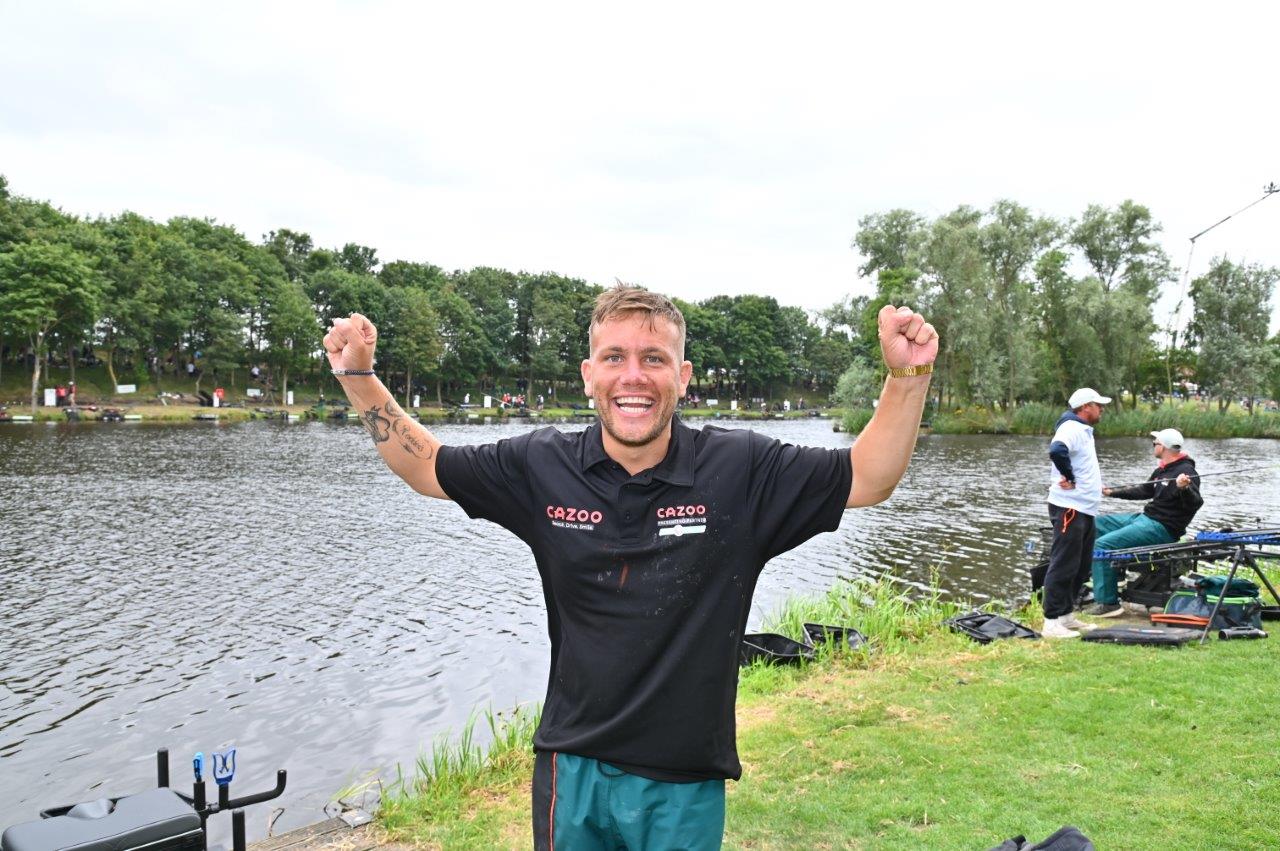 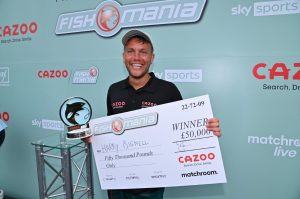 Harry Bignell won Cazoo FishOMania by the biggest winning margin in the competition’s history as he landed the £50,000 title with 85.225kg, 63kg more than second-placed Sam Brown.

The 30-year-old Yorkshireman never seemed to stop catching, and after taking the lead at the two-hour mark continued to extend his advantage as every weigh-in went by. His total catch was a shade over 10kg short of FishO’s biggest ever winning weight – Neil Machin’s 98.69kg in 2006.

“The peg has been really, really good,” said Bignell. “I had one short to start with and then went long at 16 metres. It was a bit too deep so I came back to 14 metres and stayed on that line all day.

“I struggled at times; I had a half hour period without a bite, but it’s been really good. I wasn’t nervous beforehand; it’s just another fishing match. If all of these people had been [around my peg] at the start I definitely would have been, but because I was catching, it was great.

“I will be giving some of my prize money to my bank runner, will spend some on my daughter, and probably save the rest.”

The battle for second place was a compelling one but at the end of the five-hour match it was Sam Brown who pipped Zac Brown to the £10,000 Runners-Up prize. Consolation for Zac was one of three £2,500 section winner prizes, with Robert Taylor and Ben Lockwood also topping their six-angler sections.

Before the match it was defending back-to-back champion Andy Bennett who was most fancied; a record short price of 2/1 was the best available on the Manchester man, who had drawn a favourable peg 4. However, he eventually finished 10th despite leading after the first weigh-in, while FishO legend Jamie Hughes finished 12th on his 10th consecutive appearance.

Owen Newman was crowned 2021 NXTGEN champion by just 25grams, the tightest NXTGEN contest FishOMania has ever seen. A mammoth first hour saw him net 7.625kg, although Josh Paling moved to the top of the leaderboard at the halfway stage of the four-hour match. Paling kept hold of top spot with an hour to go, with Sarah Taylor not too far behind in third.

However, it was Newman who took it in the final hour, winning from peg 8 to collect the £2,500 NXTGEN Winners’ cheque. 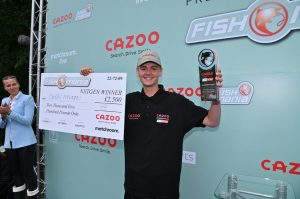 Following the NXTGEN match, it was announced that as of next year there will be a direct qualifying match for the NXTGEN, and the winner of NXTGEN 2022 will qualify for the 2023 FishOMania grand final.