A low river greeted competitors for this year’s Thames Tidefest Annual Championship held, as usual on the tidal Thames at Strand on the Green and Barnes. The 40 peg event, sponsored by Thames Water, has prizes of £500, £400, £200 and £100 plus a trophy in commemoration of three times Tidefest winner Mike Martin-Davies who sadly passed away. His widow Sue and daughter Fflur presented the prizes.

The match was split into two zones with the top four places divided between first and second at Strand on the Green and Barnes. Remarkably the winners were the two Wooding brothers both of whom drew peg 1. Daniel had a net of modest sized bream from just below Kew Bridge whilst his brother Andrew had roach and chub further downstream next to Barnes Bridge. Both catches came to the feeder as on the day the float line failed to produce.

“Whilst Tidefest itself is a lot more than just a fishing match the angling component continues to be popular and provides a very different challenge for match anglers with a constantly receding river and ever shifting fish populations.

This year the river had very little freshwater coming over the weir and it was always going to be tougher than usual. Fortunately we had a few decent weights despite the roach refusing to feed in numbers. Congratulations to the Wooding brothers on making it the first Tidefest 1:2 and thanks to everyone who turned out raising £400 for the kids fishing charity Get Hooked on Fishing.” 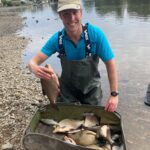 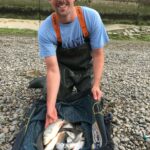 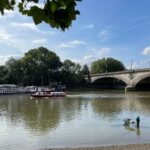 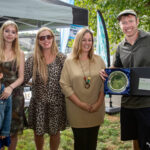 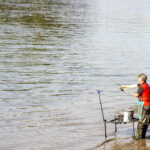