In his second article answering anglers’ questions, Jamie Cook looks at Fish Legal, the ACA and how a small co-operative formed in the same year the NHS launched has become such a powerful force for good

As a child I was obsessed with fishing and was lucky to grow up in a fishing family. On the back window of my dad’s old estate car was an ACA sticker. Whilst the sticker changed colour, the logo was ever-present through my childhood. Recently one of the country’s most prominent anglers said to me, “I used to join the ACA back in the day – everyone did.” When I explained to him that at its peak, when Britain had over four million anglers, the ACA never had more than about 15,000 paying members his jaw hit the floor…

Q – Whatever happened to the ACA?

A – The Anglers Cooperative Association was formed in 1948 and changed its name to the Anglers Conservation Association in 1994. It lives on through the Angling Trust’s campaigns in England and Wales and Fish Legal’s legal actions throughout the UK. I am the CEO and a trustee along with the 11 unpaid volunteer members of the Fish Legal governing committee. We work to build and manage a “fighting fund” so that however rich a polluter is and however small a fishery or club member are we can take on the case.

What we do is unique and 100% of any damages we win for our members goes back to the club or fishery. Incidentally, that’s not the case with major pollution incidents prosecuted in the criminal courts as that money goes straight to Government coffers, but we are working on changing that!

I’m so proud to continue the heritage and legacy of the ACA through the work of the Angling Trust and Fish Legal. Fish Legal benefits from donations and legacies which ensure that we will always be able to keep fighting on behalf of anglers and clubs, making polluters pay and using the law to make a real difference. 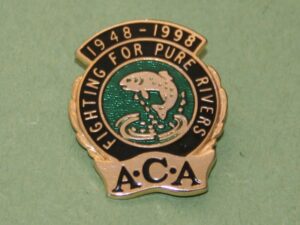 Q – What difference have Fish Legal actually made?

A – A huge difference and to give you an example you need look no further than the recent outrage over sewage pollution in rivers. The general public have become much more engaged in the pollution debate after it was brought to light through the mainstream media that raw sewage was being released into our waterways by water companies. I bet you didn’t know that without Fish Legal’s landmark legal case in 2015 against the Information Commissioner, United Utilities, Yorkshire Water and the Secretary of State for the Environment, Food and Rural Affairs, privatised water companies in England and Wales would not have to disclose information about these discharges directly to the public. All the campaign groups, all the local requests for environmental information, the brilliant work of WASP – Windrush Against Sewage Pollution – and others would not have been possible without this key case that made it a requirement by law for the water companies to reveal what they were doing.

Over the years we have fought many cases on behalf of local angling clubs. In the last 15 years alone we have won over £2 million in compensation for members impacted by pollution.  We’ve pursued those responsible for slurry pollution, anaerobic digestor spills, sulphuric acid and cyanide pollution, silt pollution and fish kills caused by discharges from sewage treatment works.  We’ve gone to court over dredging works, represented members over river abstraction plans and secured an injunction that stopped a hydroscheme licensed to allow up to 100 fish a day to be killed that would have seen anglers fishing in a metal enclosure over turbines at a popular weirpool on the River Trent.

Q – What happens to the damages won when Fish Legal wins a case?

A – 100% of damages are passed to the impacted club or fishery member so that they can start to rebuild directly from the impacts of the pollution incident.

Many of you may not know this, but for pollution incidents where the Environment Agency prosecute in the criminal courts, the fines go direct to the Government. Through the Angling Trust’s campaigns team, we are lobbying for that to change and for those impacted to receive the resource to help rebuild the environments which have been damaged through a dedicated restoration fund.

A – No. One of the key roles Fish Legal and the ACA have always taken is to hold the regulators to account. We have taken to court DEFRA, the Environment Agency, the Scottish Government and local authorities to protect fish, the interests of anglers and the environment. We have also successfully made civil claims against large industrial companies responsible for killing fish and polluting our waterways.

Where regulators decide for whatever reason not to enforce the laws they have at their disposal, Fish Legal give an alternative route for the local club or fishery to take direct legal action and make an example that polluting our waterways is not acceptable and will not be tolerated.

One of the reasons Fish Legal needs anglers’ individual membership support is to help us to use the law as a campaigning tool and drive regulators to enforce the laws as they are written. This is crucial and a core area of our work funded by individual membership, donations and legacies.

Q – How can I support the work of Fish Legal?

A –Fish Legal is crucial in our fight against pollution and is the one organisation that polluters and regulators simply cannot ignore. We have been described by HRH Prince of Wales as “uniquely effective in holding polluters to account” and recently in the ENDS Power List of top 100 Environment Professionals as “on the frontline of the UK’s river pollution crisis” and “a constant thorn in the side of the government, regulators and some local authorities”.

On the Wye for example, where there are multiple NGOs doing an important job of raising awareness, it is Fish Legal who are taking decisive action in holding Natural Resources Wales to account and taking Powys County Council to the High Court. We can’t always rely on lobbying and campaigning without some teeth behind it and it is for this reason that the Angling Trust and Fish legal have been so impactful for small organisations whose campaigning work is run on a shoestring.

So how do you support Fish Legal? You join…it’s a joint individual membership with the Angling Trust so the income we receive from every single individual who joins goes to support the work of both Fish Legal and the Angling Trust. We publish details on how every penny is re-invested back into angling and the environment.

In recent years we have seen donations rocket for Fish Legal which is testament to the work of Penny Gane and her brilliant legal team. We regularly publicise details of the cases they have taken on behalf of members and alongside the Angling Trust. These donations allow us to take on bigger cases, to use the law as a tool to drive change and ultimately to ensure that anglers can never be outpriced in legal action. Can you imagine being a small, local community club who had cared for and improved a venue for years only to see a developer, farmer or water company pollute the water and kill the stock? Can you then imagine how a group of volunteers would go about holding those responsible to account and how expensive it would be to take on legal action with no guarantee of winning? Fish Legal club and fishery members are not faced with that challenge as Fish Legal can take on the case on their behalf and return 100% of the damages won so that it can be spent on repairing the damage and rejuvenating the fishery for future generations. 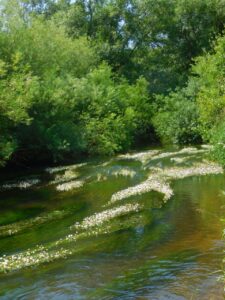 Q – What is a legacy and how do I make sure our waterways are protected for future generations?

A – A legacy is something you leave in your will. It allocates money from your estate when you die to causes which you are passionate about. You have probably all heard reference to grandparents leaving money to a donkey sanctuary or dogs’ home, but if you are an angler who has lived and fished a good life on the rivers, lakes or seas of the British Isles how can you leave something to ensure that your children’s children have the opportunity to do the same? The answer is that you can leave a legacy in your will to Fish Legal.

People have been doing this for years and as the successor to the ACA, Fish Legal receives legacies from individuals who have specified in their will that they want us to keep fighting the fight and protecting our waters. Legacies are simple to set up. What’s important is legacies really do make a massive tangible difference to the organisation and the environment. We use them in two ways – firstly we invest them into work which allows us to campaign for change – this might be monitoring or research, strategic legal action or it might be direct community campaigning. Put simply the money is invested directly into our work. The second area we use legacies is into what we call the “fighting fund”. This is a fund held with the express purpose of ensuring that whatever case Fish Legal need to fight we can’t and won’t be priced out. Litigation is expensive and the cost of losing can be high. The fighting fund allows us to support our members with costs they couldn’t afford and can be used in member cases under the strictly defined circumstances we work within. The fund is held in perpetuity which means in leaving a gift you know that 12 independent trustees, of which I am one, manage and oversee this fund and seek legal advice on risks associated with cases and ultimately make this resource available where it is needed.

The great news is that Fish Legal are so good at what they do that losses are extremely rare and having been specialists in this area since 1948 our track record speaks for itself.

If, like in 2021, when membership of the Angling Trust and Fish Legal grew by nearly 40% and we generated a surplus (profit) then we have the option of either reinvesting that money directly into expanding the Fish Legal operation or investing it in growing the fighting fund.

So, whether you join Fish Legal as an individual member, make a donation or leave a legacy you are making a real difference to an organisation that all anglers can agree is a huge force for good.

Can you really afford not to be a Fish Legal member?

If you are a club or fishery, where would you turn if you faced a catastrophic pollution incident? Could you afford to take legal action over a number of years to help make the polluter pay and re-invest in helping the environment to recover? For such a small annual membership I believe Fish Legal is an essential investment.

Fish Legal club and fishery membership works like a cooperative, in that the membership as a whole essentially pools its resources so that those members with problems can be helped when in need.

I am immensely proud to work for this organisation and I am determined to encourage more anglers like me to support such a crucial player in our environment whose purpose is to fight for fish, fishing and our environment – what more could we ask for?

For anyone who would like to read more about some of Fish Legal’s successful cases click here and if reading this has made you want to support this vital cause please click here to join Fish Legal and the Angling Trust or click here to make a donation.