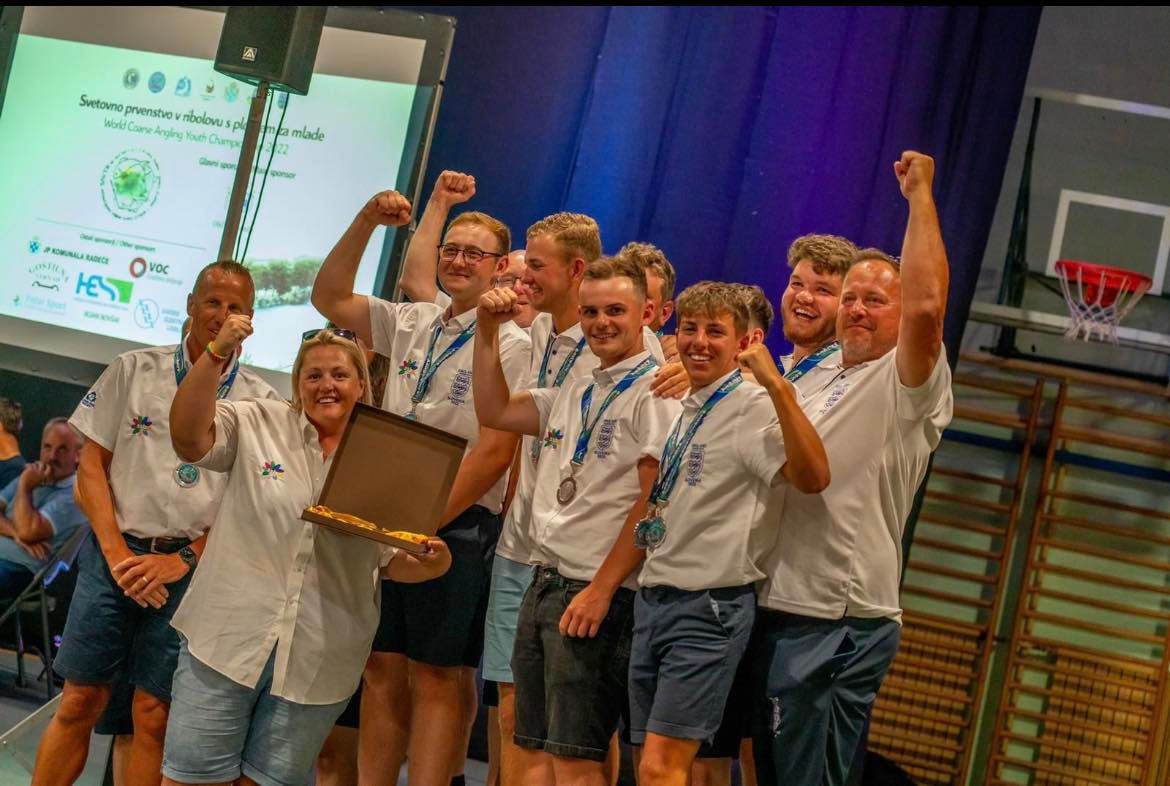 Team England’s Young lions have returned from a successful World Youth Championships in Slovenia with two silver medals in one of the closest competition weekends ever.

This year saw three squads travel over to fish in the big event on the River Sava – Tackle Guru England U15, SSB Group-sponsored England U20, and Sensas-backed England U25.

And it was the SSB Group England U20 squad which claimed the silverware with the team finishing second overall with 41 section points, just nine behind winners Hungary after two days of fishing.

Team member Callum Jennings added to the celebrations by picking up an individual silver medal thanks to his four-point section score. His score matched the winner, but he missed out on gold by a kilo following a weight countback. 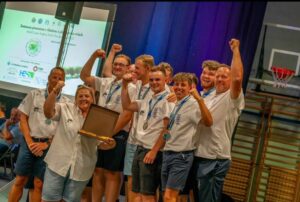 Howard Kaye unable to travel over, it was caretaker manager Jason Kirk and his support team who led the squad consisting of Will McCrannor, Josh Derry, Josh Duffy, Callum Jennings, Harry Keys, and Billy Kirk to the podium.

“During practice week we worked out how to target the bigger stamp of Vimba that other teams didn’t seem to be able to catch,” revealed Jason.

“Going into the weekend of matches we stuck to our team plan and didn’t panic when other teams caught the bigger fish. We fished a perfect team match which showed in the amazing result.”

The River Sava is known for its silverfish such as vimba, bleak, and roach but there are also bonus barbel and catfish which can show in areas too, allowing anglers and teams to gain mega points if they can be tempted on pole or float tactics.

It wasn’t quite the dream finish for our two other teams competing on the tricky River Sava, and both the Tackle Guru England U15 and Sensas U25s came home in fourth place in their respective age categories.

s an agonising half a section point – in effect a couple of fish – which knocked them off the podium, with old rivals France, Italy, and Poland sharing the awards.

The squad of Andrew Cranston, Josh Newman, Dean Jacques, Owen Robinson, and Jordan Holloway were the ones to watch in practice with big crowds gathering behind them each day as they did their best to catch on pole, whip, and slider floats, without giving away too many tactics.

“We are all bitterly disappointed at missing out on a medal,” admitted team boss Mark Downes. “The team have 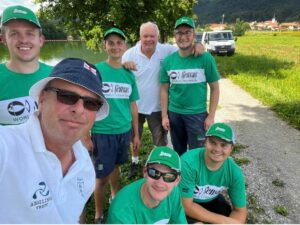 worked so hard over the last 10 days; they thoroughly deserved a podium place.

“But, as is often the case, it was tiny margins which determined the results and just 10 grams here, a lost fish at the net, or a late big fish netted by the opposition will often swing it away from you. Missing out by just half a point is a bitter pill for all of us to swallow.”

Mark’s U25s were also supported by a superb backroom team. “A huge thanks to the team, my hard-working number two, Darran Bickerton, and volunteer, Adrian Higginbottom who flew over at his own expense to help out.

“Next year we move to

“We have a sound team base for 2023 and will be looking to bring back gold again.”

The Tackle Guru U15 squad was one of the youngest ever fielded at a World Championships and they came so close to winning a medal at the hard-fought event.

Nine countries competed this year and England had the making of most of them – including host nation Slovenia – but it was an incredible pole-fishing performance from Italy who took gold ahead of France and Spain.

Team manager Matt, himself a multiple World Youth Champion, believes the experience will stand the lads in good stead for 2023.

“It was an amazing week away, and a good result considering the team is very young with three 13-year-olds in the gang,” he said. 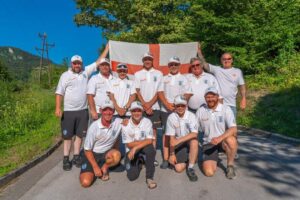 “The venue was hard, but rewarding, with vimba been the main target on the pole and a small amount of bleak and slider fishing.

“I think if we had a more experienced team, we’d be on the podium, but for me it’s a big positive that three out of the five now have a year of international experience under their belt and I’m confident we’ll have a super strong squad going forward.”

WANT TO FISH FOR ENGLAND?