Following years of pollution issues at Boxers Lake in Enfield, the results from the Angling Trust’s Water Quality Monitoring Network have forced Thames Water to finally take the situation seriously and address the problems.

The 1.5-acre Boxers Lake was once part of the South Lodge Estate in the historic Enfield Chase where King Henry VIII loved to hunt. The area became urbanised when the Piccadilly Line was extended in 1935.

Surface water from the whole of the Oakwood area passes through culverts and is collected and held in Boxers Lake before being released at a controlled rate to continue along the Glenbrook to join Salmons Brook and then the River Lea.  The lake is vulnerable to pollution from misconnections and road surface run-off – anything that goes down a drain ends up in the lake.

Around the time of the Millennium, there was a catastrophic loss of fish when all aquatic life was wiped out after glycol, an anti-freeze agent, was recklessly tipped down a drain. Carp to 25lb were lost and the waterfowl had to be rescued after oils were stripped from their plumage causing them to lose buoyancy. The lake was restocked and recovered slowly, but pollution has continued to be an issue.

Sue Davey, of the Boxers Lake Conservation & Angling Association, helps manage the lake on behalf of the Enfield Anglers Council, the organisation that holds the licence from the council to fish the lake.

Sue said: “I have constantly reported pollution problems to the Environment Agency and Thames Water, grey water from the lake outfalls and sewer fungus on the outlet from the lake. A month ago, our volunteer bailiffs realised that we had even worse problems, fish were not feeding and appeared sluggish and in distress. I made an urgent call to the Environment Agency hotline who contacted Thames Water to investigate.  A team arrived and they used aerators to re-oxygenate the water, the dissolved oxygen was as low as 11% in places.

“Thames Water teams investigated around the northern side of the lake and found nine misconnections and a fractured sewer pipe that was leaking into the surface water pipes. Once the pipes were repaired the team left.

“I checked the culvert and saw that we had significant misconnection issues again. I notified Thames Water, but their man didn’t see what I had seen so he closed the case. I contacted Thames Water through Twitter and they sent their man out again, this time I managed to speak to him, showed him my photographs and he conceded that there were probably misconnections, but again he said he hadn’t seen anything and was going to close the case.”

Frustrated by the lack of action by Thames Water, Sue contacted the Angling Trust which led to Environment Officer Drew Chadwick and Environment Manager Steve Frost spending three hours carrying out water quality tests and discussing the problems at the lake.

Sue added: “I am grateful to Drew and Steve for travelling to Boxers Lake and carrying out the tests. They have given me the evidence to confirm what I already knew but now I have been able to take their findings back to Thames Water.”

Using his Water Quality Monitoring Network kit, which helps to support our Anglers Against Pollution campaign, Drew found extremely high levels of phosphates and nitrates as well as dangerously high levels of ammonia. These were reported to Thames Water and as a result they returned to the lake and started investigations to resolve the causes.

A spokesperson for Thames Water said: “We will be identifying any properties that may have their sewage draining incorrectly fitted to their surface water drains. Once we’ve identified a property that has a misconnected drain, we’ll then issue them with a notice to make changes to their pipework to stop the misconnection. We’re tracing this by going back through the pipework and making spot checks in the surface waterlines to check for presence of sewage, and using this to direct where we need to go. Where we find a suspected misconnected property but can’t get access, we leave a card asking them to call us and make an appointment for testing and follow up as needed once we’ve identified a property has a misconnected pipe.

“Surface water drains can stretch for miles and across a broad area before reaching an outflow, so it will take time to fully identify all potentially misconnected pipes to stop this pollution from further occurring. Investigations will continue until we’re satisfied this has stopped at the outfall.”

Kris Kent, National Lead for Water Quality Monitoring Network (WQMN) at the Angling Trust, said: “We launched the WQMN to engage angling clubs and fisheries in understanding the pollution affecting their waters. Whilst the results at Boxers Lake are worrying, it is great to see how the WQMN is helping to highlight water quality issues and drive action to address them.

“Well done to Sue for not letting Thames Water get away with sweeping the problems at Boxers Lake under the carpet and to Drew for providing the evidence that has made the issues undeniable.”

The initiative is supported financially by Orvis UK and APTUS tackle and the “Big Yellow Boxes” are supplied by Flambeau Outdoors.

Funding for this initiative also comes from our Trade Associate members and through our fundraising raffle and Auction.

JOIN THE ANGLING TRUST AS AN INDIVIDUAL

More information about Anglers Against Pollution 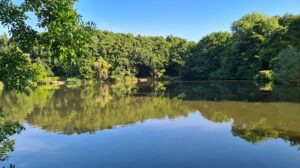 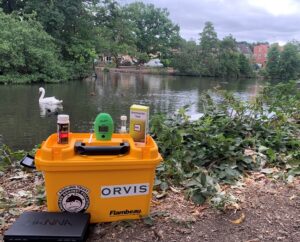 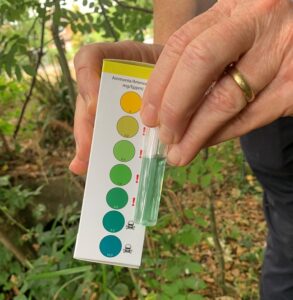 Thanks to our Water Quality Monitoring Network supporters: