Following a serious sewage pollution incident on the River Ray near Swindon at the weekend which wiped out fish stocks on a three mile length of the Thames tributary, the Angling Trust have demanded a full explanation from the Chief Executive of Thames Water.

Worst affected is South Cerney Angling Club, currently taking advice from Fish Legal, who hold the fishing rights on the Ray at Seven Bridges downstream from the confluence with Haydon Brook where the pollution entered as a result of a burst in the main sewer.

Local information indicates this is the third such failure in the same section and the river itself suffered a similarly catastrophic pollution in 2003. There is some question as to whether the main sewer is too far degraded to be capable of repair.

The Angling Trust have previously highlighted the failure of the water industry regulator OFWAT to approve adequate investment in the UK’s wastewater infrastructure with replacement rates for sewerage pipes operating on an absurd life expectancy of 2,000 years.

An initial investigation by the Environment Agency fisheries team indicates that in the bulk of the river, down to the junction with the main River Thames, there has been an almost total wipe out of fish populations and other invertebrates. Over 2,000 dead fish were counted in the sampling area including large chub, pike and barbel.

With dissolved oxygen readings on the main River Thames below the confluence with the Ray at around 40%, half of what can be found elsewhere on the river, it is clear that the pollution will have impacts well downstream of the pollution source.

Head of Policy at the Angling Trust, Martin Salter said:

“It’s completely unacceptable to see the same river being devastated by the same water company in the same location twice in 20 years. There’s clearly some deep seated problems in the sewerage network around Swindon which should have been resolved years ago. We have sought full incident reports from both Thames Water and the Environment Agency and have instructed solicitors to take whatever action is necessary to secure the funds to restore the river and its wildlife. This would be in addition to any criminal prosecutions which must surely follow such a serious pollution.”

“As we revealed in our ‘Broken Water’ report last year, the available data on waste water pipe replacement rates shows that the typical replacement/renewal rate in the UK is around 0.05% of the network per annum. This implies OFWAT and the water companies are expecting sewers to last for 2,000 years – 10 times longer than the European average. Our increasing concern in pollution situations like this is that any repairs to an already crumbling network will only last a short while before the next wipe out of fish and wildlife.”

“As a club we are appalled that this formerly thriving little river has once again been destroyed by Thames Water. It was heartbreaking to see the amount of dead fish floating down the Ray and goodness knows what damage they have done to the main river Thames. We are hoping that pressure from the Angling Trust and Fish Legal will see us compensated and that Thames Water will take action to ensure this never happens again.”

“Since 2010, Thames Water has paid around £162 million in fines or enforcement undertakings for breaches of environmental laws. Despite this there is little sign of meaningful change to its behaviour as witnessed by the recent River Ray pollution.

“It is clear that the company has regarded these fines as simply a business expense with our rivers the collateral damage. The public are no longer prepared to accept this. The time has come for Thames Water to clean up its environmental act, with its shareholders providing real and adequate funding as redress for the years of infrastructure neglect and high dividend payments.” 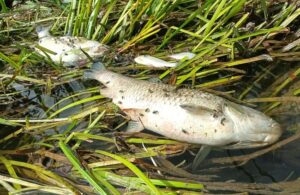 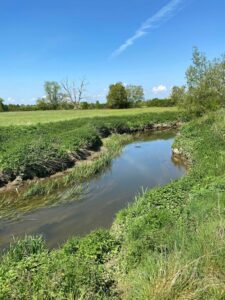