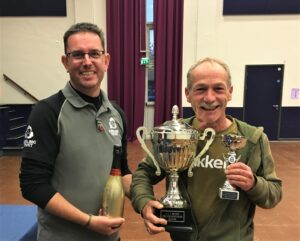 With bright sunshine, 15-degree temperatures, and gin-clear water conditions on both the Glassmoor Bank and Twenty Foot Drains, this famous event was always going to be a low weight affair and many anglers opted for a strategy of targeting the hungry jacks and building a weight of smaller fish for victory.

And this proved to be the way to get plenty of action as the 120 qualifying anglers battled the conditions to land over 40 fish in total from the Whittlesey AA stretches.

Winner Paul, who earned an automatic place in the final as the organiser of Northants-based qualifiers, needed two fish and a 15lb 13oz total from his draw on Glassmoor Bank to secure the title.

It was a rapid start for him too, as both his fish fell in the first hour of the contest.

“The 9lb 4oz came within just 20 minutes and the second came about half an hour later,” the new champion revealed. “I’ve been fishing finals here since 2010 and this makes a big change for me as I normally sit here for five hours and catch nothing!

Both predators fell to roach deadbaits fished shallow under a float positioned around 12ft from the near bank and earned him a £750 payday.

Runner up Gordon Shipley, from Norwich, also needed two fish to get him in the money and he collected £500 for his 11lb 15oz total, which came from the Twenty Foot Drain.

The biggest pike of the final fell to local lad Rob Marshall, from Whittlesey, who banked a 10lb 6oz fish from his swim on the Twenty Foot. Again, it was a shallow approach which worked for him as he drifted a small roach deadbait just 2ft under the surface to tempt a fish which would earn him third place overall. 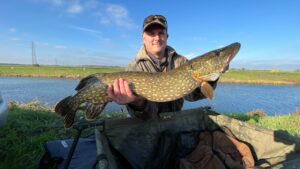 Completing the top four was Chelmsford angler Paul Southgate with two fish for 9lb 9oz from his swim on Glassmoor.

Five junior anglers took part this year and all will be receiving a tackle voucher for their efforts, but it was 12-year-old Tristan High, from Norfolk, who took the Junior trophy thanks to his 4lb 11oz pike.

He had to be patient though as the fish took his floatfished smelt just 30mins form the end of the match.

Tristan also had the honour of picking the Ladies winner, drawing Peterborough’s Rita Clarke out of the hat following dry nets for the five female competitors. 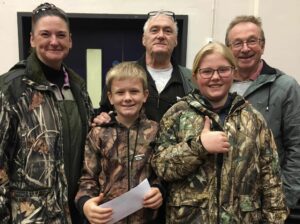 The Angling Trust would like to extend our huge thanks to all the anglers who took part this year, final organiser Andy Jackson and his team of stewards for running the event and, of course, to Whittlesey AA for hosting the match on their waters once again.

Qualifiers for the 2023 final are already up and running, you can find your local event on the Angling Trust website.