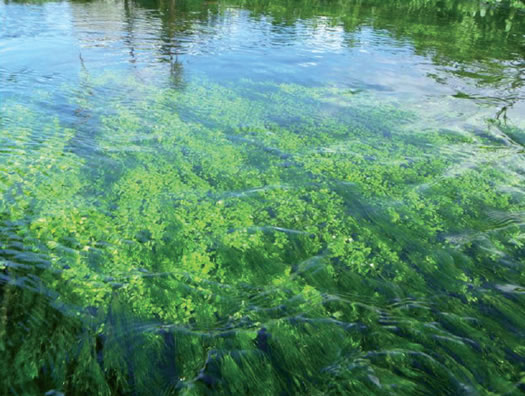 Fighting for Greater Protection for our Chalk Streams

England has 85% of the world’s chalk streams.  These precious and unique freshwater ecosystems are at risk.  They are, quite simply dying from a lack of water.  As the climate emergency takes hold,  our chalk streams are in the front line.  If we cannot save what we have, what we hold in trust for the world and future generations, we cannot lecture others on what they should be doing to protect their environment.  The fate of England’s chalk streams is the litmus test in terms how this country treats its environment.

There are a host of reasons why our chalk streams, and other rivers, are at risk.  Agricultural pollution, a decline in native species and particularly invertebrates, the introduction of non-native invasive species, development and population growth, and the fact that we simply use, and waste too much water.  On average, in Britain we use more water per-head, per-day, than most other countries Europe.

But most pressing of all are low flows and chronic over abstraction.  In recent years we have simply not had enough rain to support the level of abstraction still taking place.  There has been insufficient recharge of groundwater supplies to maintain an acceptable flow in our rivers over the summer period. And the swings from drought or extreme rainfall and back again is likely to continue as climate change makes its impacts felt.

The Angling Trust, along with local and national organisations committed to fighting for chalk streams, will continue to campaign to see greater protection for these iconic and globally important rivers.  We want to see reform of the abstraction licencing system, that allows too much water to be taken from our chalk streams; we want to see more robust infrastructure, which can deal with the strain of an unpredictable climate and a rising population; and we want to see greater investment in additional storage capacity and government support for demand management measures such as compulsory water metering.

On Thursday 23rd May 2013 the ‘Charter for Chalk Streams’ was launched on the banks of the over abstracted river Beane in Hertfordshire.  What was once a famous fishing river is now little more than a dried up ditch in parts.

The Charter followed on from a special summit organised in Hampshire by the Angling Trust and the Salmon and Trout Association and supported by WWF-UK, The Wildlife Trusts and the Rivers Trust along with local fisheries and river groups from Dorset to Yorkshire.

“The UK’s stewardship of 85% of the worlds chalk streams has been lamentable with many iconic rivers suffering from over abstraction, habitat destruction, pollution and invasive species. Both our development control and water resource planning processes are woefully inadequate. Chalk aquifers have been over exploited as an easy and cheap source of ready filtered water at the expense of the environment in general and chalk streams in particular. There is an urgent need for abstraction reform and far greater use of reservoir storage of winter run off rather than depleting groundwater sources. Scarce water is wasted as there is little effective demand management. We cannot go on like this.”

You can read our Chalk Stream Charter here.

Our fight continued and in 2019 we published Chalk Streams in Crisis.  This set out the actions government, the Environment Agency, and the water companies need to take to stop the trashing of our chalk streams.

The publication of this report was supported by a debate in the House of Commons on 22nd July 2019, led by the Chair of the Angling All Party Group, Sir Charles Walker MP.

During the debate on the plight of our chalk streams, Sir Charles Walker MP, said,

“It is important that I put the situation in context. As I said a moment ago, we have 85% of the world’s chalk streams and most of them are highly degraded. I find it extraordinary, given our own poor environmental record, that colleagues in this House lecture Indonesia and Brazil so freely on their responsibility to the rain forests. Of course, those two countries have a huge responsibility to the rain forests, but if we cannot save the chalk streams that are literally in our own backyard, what are we doing lecturing other countries on their environmental responsibilities? Saving the world does not start with the rest of the world. Saving the world starts right here, right now, doing our bit locally with our chalk streams—think locally, act globally.”

“The habitats in our country are so special. They are quite a small part of our British Isles, but they are so important to the world, which is why this Government will continue, in the 25-year plan, to make sure we pass on an environment that is in a better state than this generation inherited.”

The Angling Trust continues to campaign to keep the government to its word.

In 2020 the Angling Trust supported the publication of Chalk-Streams First, a report setting out “Permanent and Sustainable Solution to the Chilterns Chalk-Streams Crisis”.

Chilterns chalk-streams. It is based on the principle of allowing the chalk-streams first use of water that is currently abstracted directly from the chalk aquifer.

This report is seen as a major contribution to the development of a plan to manage water resources in the south east and has led to water companies and the government taking the threat to our chalk streams a lot more seriously.

There is a long way to go before our chalk streams get the protection they need, and we see once famous fishing rivers returned to their historic glory.  The Angling Trust will keep fighting for chalk streams.

“What’s So Special About Chalk Streams?”

Have Your Say on Water Management in England

Latest Assessment of the State of Our Water Environment: Damning Failure of the Government and Environment Agency