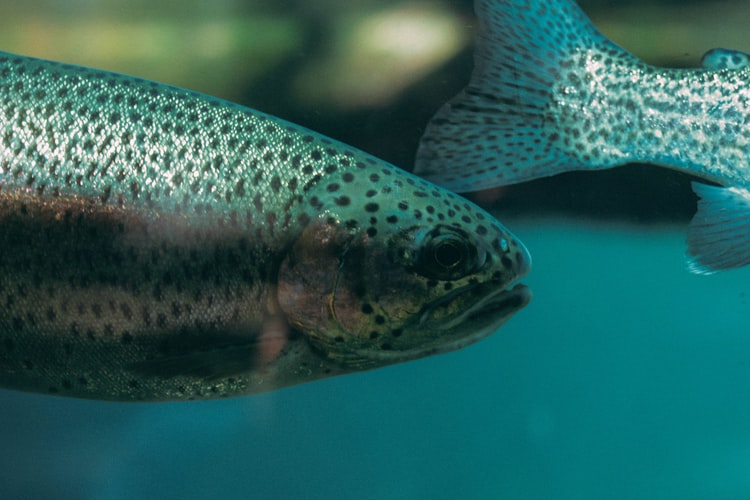 Freshwater fish populations around the world are undergoing catastrophic declines, with as many as a third at severe risk of extinction. Last year it was reported that populations of migratory freshwater fish have plummeted by 76% since 1970, and those weighing more than 30kg – termed ‘megafish’  — are on the verge of being wiped out with populations down by 94%. In 2020 16 freshwater fish species were also declared extinct.

There is more harrowing news today as a report by 16 global conservation organisations, called The World’s Forgotten Fishes, found that biodiversity in freshwater ecosystems is being lost at twice the rate of oceans and forests. The range of threats impacting on the survival of these enigmatic species are as diverse as the fish themselves. From invasive species to barriers to their migration, unsustainable water abstraction to wildlife crime, the challenges facing our freshwater ecosystems are complex. But one of the biggest threats by far is pollution.

Here in the UK our rivers are in a dire state. Last year data from the Environment Agency revealed that no English rivers met the highest chemical standards, and only 16% of UK rivers were rated as having good ecological status. Leading causes behind these grave statistics were sewage outflows and agricultural pollution. In 2019, water companies discharged raw sewage into England’s rivers 200,000 times, exemplifying the problem.

Commenting on the report, Stuart Singleton-White, Head of Campaigns at the Angling Trust said, “This is an alarming report but also one that puts anglers at the heart of the solution.  It is good to see the authors comment that “anglers are often the first to notice problems in their local rivers and lakes – and are among the most proactive when it comes to doing something about it.”

At the Angling Trust we are united in our fight for the future of our fish by taking a stand against polluters through Anglers Against Pollution and we are pressuring the Government to commit to higher water quality through the Environment Bill in collaboration with Blueprint for Water. With 85% of the world’s chalk streams being in England and home to an abundance of unique biodiversity, we are also championing their conservation from damaging over-abstraction and encouraging drought mitigation strategies in the face of climate change.”

Alongside holistic, ecosystem-based management, our work also focuses on key vulnerable species too. Atlantic salmon, which spend part of their lifecycle in freshwater ecosystems, have experienced enormous declines of up to 88% since the 1970s. Through the Missing Salmon Alliance, the Angling Trust is working hard to improve the future of wild Atlantic Salmon in the UK by supporting scientific research that is integral to informing successful management and advocacy of the species. We are also acting for crucian carp, an endangered and IUCN red list species, through the National Crucian Carp Conservation Project to promote the conservation of the species and encourage well-managed crucian fisheries.

For the future of our sport, and the environment which we are intimately tied, it is vital that the conservation and management of freshwater fish is taken seriously. The time is now.

Singleton-White went on to say, “This report has a clear call to action when it says ‘Imagine if all the world’s anglers – tens of millions of them – cast their voices in support of efforts to reverse the collapse in freshwater fish.  They would certainly hook the attention of some key decision makers.’ We are a powerful voice, we need to be heard.”

You can help support our work by becoming a member of the Angling Trust today: https://anglingtrust.net/membership/